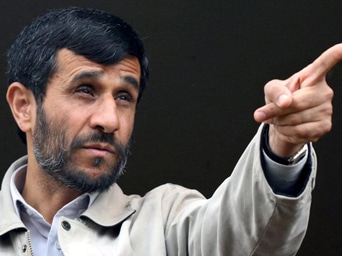 Highest level sources inside Israel’s military intelligence community are laughing themselves to death.

They took the American press “hook line and sinker” when a story was put in in what was claimed to be an Al Qaeda ” magazine” threatening Iranian President Ahmadinejad for failing to give “them” credit for 9/11.

“It took two years before the New York Times figured out that Al Qaeda spokesman Adam Gadahn, whose family helped found the Anti-Defamation League, a Brooklyn born Jew with a speech impediment, was a fake;

“Every time Gadahn would threaten someone, he reminded me of one of the Marx Brothers and I don’t mean ‘Karl’

Then we had the bin Laden problem.  As Osama bin Laden died in 2001, after repeated medical treatments at US hospitals, finding someone to issue terror threats that was either that tall or that “odd looking” took real work.  We tried short fat ones, tall skinny ones.  Some were the wrong color.  We tried paint from funeral parlors but one guy got sick.  You’d think with all the Hollywood studios we own, someone would send over a makeup man, maybe Spielberg.”

Why does all of this seem so funny?

“Without admitting anything about 9/11, Ahmadinejad simply makes it too easy for us.  He reminds me of Charlie Chaplin from “The Great Dictator.”

“Chaplain breaks me up, going all ‘preachy’ just like Ahmadinejad.  Both need to stick to comedy.”

Back to bin Laden, what was your worst bin Laden imitation?

“Do you remember the short fat bin Laden?  This one was actually African, I think he was a from Uganda.  We found him working in a garage in Tel Aviv.  He had just been fired for leaving the oil plug out of a Volkswagen I think.  Can you find that short video, the one ‘found’ in Kandahar?  I think someone left it on youtube unless one of our hasbara has taken it off again.”

Anything more about the Pentagon.  You called me about the piece I did last year.

“Oh, I remember, that really pissed Netanyahu off, he almost ate one of his shoes.  He screamed at Foxman for an hour.  Politicians, what a pack of clowns.  You know, I would have thought the junk dealers would have figured it out first.”

How do you mean?

“My daughter went to Georgetown.  Her father in law owns recycling centers, OK, junk yards, outside Washington.  He called to see if he could get the aluminum from the Pentagon crash.  We had to tell him that they were buying plane parts for the crash scene, not hauling them away.  You know, one of those planes has thousands of pounds of aluminum, there is good money in that, honest money too.”

I’ll bet.  It has to pay better than writing for a veterans rag.