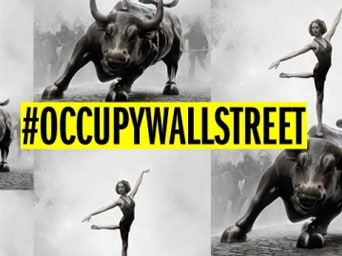 EDITORS NOTE: Keith Olbermann and Amy Goodman are covering it. Good! Now, lets read it in the NYTimes and listen to it on FOX News and other fair & balanced, and objective Media!

It’s A War Going On! It’s A Struggle 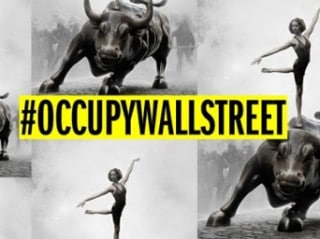 Keith Olbermann: pointed out Wednesday night on Countdown that the major newspapers had been ignoring the five-day-long “Occupy Wall Street” protests, but would have scrambled to cover a similar-sized tea party protest.

“Why isn’t any major news outlet covering this?” he asked. “If that’s a tea party protest in front of Wall Street about Ben Bernanke putting stimulus funds into it, it’s the lead story on every network news cast. How is that disconnect possible in this country today with so many different outlets and so many different ways of transmitting news?”

His guest, author Will Bunch, suggested the disconnect was caused in part by the news networks being out of touch with the pain of the 25 million Americans who are unemployed.

Amy Goodman: It is day 10 of the “Occupy Wall Street” campaign. On Saturday, more than 80 protesters were arrested as hundreds took part in yet another march to Wall Street. Many of them were committing civil disobedience by walking in the street, but some say they were on the sidewalk when officers with the New York City Police Department used nets and physical force to break up the crowd. Videos uploaded to YouTube show officers pepper-spraying protesters in the face from close range, punching demonstrators and dragging people through the street. Since Sept. 17, thousands have gathered near in New York City’s financial district near Wall Street to decry corporate greed, many have said to have been inspired by other popular uprisings from Spain to the Arab Spring. On Sunday, protesters issued a communique calling for the resignation of the NYPD Commissioner Raymond Kelly, and for a dialogue with Mayor Michael Bloomberg. Thanks to Democracy Now!’s Ryan Deveraux and Jon Gerberg for this video report.

For the complete transcript, to download the podcast, or for additional Democracy Now! reports on the the U.S. financial crisis, visit http://www.democracynow.org/tags/financial_meltdown