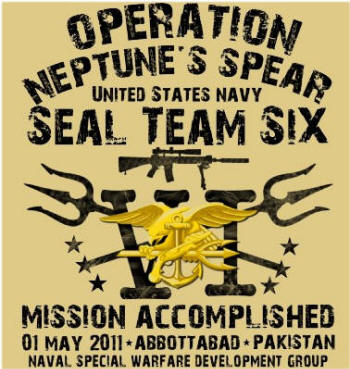 Terror Connections: Some Get Discussed – and Some Don’t 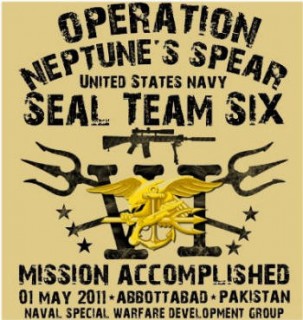 Tensions between Pakistan and the USA are escalating as the two sides are blatantly playing a blame game over the terror love child neither party wishes to acknowledge.

The root cause of the bitterness between the two actually goes back to the time when the United States Special Forces military unit violated the sovereignty of Pakistan on May 2 in an operation code-named Operation Neptune Spear under the pretext of killing bin Laden who they believed was living in a compound in Abbottabad, Pakistan.

Apart from the fact that the operation was conducted without the prior knowledge and authorization of the Pakistani government, the story of hunting down and killing bin Laden turned out to be a tale replete with contradictions and ambiguities.

The White House changed this story so many times that it now looks like a puzzle with pieces which do not come together logically.

Pakistan was infernally infuriated because as a sovereign state, it felt badly and abjectly humiliated in the first place, and in the second, it claimed it had no knowledge of bin Laden’s secret compound in Abbottabad which the US government said Pakistan had built for him a couple of years before.

All this Pakistan took as a ‘baseless accusation’. Brushing aside the bogus nature of the bizarre bin Laden’s tale, the Guardian deviously described the event as an “extraordinary discovery” and an “an enormous and dangerous embarrassment for Pakistan’s government.”

To the Pakistani government, the tale of bin Laden was not so much a source of embarrassment but the fact that the USA had launched unauthorized inroads into the country made them lose face in the region as a rather incompetent government.

This is while the Pakistani government spends ten times more on military than on health.

Local Pakistanis believe that the government spends approximately 60% of the country’s annual budget on military and intelligence issues, which comes at the inexcusable expense of child health and education in the country.

An ISI spokesman vehemently denied the allegation, claiming that the agency “had no prior knowledge of the location of Abbottabad.”

“Nobody in the Pakistani government was aware of the location of Abbottabad,” said ISI Chief Ahmad Pasha. “Pakistan has been a staunch ally of the United States in its war on terror since day one. There is no way that the ISI could have conspired to conceal bin Laden because nobody in the ISI was even aware of the existence of this ‘Abbottabad’ until Monday morning.”

Pakistan’s friction with Washington deepened even more when heavily armed insurgents wearing suicide vests launched a bloody attack on two major points in Kabul e.g. the United States Embassy and the nearby NATO headquarters on September 13 which the USA claimed to have been carried out by an al-Qaeda-linked terror group known as Haqqani.

The operation which lasted 22 hours and ended with the death of the attackers was a fiasco for the US military because the attack proved that the al-Qaeda was powerful enough to penetrate the most fortified US structures.

Washington claims that they have recovered the cell phones of the killed insurgents and that they had been used to “call Pakistani intelligence operatives before and during the assault.”

How incredible this can be is a matter of contemplation but what is evident is that the US government has utilized this so-called evidence as proof of the ISI being behind the attack, thereby exonerating itself from blame.

During a Senate Armed Services Committee hearing on September 22, US Admiral Michael Mullen, the Chairman of the Joint Chiefs of Staff, said that the ISI supports the Haqqani Network – including attacks on American forces in Afghanistan.

“The fact remains that the Quetta Shura [Taliban] and the Haqqani Network operate from Pakistan with impunity. Extremist organizations serving as proxies of the government of Pakistan are attacking Afghan troops and civilians as well as US soldiers.”

He also said that, “There is ample evidence confirming that the Haqqanis were behind the June 28th attack against the Inter-Continental Hotel in Kabul and the September 10th truck bomb attack that killed five Afghans and injured another 96 individuals, 77 of whom were US soldiers.”

Calling the Haqqani network the veritable arm of the ISI, Mullen stated that the “Haqqani Network–which has long enjoyed the support and protection of the Pakistani government and is, in many ways, a strategic arm of Pakistan’s Inter-Services Intelligence Agency–is responsible for the September 13th attacks against the U.S. Embassy in Kabul.”

In an interview with Al Jazeera, Pakistan’s Foreign Minister Hina Rabbani Khar denied US accusations against the Pakistani intelligence agency, and said ‘the CIA (Central Intelligence Agency) also has links with many terrorist organizations around the world, by which we mean intelligence links.”

Also, Pakistani Prime Minister Yousuf Raza Gilani said that his country would ‘not bow to US pressure and that it would ‘do no more in the ongoing war against militancy in the region.’

Looking with a favorable eye on Pakistan as an obedient ally and as one who can steer forth US goals in the region, the US government is now embroiled in a political predicament.

The two sides are at loggerheads over Haqqani network.

One is not quite sure if there is any degree of truth in Mullen’s comments but one can say his comments were all uttered in complete political indiscretion. In other words, they did not well serve the interests of the US government.

Ties with Pakistan can safeguard security and longer presence for the US troops. At all events, Mullen, who will step down soon, has only ruffled Washington’s feathers ‘by the tone and content of his comments’.

The ties have been strained to the extent that there has emerged a war of words between the two countries.

What matters at this point in time is that Pakistan has turned into a hotbed for terrorists and that the government should make every effort to stall the mushrooming process of militancy in the country and take firm steps in eliminating poverty which is paralyzing people on a daily basis.

The first step in combating militancy is apparently starting with the ISI itself which has contributed generously to the emergence and burgeoning of extremism in the country. And this is of course not meant to justify the notorious CIA which is responsible for creating and training terrorists.

In the final analysis, Pakistan’s ultimate salvation will be achieved when it puts reins on the furtive activities of the ISI and stops playing in the mischievous hands of the US government and its by-machine.

[Editor’s Note] Our Intel sources have been telling us for years now that Israeli operatives are very active in Pakistan and Afghanistan creating mayhem primarily through car bomb attacks which are so easy to do. We hear RAW is involved also, and despite the security ‘training assistance’ Israel is engaged in with them, Israel is never gets media coverage on it. It must be a miracle.  Jim W. Dean.