Home Veterans Book Review: The Invention of the Jewish People by Shlomo Sand 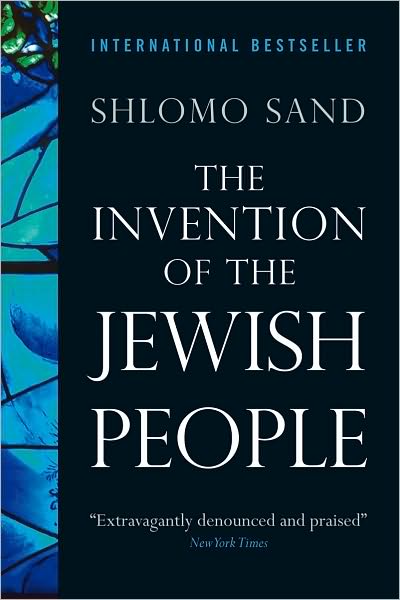 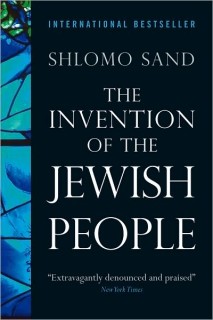 Book Review: The Invention of the Jewish People by Shlomo Sand. 2009. Verso Books, London and New York. English translation from the Hebrew by Yael Lotan.

In this book, Shlomo Sand, an historian at Israel’s University of Tel Aviv, and part of a “post-Zionist” movement contesting this “imagined universe” with its “mythological kingdom of David”, accuses rabbinical Judaism of avoiding its own history. He is firm in challenging “the nationalization of the Bible and its transformation into a reliable history book” and its basis for “the sacred trinity of Bible-Nation-Land of Israel”.

Nowhere within Rome’s detailed records is there documentation of an expulsion from Judea that could be a basis for an “Exile” and a “Diaspora”. Rather, Judaism’s history has been one of converting non-Semitic peoples. Judaism was historically evangelistic, and within officially polytheistic Rome, itself struggling with hedonism and corruption, the monotheistic religion offered moral grounding for converts. From there Judaism spread throughout the Empire, only to slow in the fourth century when a repressive Christianity, having become differentiated from its Judaic root, became official state religion.

Proselytizing and conversion to Judaism was widespread in the Mediterranean and north into the Caucasus. In particular, the now vanished empire of Khazaria, which extended from the Black and Caspian seas well into Russia, underwent massive conversion to Judaism in the eight century, thereafter to become the primary source of Jewry in Eastern Europe. This was an accepted history among scholars until the 1970s, when it became condemned as anti-Semitic by what Sand refers to disparagingly as “Israel’s establishment historians ” occupied in inventing the eternal history of the “people of Israel’ “. Sand writes that the “Exile”, in fact a creation of early Christians, was ultimately accepted by Jews and evolved into “truth engraved in history”.

Zionists have concealed the historical conversions to Judaism, adopted the Old Testament as the “storehouse of national memory” and created a “metanarrative” of contemporary Jews as stemming from the Jews of the Bible. Sand refers to this ethnic identity as “wholly fictitious [but] discriminatory” and portrays Jews as “a heterogeneous mosaic of human populations” emanating from “a great variety of cultural-linguistic groups, each with a distinctive origin” and no more a race than Christians are. But “[W]ithout the Old Testament in its hand and the ‘exile of the Jewish people’ in its memory, it would have no justification for annexing Arab Jerusalem and establishing settlements in the West Bank, the Gaza Strip, the Golan Heights, and even the Sinai Peninsula.”

Meanwhile, periodic emigrations out of Judea through history were voluntary, not forced. Also, in the seventh century there was an invasion by Arabs leading to a mass conversion of Judeans to Islam due to an imposed tax system exempting Muslims. Until the rise of contemporary Palestinian nationalism, it was widely accepted that Palestinians were descended from original Judeans, with admixtures of other bloods. However this view is now condemned, as it is obviously inconsistent with the Zionist mission.

Sand describes Judaism as “a major religious culture” in which, over time, “communal isolation ” eventually became their distinguishing mark.” The nationalistic Zionism seen now on the world stage arose in 19th century Europe not through religion but within a secular and separatist Yiddish culture unlike Jewish communities elsewhere that were inclined toward association with surrounding cultures. It is this distinctly Yiddish brand of Judaism that has yielded an Israeli nationalism that “explicitly and culturally segregates the majority from the minority [and that] promises eternal proprietary rights to an even greater human mass that does not choose to live in it.”

A distinct Israeli culture has now developed in which privilege is reserved not only for the Jewish majority within Israel but also for the world’s Jews. As the old Yiddish culture has waned, Israel has been able to consolidate substantial political power through its worldwide Zionist network. But although overseas Zionist Jews who live close to the “centers of power and communications” of Western democracies may see Israel as a potential “reserve home”, they prefer to remain in the “rich, liberal, comfortable ‘diaspora’ “. Sand points out that emigration now exceeds immigration in Israel, and he warns that Jewish Israeli society will endure only if it can “cease isolating itself in the name of a fanciful history and dubious biology and excluding the “other’ from its midst.” Support for Zionism among Jews of the world is now found primarily in those over 60, but it is waning among the young, and mixed marriages are on the increase.

The scenario of people largely of Euro-Russian blood, armed with myth and a religious book, displacing in the name of “return” the people genetically best representing original Judeans, is irony of colossal proportion. Still, understanding the events coming out of what Sand calls a “surgically improved” Jewish history is important for all Americans wanting to understand current events. America’s global reputation is due, in no small way, to her lead in creating and maintaining the state of Israel and, by extension, in the assault on a blameless people — facts carefully sidestepped in U.S. news coverage but nevertheless at the heart of much rage in the world that is directed at the U.S.

(This review appeared at OpEdNews in February, 2011)