Home Veterans Was the “War on Terror” Really a Cover For a New American... 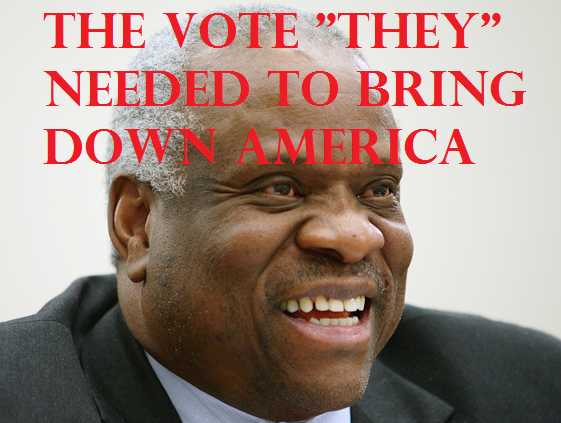 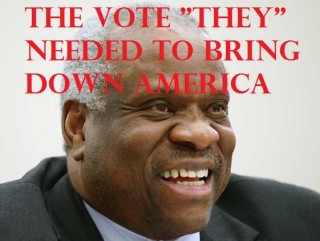 Ruppert, aided by DEA and FBI “rogue” agents still loyal to the United States, began his own war on drugs. His website, www.copvcia.com and publication, From the Wilderness, exist in a ghost like state.

Ruppert was threatened, fled the country to Venezuela, then to Canada, was poisoned but survived, taking two years to recover.  He was the subject of this 2009 Oscar winning documentary:

Ruppert broke the drug story first, and, as you note from the video, was one of the first to note the depth of the financial crisis that is evolving as I write.

Years ago, when he traced the flood of drug money into the US, buying police, buying governments, UN controls were subverted and funds flowing into political races was limited.  You could buy a crooked cop but you couldn’t buy a president, though a couple seem to have been “rented,” something we will be looking into in the coming weeks.

Thus, Americans have found themselves in a new position.  They have to ask themselves this question:  When is a person less than a person?

At one time such discussions involved race or ethnicity, sexual orientation or religion.  Now we have one answer:

When that person is not a corporation with sufficient liquidity, be it from oil, weapons or even laundering narcotics profits, to buy political power under the wild and irresponsible definition applied by 5 Supreme Court justices.

This is more than legalizing bribery or even money laundering.  It is an open admission that, not only is America not a democracy, it is no longer a republic.

The term “monarchy” implies leadership.  Even “kleptocracy” implies a measure of order, though that order is, in itself, criminality.

As pointed out by Vladimir Putin, America has become “parasitic,” not just on the world, eating resources, bullying, coercing, but it has chosen to feed off its own population and has, in that process, officially certified “humanity” as an inferior subspecies suitable for being bred as draft animals, even for food.

Corporations and those that serve them, our governments, our police forces, our military, are in symbiosis with a parasitic species that will eventually have to be eradicated if mankind is to survive.

Read the news, apply these descriptions, these definitions, this nomenclature.  Is this a working hypothesis?

This is where the Supreme Court’s decision to allow unlimited corporate political contributions comes to the surface.

This 5/4 vote, with the 5 crooked judges, the ones who put Bush in office after he lost an election, the ones who continually vote away our rights, got away with something akin to murder.

Over the last few decades, an international mechanism has been put in place to control money laundering.

States that fail to follow rules on bank transactions, movement of cash, the endless flow of bribe money, drug money, that has bought and sold governments for centuries, have been isolated and eventually brought under control.

This left the real money laundering to intelligence agencies with their private contractors, their private air forces that move cash by the ton, the CIA and Mossad not the only ones by far, the French, the Russians, the Turks more than involved along with Pakistan’s ISI and India’s RAW.

Diplomats have laundered cash, drug money, particularly any Bush envoy and even members of congress, both House and Senate, have carried financial instruments worth hundreds of millions from nation to nation to circumvent UN conventions on money laundering.

Without such laws, there can be no free governments, no free elections.

Then the US Supreme Court did a very strange thing.  It decided that corporations could send unlimited money on elections as part of their “free speech’ as “individuals.”

There is nothing in the Constitution that establishes corporations or gives them rights over normal humans.  In fact, a corporation can now be the most powerful person in America if not one stockholder is American and the corporation has only one “registered agent” in the US, and even he doesn’t have to be an American citizen.

What isn’t said is this:  The Supreme Court decision fully circumvents UN conventions on money laundering.  Any normal legal controls that would prevent the movement of bribe money, drug cash by the billions, is now considered, according to US law as “protected speech.”

Yes, the Supreme Court made corporations “people.”  It also turned “money” into “speech.”

This is how corporations talk and any attempt to enforce international laws is now, by US law, an infringement on the “free speech” of corporations.

So if a dictator somewhere or a drug baron, cares to buy congress, and, I assure you, they already have, the FBI can do nothing.

There can be no investigations, Interpol can’t be involved, the UN can’t stop it, no international court has authority, as it does in every other nation.

American criminals are now, not only above the law, they constitute our government itself.

The driving force behind this change was the need to provide “political expression” for the $80 billion dollars of drug money flowing out of Afghanistan.

This money would no longer be secure unless 100,000 US troops was there to provide security for the drug production, aided by 100,000 more private contractors, all paid for by the US government.

It is the same government that is now bought by that same money as carefully arranged by 5 members of the US Supreme Court carefully appointed for this purpose and others.

Those others include sitting silently by American leaders become war criminals, invasions, kidnappings, torture, constitutional rights violated, habeas corpus suspended, and not one word from the Supreme Court because Justices like Clarence Thomas, ducking impeachment for financial issues for years, are allowed to run our government, a front for the drug barons.

Massive incontrovertible evidence now indicates that the Bush Administration, at some point, recognized drug revenue as a powerful political tool to control America and much of the world.  Working off the “Bush I” model, the Iran/Contra drug cartels, at some point, perhaps as early as 2002, America went “rope-a-dope” on the War on Terror and guarding our southern border with Mexico and “full speed ahead” with flooding the world with narcotics.

Whether you believe Afghanistan was involved in 9/11 or are a part of the ever increasing numbers who view 9/11 as a Bush conspiracy, one fact is inexorable.

America has built the largest drug empire imaginable in Afghanistan, not just “looking the other way,” but spending millions on improving opium harvests and building a heroin processing industry.

American military and intelligence resources have been used to distribute drugs worldwide and handle tens of billions of dollars in narco-profits.

The US Supreme Court went as far as to, by a 5/4 margin, as is so often the case, legalize drug profits to be flooded into the American political system.

The “corporations” given unrestricted rights to “donate” to campaigns are doing so with laundered drug money, now approaching a billion dollars an election cycle, buying, not just members of congress but governors as well, invariably Republicans for some reason.

The numbers themselves are staggering.  Between 60 and 80 billion dollars in heroin is now produced in Afghanistan, distributed worldwide, trucked into Russia, flown to Europe and America.

At the same time, America’s border with Mexico sits open, for a decade now, 8 years of Bush administration partnering with the Mexican drug cartels, trucking narcotics across America with full continuity into the Obama administration through the Department of Homeland Security, CIA and Pentagon.

It isn’t like anyone doubts this.  We talk of 30 million illegal aliens but not of the truckloads and planeloads of drugs that enter the US every day.

Fleets of vehicles distribute narcotics across the US, to municipalities whose police, whose courts, whose local governments are increasingly being paid, not just to look the other way, but to fully participate.

Yet all we see is a half dozen photos of Marines walking through poppy fields in Afghanistan, not the dirt cheap heroin that children in Americas schools can buy on the playground.

In fact, there is no reporting of any of this at all, not even in the midst of the “Operation Fast and Furious” scandal where Homeland Security and the Drug Enforcement Agency were caught arming cartels with weapons used against American law enforcement personnel.

The real findings from “Fast and Furious” were more than guns, but one of the dozens of times law enforcement stumbled over the mechanism of America’s narcotics driven economy.  When is the last time you heard about the “War on Drugs?”

The answer is simple.  America changed sides.  Talk to your children about drugs, how cheap they are, how easy to buy.

Then take a good long look at your government, your police, your courts, your judges and prosecutors and the gang in Washington. How serious is the drug problem in America?  Why isn’t it being reported anymore?  Who has that kind of power? Why the silence?

Think money, enough money to buy anyone, anywhere.  Where do you think the mysterious millions come from that pay for our elections.

It used to cost $10 million to run a presidential campaign.  Now some members of congress in rural areas, nearly unopposed, spend that and more.

Our last congressional election cost $1.2 billion and nobody knows where that money came from and nobody can ask.

Tracking down money, bribes, drug money, it doesn’t matter, kickbacks from crooked banks, part of the trillions stolen by defense contractors, “following the money,” as long as some of that money is paid to politicians is now a violation of “free speech.”

In fact, with a little checking, there are very few crimes that have not been “legalized” for corporations, for members of the government.  They are all above the law.  They can’t be sued, only those that speak up can be arrested but are usually murdered.

Now, sometimes, out of “kindness,” the drug barons simply remove them from office using a flood of cash sent into the US with the help of the Supreme Court.

If you think any of this is made up, find a law enforcement official and send this to him.

Ask if it is possible to investigate corporate campaign donations, even if it is knowingly drug money.