Home Life Supremacists on ‘The Wandering Who’. 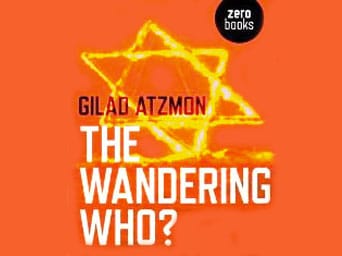 Two days ago I referred to a critique of ‘The Wandering Who’ written by Mark Gardner. Gardner is a rabid Zionist and Jewish supremacist who tends to conflate Jewish Nationalism (Zionism) with Jewish ethnicity.  However, Gardner’s criticism of my book was, in the main, intelligent and fair, though certainly not free of error.

Yesterday, I found out that The Occidental Observer, a White Supremacist magazine, also published a lengthy review of ‘The Wandering Who’ written by Prof. Kevin MacDonald.  Like Gardner, MacDonald also conflates Jewish ideology and culture with ethnicity. His most controversial claim is that a suite of traits that he attributes to Jews, including higher-than-average verbal intelligence and ethnocentrisms, have eugenically evolved to enhance the ability of Jews to outsmart non-Jews in the competition for resources while, at the same time, undermining the power and self-confidence of the white majorities in Europe and America who, he insists, Jews seek to dispossess. Just like Gardner, MacDonald produced an interesting text, though Macdonald’s was somewhat more scholarly.

Although both are supremacist and ethnocentric thinkers, Gardner and MacDonald seem to be in a kind of dispute. Zionist Gardner insists that ‘The Wandering Who’ contains elements of ‘cultural racism’ though he fails to inform his readers what ‘cultural racism’ is.  As far as I’m concerned, cultural racism is a misnomer. Criticism grounded in the racial origin of a group is, quite simply and obviously, racist. But criticism levelled at the culture or the politics of a certain group is not. It is simply and literally political or cultural criticism. I suspect that Gardner attributed the notion of ‘cultural  racism’ to my work because he could not find a single ‘racist’ element in my book or in any of my writing.

MacDonald however, is actually frustrated with the lack of any biological determinist or racist reference in my work.

“Atzmon completely avoids any mention of modern population genetic studies that show conclusively that Jews are indeed an ethnic entity and that widely dispersed Jewish groups are more similar to each other than to the peoples they have lived among for hundreds or thousands of years. Instead he relies on Shlomo Sand’s The Invention of the Jewish People to argue that Jewish peoplehood is an invention of the 19th century resulting from the influence of German nationalism.”

In ‘The Wandering Who’ I contend that there is enough in Jewish culture and ideology to explain the devastating continuum between hardcore Zionism, Israeli crimes and worldwide Jewish institutional support of these crimes. There is also enough in Jewish culture to explain why the Jewish ‘left’ is engaged in constant gate-keeping of the Palestinian solidarity movement and the anti Zionist discourses. The issue resides in the culture, not in the genes.

I believe that my writing produces a satisfactory critical argument of any form of Jewish politics, both Zionist and anti Zionist.  But….it is done without a single reference to Jewish ethnicity, race or origin.

Yesterday evening I stumbled across these beautiful lines by Indian Guru Satya Sai Baba. If you really want to know what I think about race, ethnicity and origin, let Satya Sai Baba speak on my behalf.

“There is only one RACE

The race of humankind

There is only one religion

The religion of LOVE

There is only ONE language

the language of the HEART”