Home Health Keeping the Lid on The Congressional Pressure Cooker 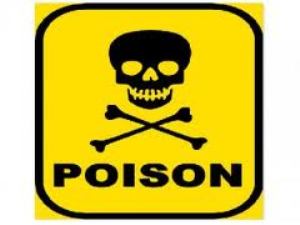 Many veterans have simply given up in the battle over Agent Orange. With so many no longer alive there are fewer voices to tell the stories. As I have been writing, this IS NOT an issue confined to Vietnam as we all know. Agent Orange was used in many countries and local communities, forests, and along the nation’s highways back here at home.

With Agent Orange legislation the focus of committee hearings in both the Senate and House, this is not the time to cut and run. This is the time to keep the lid on the pressure cooker and not let up. As I said in Friday’s column, the government and the chemical companies devised a game plan early-on to divide the enemy (the US veterans, civilian populations, the government contractors, and the USO volunteers), keep each isolated as much as possible, and wait out the inevitable time period when our numbers die off.

We will never know to what degree collusion between government agencies and the chemical companies has occurred because the way the system works, there has been no simple way to drag them all into court, present all the evidence, and let the jury decide. No, the cards are stacked against those with claims, with “tribunal-type systems”, which restrict access to justice. Decisions are being made by bureaucrats based on applications that have to be made without full access to all the facts. Since the government controls the records/files, and can hide behind the cloak of secrecy, it becomes a steep uphill climb for an individual to justify his/her claim in many instances. By keeping each group separated…“boats on the ground”, blue water navy, civilian contractors, and USO volunteers, each must navigate whatever legal channels can be opened, which is beyond the financial reach of most.

Those who have had the most success, surprise-surprise, is the civilian populations here at home, which have held the government fully accountable in many cases, because they have all the “tools” available. There’s the EPA, subpoena powers of the legal system, rules of evidence, testimony under oath,  the threat of criminal prosecution, fines, and of course “the court of public opinion”. There is also the ability for attorneys to hit “the big home-run” from settlements, but any suit against the government or Big Chemical is an uphill battle, and perhaps in the case of Agent Orange, attorneys do earn their keep.

Still the government role as enabler and collaborator with the chemical companies can no longer be denied. The four year investigation ending in 1987 at a cost of $43 million was canceled, according to the Centers for Disease Control (CDC) in Atlanta, “because it could not accurately determine which veterans were exposed to the herbicide used to destroy vegetation in Vietnam”. That claim in and of itself is bogus. The military has records showing personnel deployment and Agent Orange use. It doesn’t take a rocket scientist to compare the two.

The American Legion, Vietnam Veterans of America and other veteran’s groups are charging a massive government cover-up on the issue because of the hundreds of millions of dollars in health care and disability claims that would have to be paid. The results of government run scientific studies are rigged, claim many veterans, to exonerate the government which conducted the spraying and the chemical companies which produced the herbicides. This became an essential part of the government’s deniability program once the Supreme Court ruled the chemical companies could not hide behind “government contractor exemption from liability”.

Charges of a White House cover-up have been substantiated by a report from the House Government Operations Committee. That report, released August 9, 1990, charges that officials in the Reagan administration purposely “controlled and obstructed” the federal Agent Orange study in 1987 because it did not want to admit government liability in cases involving the toxic herbicides.

By the early 1980’s, the denials of the US Government, the Veterans Administration, the US military and the chemical companies regarding Agent Orange/dioxin toxicity began to fall apart, not because of the Vietnam veterans who were just pawns in the government’s chemical warfare experiment, but because communities at home, here in the US, began to disclose Agent Orange problems as well. When cases began to develop in the civilian sector showing whole communities and forests with dangerous levels of contaminants in the soil and water tables there was no place left to hide.

Communities such as Times Beach, Missouri entered the public eye. Times Beach, Missouri was an idyllic little community about 20 miles from St Louis. Unknown to the residents of Times Beach, dioxin-laced oil had been sprayed on the town’s roads to keep the dust down during the 1970’s. The contamination was so bad that the government decided that the only way to save the town’s residents from further damage was to buy them out and move all the residents. In early 1983, the US government spent $33 million buying the homes and businesses in Times Beach and relocating all of its 2200 residents.

Three years later, in 1986, the Centers for Disease Control released a report that showed that mobile home residents located near Times Beach, were suffering liver and immune system damage as a result of their exposure to the dioxin-laced oil that had been sprayed on the dirt roads in 1971. Times Beach is a ghost town today, cordoned off from public access.

All of a sudden it was no longer just a bunch of disgruntled veterans shouting for justice. The problem had come home to America. Times Beach was soon joined by Gainesville, Florida; Nitro, West Virginia; and other towns and cities which became contaminated as a result of chemical spills, manufacturing emissions, or the disposal and destruction of leftover supplies. Then upon further investigation of military bases around the globe and input from concerned citizen in other countries where Agent Orange was stored or used, the cat was out-of-the-bag. The only way the public was able to find out about how wide spread the problem was is because of the rules of evidence and disclosure our court system forced upon those holding the secrets. Yet it continued to deny that Vietnam Veterans who only had the tribunal system under which to seek coverage.

This is why the pending legislation in Congress is so important; not just because it addresses the blue water navy. It is because there is now wide spread recognition that Agent Orange is the real healthcare problems veterans having been shouting about for FIVE DECADES. We must force the government, through legislation to open up this can of worms for all to see. Until there is a REAL STUDY of the AO issue, full disclosure of every application, testing location, storage and disposal, along with matching personnel records with those locations, the truth will not come out.

Congress must go well beyond S-1629 that would include the blue water navy in the Agent Orange coverage arena, and go the “full-monty” to provide a complete study, devoid of government interference, political considerations, and chemical company interference. This time let’s put all the pieces of the puzzle under the microscope including the veteran concerns, military bases, civilian instances, and the effects on future generations left with the potential genetic abnormalities (certainly if medicine can detect potential birth defects from amniocentesis, chromosomal analysis could be provided to better predict what lies ahead for the offspring of those already exposed).

Furtherance of the piecemeal approach to solving the issue plays into the hands of those responsible and is not fair; it borders on criminal neglect.