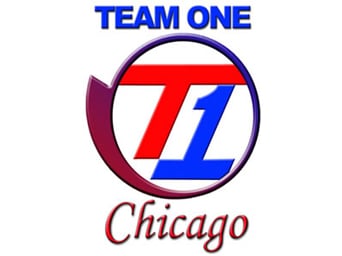 The sports figures lent their star power to a kickoff event by the Hines VA Hospital, in partnership with the Jesse Brown VA Medical Center, aimed at raising awareness of VA programs available to veterans who are without homes or are at risk of losing their homes. Former hockey player Sevard pledged a $5,000 donation from the foundation that bears his name to help former servicemen and women in the Chicago area who have fallen on hard times.

Keynote speaker VA Under Secretary for Health Robert Petzel reminded attendees of the approaching Chicago winter and the need to be certain no veteran is left exposed to the elements.  Donald Hendrick, a veteran who reached out to VA for assistance and now works for VA, spoke of his own struggle and how the resources and support he received changed his life.

Hendrick credited VA with saving his life.  “If it wasn’t for the VA, I wouldn’t be here,” he said.

In keeping with President Obama’s vision to honor and support the men and women who have preserved our freedom, Veterans Affairs Secretary Eric K. Shinseki has established a priority goal of eliminating homelessness among veterans by 2015.

VA chose Chicago as one of 28 locations to spearhead this mission. On a single night in January 2009, more than 75,000 veterans were homeless across the nation, and in that year about 149,000 veterans spent at least one night in an emergency shelter or transitional housing program. “Those who have served this nation as veterans should never find themselves on the streets, living without care and without hope,” Shinseki said.

In addition to providing housing, employment and health care services to veterans who are homeless, VA’s campaign aims to prevent homelessness by connecting veterans and their families with support before they lose their housing. Veterans lose their homes when financial, employment, health or legal challenges overwhelm them. Veterans can obtain access to services for all of these issues in a one-stop hotline through the VA National Call Center for Homeless Veterans, 1-877-4AID-VET, staffed by trained counselors 24 hours a day, 7 days a week. This year, VA expects to spend $3.4 billion to provide health care to homeless Veterans and $800 million for specialized homeless programs.