Home Government America Is Angry And For Good Reason 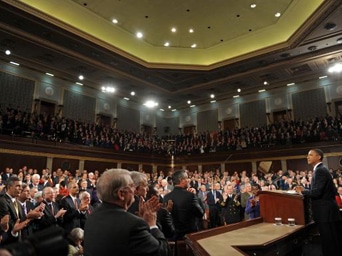 Our  political system is so corrupted by money, greed, bad faith, and contempt for the people and it’s citizens, it’s now a danger to all of us!

A special breed of political and media consultants who sell us scruple-less idiots and demagogues as choices, where the costs of running for a House seat averages about $2 million every election cycle and where running for a Senate seat costs around $20 million while a presidential election with costs that can run up to a billion dollars is just beyond the realm of normal corruption by a system with holes abused by a few criminals.  Now, it’s criminal danger to every human being not only in the USA, but on the planet.

Is this the democracy that Jefferson or Adams dreamed of?

We are angry at a two party political system that has paralyzed the nation and its agenda for too long;  a party system, Democrats and Republicans, that are driven by a bi-polar ideological divide beholden to special interests and groups.  This groups get their dictate from a certain foreign embassy who is funded from within our shores by AIPAC and its agenda.  In short, it’s a two party system and a Congress that is the most and best money can buy.

Is this the democracy our State Department wants to export to the world and to the Arab Spring?

We are angry at a political system that favors incumbents with vested interest in a seniority system that is highly rewarded by special lobbies with no limitations on tenures and were members of the House or the Senate can stay in until they are in diapers and become senile and yet, they keep winning and keep raking up the special health and retirement plans denied to all Americans.

We are angry at a political system that allows out of state and out of district money to influence local, congressional and senatorial elections and where money counts more than votes and where we as citizens as voters do not have much choice or influence over a corrupted political process where money is every thing.

We are angry at a financial and economic system that favors the very rich, favors Wall Street, its bankers, its lawyers and financial analysts. A financial system that simply sucks the blood out of the hard working people of America and take us to the cleaners every few years if not every day. The ills of our economy and loss of jobs did not start with the working people of America; it started and ended with a corrupt Wall Street that has nothing but contempt for the working class of this nation.

We are angry at our system of government that till this day does not recognize education as a basic human right guaranteed by the US Constitution and are angry at a political system that discriminates between children who live in poor and rich areas and does not equalize the funding of our schools so that children, irrespective of the district they live in, can have access to the same education and same funding, and once again, we perpetuate inequality that starts with kindergarten and continues through high school.

America, with its great world class institutions of higher learning, does not count education as a right?  Why?

We are angry at a political system that forces our children seeking college educations to go into debt to the tune of hundreds of thousands of dollars simply to get a 4-year college education. Unlike countries in Europe and the Far East were education is within the reach of every one who is smart enough and diligent enough to want a college or graduate education.

Our Congress makes its so easy for greedy investors to make a killing on student loans.  Its’ criminal!  Simply ask any graduate of medical, law or graduate school how much debt he starts his working career with?  It’s appalling!

We are angry at a political system that is out of tune with the country, its needs, and its heart beat and its people, a political system that is driven by and managed by media tycoons who own and control politicians and with enough power and influence to take us to wars that we have nothing to do with. War organized by self-serving groups of ideologues who wanted to test their theories and ideology with the blood of our brave men and women and special groups who wanted to test their loyalty to other nations with our tax dollars.

We are angry at a political, financial, economic and legal system that simply rewards greed and corruption, where big time corporate managers and owners can cheat the government and us of course us tax payers out of tens billions of dollars, only to get a slap on the wrist, and a few millions of dollars in fines and have an audacity to run for and win political office.

We are angry at such a system that so far, after years of the economic meltdown of the nation and ruined us as citizens, as taxpayers and homeowners. Yet no one has gone to jail for the crimes committed in trillion dollars of fraud perpetuated by banks, Wall Street and the Federal Reserve of course with collusion from a very appreciative Congress happy with the billions in financial contributions to election campaigns.

How many millions of Americans lost their homes to foreclosures, seen their only saving disappear as their property values took a nose dive? How many millions of people lost their retirement plans, hard earned dollars they put in their 401Ks and in pension funds in major corporations while Congress and Wall Street enjoyed the good life.

Did our politicians and the Justice Department ever wonder how and why such big companies and corporations simply go out of business or go bankrupt wiping out billions of dollars of the people investments only for Wall Streets and their buddies to resurrect these corporations making a windfall profit for certain groups of people and individuals? Did any one wonder how General Motors or Chrysler simply went under and then resurrected and did any one wonder the role Wall Street played in all this?

We are angry at a political system that does not hold politicians accountable for their votes to take us to wars, to take the nation and its citizens to financial ruin and deny us our basic rights of decent life and a decent opportunity in a country we built with our hard work and sweat.

We are angry with a Congress that put the interests of Israel ahead of the interests of this nation and its people. A Congress were candidates must make the pilgrim to Jerusalem and Tel-Aviv seeking blessings and endorsements while forgetting to visit the ruins of small towns, factories shut down, the tens of millions of unemployed.

We are angry at a Congress that and administrations that provide loan guarantees to a foreign nation like Israel to build first class housing for its criminal trespassers on stolen land while tens of millions of Americans live in poor substandard housing all over America. A tour of South East Washington is a good example of this.

Perhaps it is time to overhaul our entire political and economic system that failed us as people, as taxpayers and as a country and go back to the very basic ideas and principals that made this country a great nation. We need a new social, economic and legal contract with our government and our representatives and for sure we need to put Wall Street, its bankers, its lawyers and financial analysts out of business and take back our economy.

We need to give business managers the right to manage their companies for the benefits of both stockholders and workers independent and free from the daily interference and dictates of Wall Street where young ambitious and scruples financial annalists’ have a God say over the value of our stock and investments if not our jobs and our lives. We need to take back America from our Congress, from our politicians and from our Federal Reserve, certainly from Wall Street and once again empower the “we the people”.

I called on my fellow Americans back in April 2011 to take up the cause of call to action  (Americans First, A Call to Action) and then later in July with American Fall, but Not Spring with publications in both www.veteranstoday.com and www.jeffersoncorner.com. I also wrote America First, Why Not?  The Occupy Wall Street movement should not have come as a surprise.  Move over Tea Party, the American people are taking charge for real this time. Yes, there is always hope and yes, we the people will turn the nightmare to dream once again.