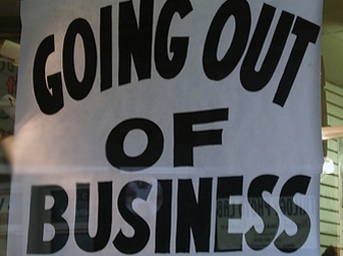 Business as Usual? What Business?

America is in the middle of a very real revolution, same as Libya or Egypt. It has begun, people have tasted power and they aren’t going back just because the corporate press sends out their hyenas. Americans can no longer afford to be led around by political parties, the Israel lobby, abortion and gun control issues or terrorism paranoia.  It was all a con from day number one.

A good friend of mine who worked in the White House sends me list of prominent Bush officials who were into homosexual rape and ritual bondage. It isn’t a small list.

Should we publish it? This is a second source on the same thing. All the while, these are the folks talking “terrorism” and “family values.” Not only were they pushing agricultural implements up each others digestive systems from the “south end” but the same sources are clear on something else.

The Bush White House actively planned the 9/11 attacks itself and it wasn’t a few that knew about it. Everyone knew. Dozens of Bush officials have come forward, asking their names not be made public.  The story is the same.

“Our families would be killed, we would be killed. Everyone knew it was going on. Former President Bush, was still running it all, his son was never president. Cheney was the ‘inside man’ for ‘Poppy Bush’ who set it all up with the gang from PNAC (Project for a New American Century) and dozens of holdovers from the first Bush administration. The entire war on terror was a fabrication.Some of the people from PNAC tried to stop the 9/11 attack. They were crushed. Nobody could do anything, especially after the Patriot Acts were passed. The Bush White House was like working in an insane asylum.” (Bush official this week)

Some made billions and others who wanted to talk, left the United States after promising to keep their mouths shut. FBI and CIA employees who stumbled over parts of the plot, who never had the whole story but who tried to report it as though it were genuine terrorism were either arrested under the Patriot Act as with Susan Lindauer or officially “gagged” as with Sibel Edmonds.

One former UN Ambassador was arrested for terrorism and one heroic CIA asset named Osama bin Laden was labeled a terrorist but died soon after 9/11.

THE BUSH GAME, STEALING ALL THE MONEY IN THE WHOLE WORLD

Here is a factoid for you, genuine classified information, something you are officially forbidden to know, leaked from the bowels of America’s government:The total worthless “derivative debt” held by major banks is officially estimated at a staggering $ 1,400,000,000,000,000.

This is according to a State Department memo that got sidetracked somehow. In Washington, they pronounce this as “one point four quatrillion dollars.” America’s official national debt is around $15,000,000,000,000. Note the number of missing “0’s?”

This is only “fifteen trillion.” When Jimmie Carter left office our national debt was “one trillion” with “0” derivative” debt.

For a look at what is planned for America, take a moment and watch this video on the economic meltdown in Greece and how it effects everyday life:

This is America’s future, garbage in the streets, long lines at “free clinics” for medical care, children who will never see a dentist, malnutrition, more crime and a prison population, already the largest in the world, that will explode. America is the new “gulag.”

DIVIDE AND CONQUER, WHY AMERICA FELL TO WALL STREET

9/11 had one purpose;  to allow a globalist cabal to loot the world, not just oil but set up Afghanistan as a drug haven, begin the same in Iraq, a fact unreported, and reassert the same control over world governments that the west did during the Cold War. We have a new chessboard now.

China is awash in money but still willing to play “sweatshop” to the world, and Russia is run by organized crime, something not even whispered anymore.

Both the US and EU are under the total control of a global police state ruled by a gang of financial criminals, civilization as foreseen would be stopped in its tracks. A new “dark age” would descend and has. The promise of technology, clean water, electricity, education, health care, reliable food supplies, global trade zones ending traditional ethnic divides, all of these things had to be stopped.

The Tool to Move Civilization Backward was to be the “Global War on Terror.”

To get a look at how people are controlled, you only have to look at the recent TV series, “Homeland,” on the Showtime network. Originally produced in Israel, 3rd rate acting, 4th rate production and really bad writing pushed on the public by a massive public relations campaign, this mishmash of Islamophobia, anti-Americanism and cheap propaganda is so obvious it is laughable.

What Does This Garbage Prove? One Thing for Sure, There is No One Left to Speak Up!

This could be mistaken for childish Israeli propaganda but it is, in reality, far worse. With 500,000 young Jews demonstrating for economic rights in Israel, with millions in the streets of the US and Europe, with the Middle East exploding, TV hopes to put out the fire by selling what it knows best, hate, racism and childish phobias.

“Homeland,” tedious and boring, is the official fictional version of an attack on the awakening world population, almost as fictional as the mainstream news with its imaginary Iranian assassins and secret burials at sea.

The issues of divisiveness, of distrust, the tools of control are older than the imaginary war or terror, the invention of Al Qaeda and the vilification of poor, long dead Osama bin Laden.

Fifty years ago, it was keeping “dirty Jews and person of colors” out of our neighborhoods. Before that it was the Catholics. Then it was the dangers of “tax and spend liberals” or the “femi-nazis” planning to castrate America’s docile and sheepish males.

Through the late 80s and beyond, “Muslim extremism” was still considered “marketable” until 10 years of hopeless war and economic collapse pushed it to back burner. The kangaroo court trial of the Detroit “crotch bomber,” a Mossad stooge and mental defective barely made the comic sections of the few remaining newspapers Americans bother to read.

News now comes over the radio, or used to. The raving lunatics, Limbaugh, O’Reilly, Hannity, Beck and gang have worn out their welcome.  The real question, we have an election coming up, nobody is speaking for America. What about Ron Paul?

THE POLITICAL HACKS OF THE GLOBALIST WHORES 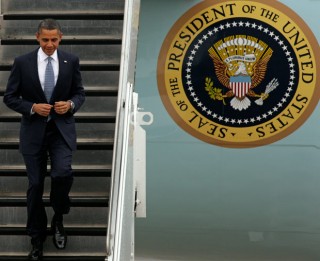 Today, Obama has a lock on the next election. The Republican freak show has frightened most Americans to death.

Was Herman Cain picked out to make some unheard of stealth candidate, perhaps one with two heads, look good?

The last American politician to make any sense was Ron Paul, not the one running now, but the person he used to be before aides told him that, if he asked for a new 9/11 investigation or said bad things about the Federal Reserve System, he would lose Jewish funding.

Now Paul sounds like a horses ass, still has no “Jewish funding,” whatever that is, and to those who might support him, perhaps numbers he hadn’t imagined, sounds like a coward.

Paul doesn’t trust Americans, he thinks they are stupid, looks on them as sheep. By political standards, such a point of view is considered both mainstream and common sense as much as news stories about 9/11 hijackers or the burial at sea of Osama bin Laden.

A friend phoned a minute ago, telling me that Fox News is boycotting all reports on “Occupy Wall Street.” They did have a Skype video of Hillary Clinton from Tajikistan, though. Anyone know where that is?

What would we tell Ron Paul? How would some of us get him back on track? Let’s give it a second:

WHAT IS A COALITION?

Divide and conquer, not just the Fox News way but the way of all corporate media and phony political parties and the crooked organizations around them, is what has taken America down.  What does this mean?  How should real Americans, ones who still use the term “patriotic,” do to save their homeland for generations to come?

Here are some simple rules:

For police and the military, there is the oath:

Any time you hear someone mention 9/11 as something other than a government plot, simply state:  “I have no time for such insanity and you are obviously too stupid to live.”

It is now our job to put aside our differences and pull together as citizens of the world. There is no room for “anti” anything.  Natural leaders, those of intelligence and courage have to replace the cowards, thieves and “mama’s boys” who now rule America, Europe and most of the world. (Merkel excluded, she is “Honecker’s girl” (former East German communist tyrant)