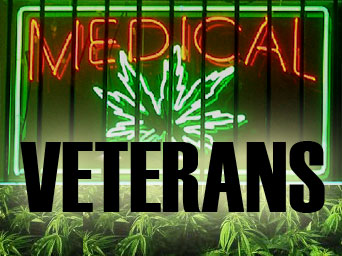 “Physicians should use the same standard of care in recommending medical marijuana to patients as they would when recommending or approving any other medication.”– Frank Lucido, M.D

Cannabis, also known as marijuana, comes from the seed bearing Cannabis plant and is known for its use as a psychoactive drug and for medicinal purposes.

Medical cannabis refers to its physician-recommended forms-the God designed way as an herbal therapy, or man-made synthetic forms such as in the drugs Marinol and Cesamet.

Then God said, “I give you every seed-bearing plant on the face of the whole earth and every tree that has fruit with seed in it. They will be yours…—I give every green plant”…And God saw that it was good and it was so. -Genesis 1:11-12, 29-30

The Cannabis plant from which the cannabis drug is derived has a long history of medicinal use, with evidence dating back to 2,737 BCE.[1]

In recent years, the number of veterans seeking disability compensation for post-traumatic stress disorder (PTSD) has spiked by almost 80 percent.

America’s veterans are killing themselves at the rate of over five hundred suicides a month.

Approximately 20% of veterans returning from Iraq/Afghanistan are being diagnosed with PTSD.

Medical research has shown medical marijuana has been very successful in treating PTSD and it’s symptoms.

Medical science proves that the human body makes it’s own cannabis like substances called cannabinoids which are known to ease pain and anxiety. The cannabinoids in marijuana work with this natural body system to ease the symptoms of PTSD, which would give disabled Veterans a big improvement in their quality of life.

PTSD patients have poor responses to psychotherapy and often turn to alcohol and drugs. Many also suffer from chronic pain and addictions to opiate pain medications. However, Vets with access to Cannabis under medical marijuana laws, report cannabis use is a uniquely successful treatment of their symptoms.

“Approximately eight percent of the 9,000 Californians whose cannabis use I have monitored presented with PTSD (309.81) as a primary diagnosis. Many of them are Vietnam veterans whose chronic depression, insomnia, and accompanying irritability cannot be relieved by conventional psychotherapeutics and is worsened by alcohol. For many of these veterans, chronic pain from old physical injury compounds problems with narcotic dependence and side effects of opioids.

“Cannabis relieves pain, enables sleep, normalizes gastrointestinal function and restores peristalsis. Fortified by improved digestion and adequate rest, the patient can resist being overwhelmed by triggering simuli. There is no other psychotherapeutic drug with these synergistic and complementary effects.

“In treating PTSD, psychotherapy should focus on improving how the patient deals with resurgent symptoms rather than revisitation of the events. Decreasing vulnerability to symptoms and restoring control to the individual take priority over insight as treatment goals. Revisiting the traumatic events without closure and support is not useful but prolongs and exacerbates pain and fear of loss of control.”

As the leader of Veterans For Medical Cannabis Access [VMCA] I helped the VA create a medical marijuana policy that respects the rights of disabled Veterans using this important medicine according to state laws. That policy has been made to look like a cruel joke given the latest actions of this presidential administration.

In response to the actions of the president, our organization has crafted a petition that we have placed on the new White House, “We The People” website: http://wh.gov/4xd “Allow United States Disabled Military Veterans access to medical marijuana.”

The fact that a Veteran in New Mexico can use cannabis legally for PTSD, but a similar Veteran in Florida will face arrest and punishment at the VA hospital for using the same medicine is wrong. It is illogical. It is not the practice of medicine; it is the practice of politics on the wounded. It is shameful and must end! [2]

In 2008, there were over three hundred thousand backlogged disability claims involving veterans with PTSD and depression and that fact depresses me!

We owe our Veterans true support and that includes fighting for their right to obtain Medical Cannabis.

If this fiscal conservative, spiritual progressive and citizen of conscience is elected to the US House of Representatives in 2012, among my first acts of Congress will be to sponsor a House Resolution for Compassionate Cannabis laws in Florida and I will strive to make it National.