Home Veterans Warning: What Time is It? 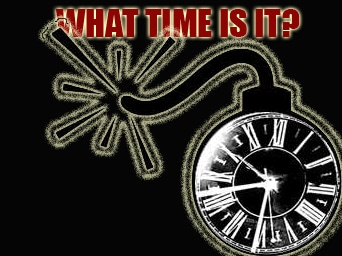 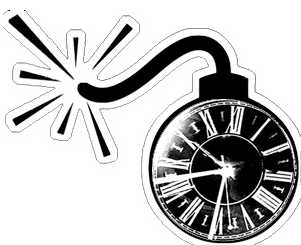 A statement of fact, reasonable and sensible, today would be worse than any of the phony “Al Qaeda” videos foisted on the public by the neocon/bankster conspiracy.  What is that fact?  Using force, police, military or otherwise against the citizens of America, Israel, Libya, Iraq, Egypt, Pakistan, Afghanistan, Italy, France….

That time is over.

We are not going away quietly, no longer buying the lies, no longer divided by “left” and “right.”  We are taking our lives back, not just in America or Israel or across the Arab world but Europe as well.

We aren’t giving up our homes, our families’ security, our remaining savings, our ability to buy food and heat our homes just so a pack of criminal billionaire hyenas can run the world like a Monopoly game.

To those who have tried to play gatekeeper, play “divide and conquer” I ask, “How is it working out for you so far?”

We aren’t buying the war on terror anymore, we know better.  It has been a scam from day one.  Not everyone is ready to call it “murder,” not yet.

For those who are a bit slow, the “right’s” attempt to save their “monkeyboy,” Gaddafi failed.

Now the people of Libya want their $70 billion back that Saif is holding in his personal checking account.  Perhaps he needs it to pay for his lawyers?

This is just one of the Gaddafi accounts that total over $1 trillion that were stolen from the Libyan people.

From what I hear, they are going to get their money back.  I wouldn’t stand in their way if I were you.

Attempts by the “right,” which I mean “Republican Party” or those who claim to speak for the “Tea Party,” we are talking about the employees of the Koch Brothers and the Wall Street banksters, to mobilize police to slaughter demonstrators will more than backfire, much much more.

We also now have word that conservative organizations have contracted with an Israeli based “intelligence provider” to publish a statement, reputedly from “Al Qaeda,” stating that OCW is part of a terrorist organization they support.  This same organization, contracted by a well known neocon “think tank” also produced the myriad of false statements tying the Libyan NTC to “Al Qaeda.”  This “intelligence” organization actually keeps all “Al Qaeda” based websites on its servers.

It receives funding, not only from the FBI and congress but from the Koch Brothers as well.

The real plan is to get the Army back from Iraq and put it on American streets.

POLICE USING NON AND SEMI-LETHAL ORDNANCE IN ILLEGAL ATTACK ON CONSTITUTIONALLY BASED ASSEMBLY (WHY ARE THEY PUSHING FOR REPRISALS?)

Some news for you:

What else we know:

We know this too:

Not everyone is an economist.  Not everyone is informed, some still watch Fox or read the Wall Street Journal.  Worse still, those who get their news and opinions from email or phony NWO (New World Order) stealth websites pretending to represent “the people.”

Now we care because “our chickens have come home to roost.”  This is what much of the world thinks and they are right.

But this is still something.  Awakenings happen when they do, not when they are needed, sometimes they are too late.