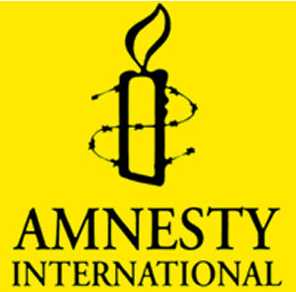 The Syrian government has turned hospitals into instruments of repression in its efforts to crush opposition, Amnesty International said in a new report published today (24 October).

The 39-page report ‘Health Crisis: Syrian Government Targets the Wounded and Health Workers’ documents how patients in at least four government-run hospitals have been subjected to torture and other ill-treatment, including by medical workers.

Hospital workers suspected of treating protesters and others injured in unrest-related incidents have themselves faced arrest and torture.

“It is deeply alarming that the Syrian authorities seem to have given the security forces a free rein in hospitals and that in many cases hospital staff appear to have taken part in torture and ill treatment of the very people they are supposed to care for.

“Given the scale and seriousness of the injuries being sustained by people across the country, it is disturbing to find that many consider it safer to risk not having major wounds treated rather than going to proper medical facilities.”

Amnesty International found that patients have been removed from hospitals. On 7 September, security forces looking for an alleged armed field commander opposed to the government raided al-Birr wa al-Khadamat Hospital in Homs. When they did not find him, they arrested 18 wounded people.

One health worker present during the raid told Amnesty International he saw at least one unconscious patient having his ventilator removed before he was taken away.

Afraid of the consequences of going to a government hospital, many people have chosen to seek treatment either at private hospitals or at poorly equipped makeshift field hospitals.

Doctors at the National Hospital in Homs told Amnesty International that the number of admissions for firearms wounds has dropped significantly since May, in contrast to the spiralling toll of deaths and injuries on the streets outside.

But blood supplies in Syria can only be obtained from the Central Blood Bank, which is controlled by the Defence Ministry, leaving private hospitals with a terrible dilemma. One medic who had worked a private hospital in Homs told Amnesty International:

“We faced a dilemma every time we received a patient with a firearm injury and an urgent need of blood: if we send a request to the Central Blood Bank, the security would know about him and we would be putting him at risk or arrest and torture, and possibly death in custody.”

Medical workers have themselves been targeted by security forces, some for treating injured people, others on suspicion of attending demonstrations or filming protesters.

On 7 August, around 20 soldiers and security forces raided a government hospital in Homs governorate, arresting seven hospital workers. One of the group told Amnesty International about his interrogation, during which some of his colleagues were badly beaten:

“[The interrogator] asked: ‘do you want to be tortured or do you want to talk?’ … He accused me and my colleagues of treating the wounded without reporting them to the authorities, and asked me for the names of the wounded.”

“Syrian medical workers are being placed in an impossible situation – forced to choose between treating wounded people and preserving their own safety.  The Syrian authorities must see sense and urgently act to ensure that all patients are treated equally, without discrimination based on their suspected political loyalties or activities.”

Amnesty has also found that patients have been assaulted by medical staff, health workers and security personnel in at least the National Hospitals in Banias, Homs and Tell Kalakh and the military hospital in Homs.  One doctor at Homs military hospital told Amnesty International he had seen four doctors and more than 20 nurses abusing patients.

Amnesty International called on the Syrian authorities to give strict and clear instructions to all hospitals to accept and treat all wounded patients without delay, and to prioritise the interests of the patients over any all else concerns.

“Anyone, whether a health worker or a member of the security forces, who is suspected of delaying, obstructing or interfering in the work of health workers providing treatment to the wounded must be held to account.”

This Saturday (29 October 2011) hundreds of people, mainly from the Syrian community, will assemble at Paddington Green (12pm) to march towards the Syrian Embassy in London. The demo has been facilitated by Amnesty International UK in coordination with Syrians in the UK. The route will take in Edgware Road and Park Lane. The rally at the Embassy is due to start at 2.45pm and end at 4pm. Speeches include Kate Allen, Amnesty International UK Director and Tamadur Abdullah, a Syrian medical doctor.