“Democracy is only a dream: it should be put in the same category as Arcadia, Santa Claus, and Heaven.”

The world has known benevolent rulers who have done much better by their publics.

Voices among Arab protesters in Tunisia, Egypt, Libya, Yemen and Syria have been calling for “democracy”.

Voices from Israel have falsely boasted that Israel has the only democracy in the Middle East.

Voices in the U.S. have praised American democracy as the ideal form of government.

What is it that these voices are urging? None of these voices is celebrating the same thing. Nothing they’re exalting would be praiseworthy by the people.

Sound arguments can be made against any form of democracy.  One need only view comedian Jay Leno when he interviews people on the street.

Leno asks questions that anyone with a rudimentary knowledge should be able to answer.  The extent of the ignorance of the average public is perfect for a comedian, but disastrous for a democracy. 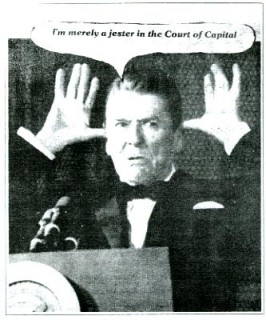 Winston Churchill once said, “The best argument against democracy is a five-minute conversation with the average voter.”

John F. Kennedy, obviously thinking about the average voter, said, “The ignorance of one voter in a democracy impairs the security of all.”

Returning to the voices for democracy, Arab protesters often don’t know what it entails other than a constitution, a vote and representative voices in a parliament or congress.

Franklin D. Roosevelt warned, “Democracy cannot succeed unless those who express their choice are prepared to choose wisely. The real safeguard of democracy, therefore, is education.”

How many protestors that we’ve seen on television have the education needed to make wise choices either as voters or elected representatives?

What is the appeal of “democracy” to the masses?  George Orwell had it right when he wrote: 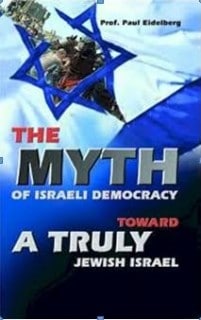 It is almost universally felt that when we call a country democratic we are praising it; consequently, the defenders of every kind of regime claim that it is a democracy, and fear that they might have to stop using the word if it were tied down to any one meaning.

The next voice – the voice of Israel, has long claimed its uniqueness as the only democracy in the Middle East.

Not by any reasonable definition of democracy can ethnic favoritism claim to be democratic. For Israeli Arabs, Israel behaves like an apartheid state.

Americans should have listened more closely to Woodrow Wilson who saw in the microcosm of his time the truth that has persisted in what Americans call democracy.

Early in the 20th century, Wilson observed, “The government, which was designed for the people, has got into the hands of the bosses and their employers, the special interests. An invisible empire has been set up above the forms of democracy.”

The protests in America against Wall Street, now spreading around the country and the world, reflect the growing resistance of the masses to control by the wealthy.

Those bosses and their lobbyists control the Congress. The rich have bought the democracy. The Zionist lobby has significant control over the members of Congress.

Those who believe that democracy is the perfect form of government should examine closely what the people want, and then consider those desires next to Israel that’s touted as the only form of democracy in the Middle East.

Consider the actual operation of democracy in America and the UK, where Zionists, representing foreign interests and lobbyists for the wealthy, control Congress and Parliament.

The world has known benevolent rulers who have done much better by their publics.