Home Life The Cost of Israel to Americans 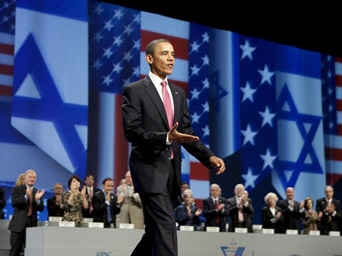 by The Council For The National Interest 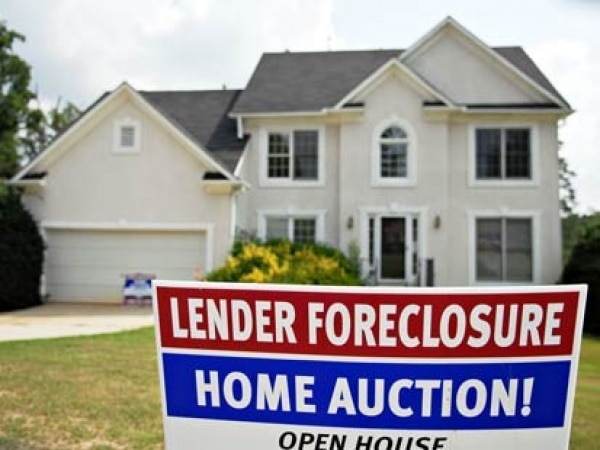 Our uniquely massive support for Israel has cost trillions of dollars and multitudes of lives. It has diminished our moral standing in the world, lessened our domestic freedoms, and exposed us to unnecessary and growing peril.

The majority of Americans – as well as our diplomatic and military experts – oppose this unique relationship. Yet, the lobby for Israel continues to foment policies that are disastrous for our nation and tragic for the region.

If we are to have Middle East policies that serve the national interest, that represent the highest values of our founders and our citizens, and that work to sustain a nation of honor, decency, security, and prosperity, then it is essential that all Americans become active and informed. Below are the facts:

American taxpayers give Israel over $8 million per day 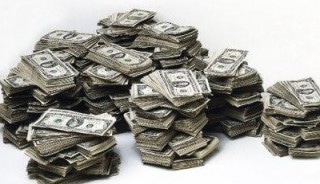 (See report from Congressional Research Service of the Library of Congress):

This to a nation, at its peak, of 7.4 million people – smaller than New Jersey. Israel has received more American money than any other nation on earth. It is more than we give to all the starving countries of Africa put together.

From 1950-53 Israel’s financial influx from the U.S. was one billion dollars; Israel at that time had 1.6 million inhabitants

In the past ten years, American taxpayers have given Israel approximately $200,000 per family of five.

This costs us even more:

US aid to Israel is given in a lump sum at the beginning of the fiscal year.

Since the US is operating at a deficit, this means that we borrow the money, give it to Israel, and then pay interest on it long after it is gone.

Israel, on the other hand, makes interest from it. Congress has mandated that Israel’s aid be immediately deposited to an interest bearing account with the Federal Reserve Bank.

There are a multitude of such costs.

A report by an economist commissioned by the Army War College in 2003 to analyze the situation in full found that the total cost to Americans over Israel’s 60+ years has been $3 trillion.

Americans have a higher unemployment rate than Israel and 10 million families are reportedly sliding into foreclosure; yet Americans continue to give tax money to Israel.

On top of this are the costs of the Iraq war:  hundreds of thousands of lives & over $3 trillion

The costs of the the Iraq war, which was promoted by Israel partisans, are almost incalculable and are still growing.

The war added trillions of dollars to the federal debt, and this doesn’t include future health care and disability payments for veterans.

Economists report that the global financial crisis was due, at least in part, to the Iraq war.

The same parties are pushing for a similar attack on Iran.

The Lobby for Israel overrules US experts

Instead, over the objections of a multitude of State Department and Pentagon analysts, they are largely driven by a variety of factors:

By the late 1960s Senator William Fulbright found that U.S. aid to Israel was being secretly funneled back to lobbyists in the U.S., who would use it to lobby for still more U.S. money to Israel.

The U.S. justice department and other agencies have often attempted to enforce U.S. laws

2. Israel partisans in the U.S. government and media: The efforts of a growing number of individuals with close ties to Israel (some are neoconservatives, others are neoliberals) who often hold key positions in U.S. administrations, the State Department, Pentagon, and media.

The US Ambassador to Israel stated that all US Middle East policies are predicated on their effect on Israel. This is a highly inappropriate practice and one that is replicated in no other region. US policies should be based on American interests and priorities, not those of a foreign nation.

3. Campaigns by pro-Israel funders to engender Islamophobia: to create fear and hatred of Muslims, a highly diverse population of 1.5 billion people whose faith is one of the three Abrahamic religions and who worship the same God as Christians and Jews.

4. Israeli-centric news reporting by the U.S. media consistently misportrays the current situation and the history of the Israeli-Palestinian conflict.

5. Hollywood movies and television shows, which often play a significant role in shaping attitudes and beliefs. These shows, frequently produced by individuals with ties to Israel, depict Arabs and Muslims almost always negatively, Jews and Israelis almost never negatively, and Christians both positively and negatively.

[Interestingly, the oil and weapons industries are not responsible for our relationship with Israel. In fact, at times these industries have lobbied against U.S. support for Israel, which undermines their ability to do business in the region.]

Israel promotes its own interests, which is the right of any nation.

However, this is done at the expense of Americans who fund it.

There is considerable evidence that Israel is not the close ally many Americans believe it to be:

The Israeli attack on the USS Liberty 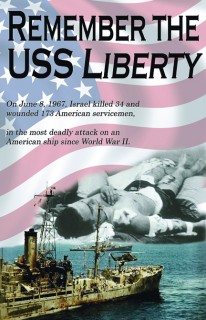 An independent commission in 2003 by extraordinarily high-ranking U.S. military officers and officials found that

Israel had commited an act of war against the United States,

the US President had recalled rescue aircraft, and that

the President had ordered a cover-up on the incident.

These statements, recorded in the Congressional Record, were not reported by U.S. news media. 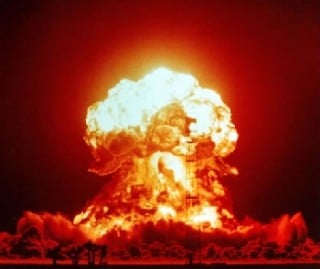 Israeli aggression (Israel initiated all of its wars except one) and its violations of international law, human rights conventions, and UN resolutions, have created enormous hostility against it throughout the world.

The US, as Israel’s number one funder, is increasingly imperiled by hostility created by Israeli actions.

Israel’s possession of nuclear weapons poses considerable danger both to the region itself and far beyond.

it has refused to sign the nuclear proliferation treaty and the British American Security Information Council has found that in Israel “nuclear weapons are being assigned roles that go well beyond deterrence.”

While US intelligence agencies have so far found no indication that Iran is developing nuclear weapons, Israel’s possession of these weapons, combined with its history of aggression, create a compelling motivation for other nations in the region to acquire them for deterrence.

Israel frequently uses American weapons in violation of US laws, killing and maiming large numbers of civilians, women, and children.

Since this is funded by American tax payers, and shielded by the U.S. government, it is causing dangerous hostility toward the U.S.

Damage to civil liberties and the American way of life

This dangerous and unnecessary peril (diplomats note that before Israel the US had no enemies in the region) has caused Americans to tolerate dangerous infringements on our liberty and violations of our Constitution.

This is causing deep damage to our character as a nation.

Deeply intrusive and potentially carcinogenic airport scanners, offensive “pat-downs” of our women and children, abrogations of our nation’s most fundamental legal principles are just a few of the direct and indirect results of our Israel policies.

A secure, prosperous, and honorable America

We would be far safer and our nation far healthier by heeding the wisdom of George Washington, the father of our nation:

“…nothing is more essential than that permanent, inveterate antipathies against particular nations, and passionate attachments for others, should be excluded; and that, in place of them, just and amicable feelings towards all should be cultivated. The nation which indulges towards another a habitual hatred or a habitual fondness is in some degree a slave.”

Source: The Council for the National Interest

The Council for the National Interest Foundation (CNIF) is an independent 501(c)3 non-profit organization that provides information and analysis on the Middle East, its relationship to the United States, and about policy formation regarding this region. CNI seeks to encourage and promote a U.S. foreign policy in the Middle East that is consistent with American values, protects our national interests, and contributes to a just solution of the Arab-Israeli conflict. It is CNI’s goal to restore a political environment in America in which voters and their elected officials are free from the undue influence and pressure of foreign countries and their partisans.