Home Life Terrorism And The Illuminati 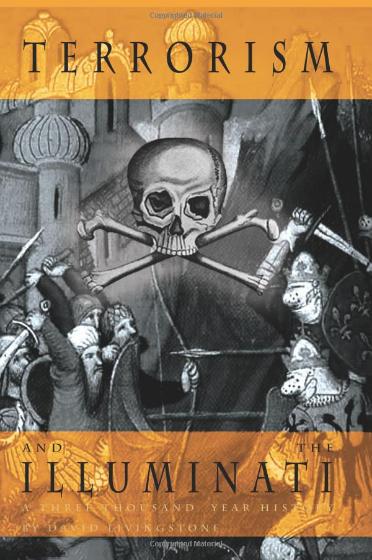 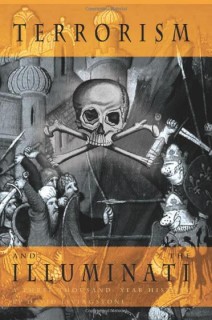 Firstly, this is not a quick and easy read for conspiracy titillation; it is a well-researched history/catalog of the subterranean growth of the family powers behind the diabolical manipulation of historical movements and events.

There is much dry information and genealogies to wade thru. But persistence pays off.

If one desires to be fully informed, and not merely a ranting anti-Zionist “conspiracy buff” This is the reading needed for graduation.

Not since Douglas Reed’s Conspiracy of Zion Controversy of Zion; Tragic History have I enjoyed so much satisfaction with an expose of the rotten bleepers who crave to own the world and everything in it. The question ‘what kind of people do this?’ is answered convincingly — from start to finish.

The real meat in this book begins on page 178 with the account of “the fall of the Ottoman empire.” This is the first explanation of why we had a World War 1 that I accept as true, not right or moral, but true.

The manipulations of the City of London Crown crowd, which gained much public notoriety with the popular movie, Lawrence of Arabia, (Useful Idiot) are outlined for the reader. Any fact check will verify the details put forth. Here is a sample (parenthetical comments are mine):

”The Illuminati had also been agitating to undermine the Ottoman Empire from within. In Turkey, Jamal ud Din Al Afghani was part of the creation of a Masonic political party (Masonic and Crown are synonymous) modeled on the Carbonari, named the Committee of Union and Progress, or the Young Turks. From the middle of the 19th century (1850), the British had worked to develop an alliance between several Sufi orders in Turkey, such as the Beqtashi and the Naqshabandi (Religion is apparently easily fractured) and the Scottish rite Freemasons of Afghani and his followers. It was this alliance, sponsored by the British, that became the Young Turks. The Young Turks led a revolutionary movement against the crumbling regime of the Ottoman Sultan, Abdul Hamid II, which culminated in the establishment of a constitutional government in 1908, which ran the Ottoman Empire until the end of WW1, in November of 1918.

Livingstone quotes another writer, Clifford Shack, who explained the Suicidal assault on Gallipoli in the Dardanelles; considered today to be brutal and nonsensical, and an early black eye for Winston Churchill, a miserable, conniving member of the ‘high cabal’ he famously pointed a finger of blame.

“For a variety of reasons, history views his campaign a failure, Shack wrote. “In reality, however it was a crowning success for the war planners. For not only did the Dardanelles campaign spell the beginning of the end of the Ottoman Empire, but the feigned bungling of the operation set in motion a series of orchestrated events that would empower the Turks to execute the Armenian genocide. Eliminating the Armenian presence in the Baku oil region eliminated the ethnic conflict between the region’s Muslim majority, which actually interrupted the oil production in 1905, when the oil fields were set ablaze. (the more things change, the more they stay the same).

Following that, the book details the splitting of Islam believers into various fanatical camps that perfectly set the stage for today’s phony, but deadly and costly “war on terror.” Livingstone also details the connivance for creating modern Israel, involving the German Nazis and good old USA.

For those who perceive Franklin Delano Roosevelt one of the ‘good guys’, Livingstone delves into the FDR/ Churchill chicanery and the establishment of “National Security’ agencies; followed by the “Nasser projects’ in Egypt that cemented the game for the one-worlders, while Americans were happily distracted by Korea. A careful reader will be grateful for the in-depth information.

While one can credit Livingstone for thoroughness, his brief account of the Nazi movement into America will cause holocaust revisionists a few pangs, but it’s really a minor distraction so don’t waste a comment on it.

A short review of this book on Amazon says: “Covering a wide array of hot-button, often polarizing subjects such as Zionism, Nazism, radical terrorists factions, and where each fits into this highly controversial picture. Livingstone has delivered an important, albeit highly subjective book that’s part history, part ideology/theology and part conspiracy theory. “

I disagree with the conspiracy theory part. Livingstone, a convert to Islam in 1991, documents conspiracy on a grand scale, including the part that established Islam as the bogeyman resulting in today’s insane Global War on Terror.

Additionally you can check out Donmeh at Wikipedia to get the recent take on what this book explained.

All the news coming out of Turkey, Israel, Syria, Iraq and Saudi Arabia today makes sense when you know what’s behind it all.