Home World Right on! Dylan Ratigan, Get The Money Out Of Politics 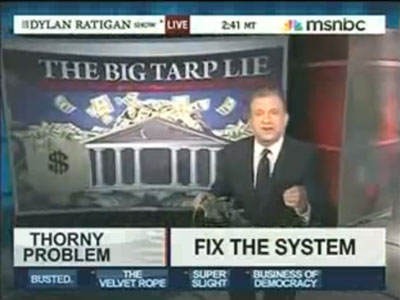 Jimmy Williams says “Money is the root of all political evil, and until we get it out of the game…” and he is right.

I love it!  Dylan Ratigan  has done what it is going to take to get action… shouted angrily.  Now, a little kicking butts and taking names is what is needed….

It’s when Americans get angry, like Ratigan, and reach for their baseball bats, that things will begin to happen in America. 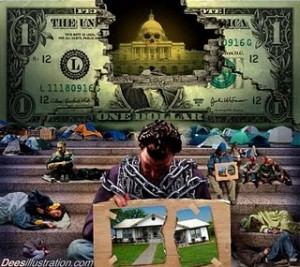 We’ve seen Camping out and being gassed, harassed, and bashed in city parks is not going to do it… making excuses, and apologetic diversions  such as the Republican twit does, is not going to do it, but only when a vast majority of the 300 million Americans who are sitting on their buttocks, ignorantly and complacently doing their things, act just like Dylan, will it happen.

Get the money out of politics.

Jimmy Williams says “Money is the root of all political evil, and until we get it out of the game…” and he is right.

I love that little guy, too.  I see he works for MSNBC…if he keeps talking like that he is going to lose his job!

It is all so predictable. Yet, how much shouting is it going to take to wake up the Rip Van Winkles whom America has become?

I see that MSNBC has pulled Jimmy Williams from the game and sent in Matt Damon who is going to be more supportive and try to run a diversionary ploy by using the poorly chosen word Ratigan used to discuss the theft, of the American economy, “extraction” which, as correct a term as it is in the way he used it, is still an unusual term for theft, extortion, TBC or many of the other terms one might have used to describe what has happened and who did it.

Even so, Dylan responded strongly by refusing to engage in a debate or defense of his words, and went on to explain his issues and why he is mad.  Is Dylan Ratigan a candidate for the office this year?

In the end, when it all sorts itself out, I think this incident will be remembered as a small and memorable event, Dylan Ratigan a small and irrelevant “hero for a  day,” a touch of heat and excitement, but it will have or make little difference in the outcome.  The script has been written, reviewed and approved… the check is already in the mail, the players all on their spots, and the director is not going to allow a little ad lib to spoil his charade.

“A hush drops over the house as the spotlight focuses center-stage, the house lights dim,  the music from the pit fades, and the curtains begin to open for ACT 1, Scene 1 and the quadrennial Farce of America opens for the new season,”

Same theater; same script; same directors and producers; a few new actors and characters; but the same story and plot.

It is in the boardrooms, political and high offices where power reigns, and  where awareness, opinion and the will to change things matters.  Somehow, we ‘ve got to make the power of vox pop get into and influence those high and powerful domains.

The “Federal” Reserve was audited. The establishment media is trying hard to ignore it. Here is the audit, by the U.S. General Accounting Office: http://sanders.senate.gov/imo/media/doc/GAO%20Fed%20Investigation.pdf

See page 131. Look at the total of the “bailouts”. Is it the $700 billion we were told? HARDLY! And JUST WHO was all that money paid to? See the video (the music is “Big Brother” by DFiVE9.)

So, what are the facts? We have lists of names and lists of lists of names, naming mass murderers, thieves, traitors, corrupt and crooked politicians, bankers, corporate heads, Government Officials at the highest levels, and you name ’em. but all of them are still out there walking around, and I have seen none of them being hauled before Grand Juries, frog-marched off to jails, walking around in Irons, or being much more than talked about,  Most of them still have the same jobs and perquisites they enjoyed and sometimes employed when they were committing their crimes.

What kind of clout do two spies who work for AIPAC (American-Israeli Public Affairs Committee) have, that any of those Banksters do not have?

David Duke lays out the facts of the Zionist control of Wall Street and International finance like nothing else!

David Duke, is an easy messenger for many to shoot, but they will find the facts a bit harder to kill and bury. Truth does not lie dead very long, nor does it rest long in the grave, no matter how deep they dig it. 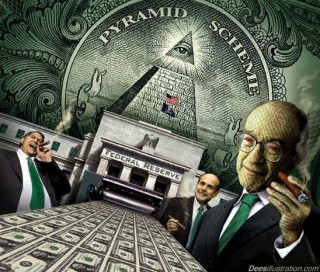 I believe that this new video of mine is the most powerful film ever made exposing the Zionist control of International Finance and the FED!

I defend an African American woman who has been crucified for saying that ” Zionist Jews Control Wall Street,” and I show how she was completely correct. I even show a clip of Alan Greenspan saying that the Federal Reserve cannot be told what to do by the President or any agency of government! And this is the same Federal Reserve that prints our money and gives away trillions to their Zionist bankster brothers!

This has got to be my most powerful video yet on the Zionist influence on America and the World!

Be inspired by this video and please help the world see it!