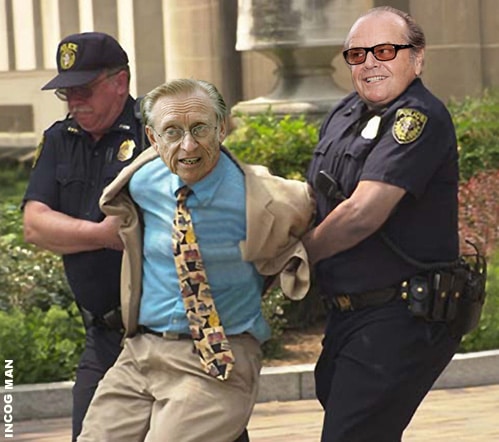 What’s with Silverstein and 666?

Exactly 911 days after 9/11 – on 3/11 (2004), the day of the Madrid bombings – Larry Silverstein bought the biggest building in the 60606 zip code: the “illuminati power center” Sears Tower. On June 6th, 2006 (6/6/6) a planned attack on the Sears Tower may have been thwarted (according to military intel specialist Captain Eric May) due to the widespread warnings, amplified by the publicity surrounding the Chicago conference. That was the world’s first huge, successful 9/11 truth conference.

Does Silverstein have an affinity for terrorist-target skyscrapers and the number 666?

The 9/11 truth community knows Silverstein as the guy who inexplicably bought the white-elephant Towers in July 2001, doubled the insurance, and changed it to cash-payout. Two months later he blew up his own buildings, confessed on national television to demolishing Building 7, demanded double-indemnity for the “two completely separate terrorist attacks” (the two planes) and collected many billions in fraudulent insurance payouts, along with rights to rebuild.*

It was a HELL of an investment.

New York City’s Port Authority had been desperately trying to find a way to demolish the Trade Towers since around 1990.  The Towers had outmoded infrastructure, and such high vacancy rates that the City was losing a small fortune every year. Worse, all of the structural steel in the building was tightly encased in asbestos-laden spray-on fireproofing; and you can’t demolish an asbestos-laden building until every last speck of the stuff has been scraped off.

In early 2001, the Port Authority lost its lawsuit contesting an asbestos-abatement order. Whoever owned the Towers – at this point the Port Authority – was legally required to scrape off and dispose of all of that asbestos. Cost estimates ranged from the billions to the tens of billions.

Fortunately for the city, Larry “Satan’s Slave” Silverstein, an alleged mobster said to have gotten his start in the sexual-services trade before graduating to criminal-syndicate real estate, stepped in as a “good samaritan” to help New York City dispose of those toxic, money-hemorrhaging Towers. He put a little over ten million of his own money, with an additional 100 million or so from friends.  Then on 9/11, bingo! Larry hit the jackpot. He, and family members, who were always in the Towers every morning, miraculously stayed home due to dermatological appointments and other excuses. Then he walked off with what is shaping up to be double-digit billions in insurance money, plus rights to the Trade Center site.

They don’t call him “Lucky Larry” for nothing.

“Lucky Larry” seems to think his two lucky numbers are 9/11 and the number of the Beast of Revelations, 666.

They’ve been lucky for you in this life, Larry.

None of your victims or their sympathizers have caught up with you…yet.

But regardless of how you end up dying,  you’re going to have one hell of a time at the final judgment.