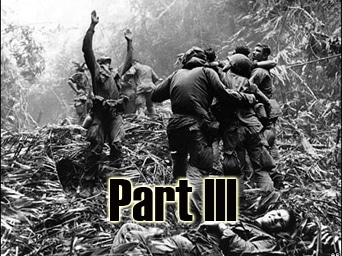 Previously it was stated here that:

“A unifying philosophy from Freemasonry allowed these banking and merchant princes (the Crown) to cobble together a world cabal of finance—severing themselves from all national and ethnic loyalties long ago.

All that was required by these banksters was that all peoples thought that the money was real, without thinking about it, and allowed themselves to believe national sovereignty was a part of it. These private bankers were, indeed, more sovereign than the governments they bought with their mythical money—a fact seldom challenged by anyone, who wished to live.

After ensuring Pacific hegemony by providing ships and finance for Japan just after the turn of the century (1903) the Crown’s Focus shifted to the Ocean-controlling bottlenecks Suez and Singapore. While the brain trusts knew that Afghanistan was the land hub of Asia, they saw Islam as the primary foe of their world domination and today, hindsight tells us that WW1 was initially another Crusade.

Although the London based Moneychangers wrested the Suez canal from Napoleon decades earlier, the Crown’s eyes saw the Ottoman Empire as prime rib.

Istanbul and the Ottoman Turks were already losing their imperial grip due to these religious faction games being played by Crown myrmidons, and the beginning of the murderous insanity now called “trench warfare” was epitomized early at Gallipoli on the Turkish coast. The Gallipolli butchery, where the Crown demanded fodder from the Commonwealth, especially Australia and New Zealand was so savage it inspired a motion picture in 1981 and several music videos today.


Here is encyclopedia version: The Gallipoli campaign resonated profoundly among all nations involved. In Turkey, the battle is perceived as a defining moment in the history of the Turkish people—a final surge in the defense of the motherland as the aging Ottoman Empire was crumbling. The struggle laid the grounds for the Turkish War of Independence and the foundation of the Republic of Turkey eight years later under Mustafa Kemal (Atatürk), himself a commander at Gallipoli. (And affiliated with the Donmeh.)

Winston Churchill a Crown manipulator, is “blamed” for the “error” and horror of defeat at Gallipoli by established history, but VT readers have come to know the facts thanks to a book Terrorism and the Illuminatti.

In this book, author David Livingstone outlined the “Donmeh” ideas used to reshape traditional Islam and play into the hands of the Crown. Livingstone stressed how the Ottomans stood in the way of, not only control of the Suez canal, but of the massive new oil fields at Baku in Azerbaijan/Armenia.

Skilled Crown agents fomented the notorious Armenian genocide, (1915) Which actually wound up turning the oilfields over to Crown interests and the seeming error of the deathly assault at Gallipoli was only a Pyrrhic victory for the Turks.

The behind the scenes (conspiratorial) details are omitted from academic accounts of the “causes” of WW 1 instead we are told:
“Nobody can explain how the war came about, especially at that particular time in Europe. The famous assassination of Archduke Ferdinand was insignificant.”

However, thanks to many “treaties” arranged in silent manipulations by the Crown a number of nations dutifully declared war against Germany while, at the time, Germany declared against none.

The fighting in Europe was utterly insane, to the point of the French army going on strike as millions of men died for no reason in trench warfare. The US population wanted nothing to do with Europe’s war, but dirty trick politics manipulated Woodrow Wilson to send Americans into the fray. Best explained by Douglas Reed, who did not mention the City of London in his famed expose of Zionists. Here.

Iraq was cobbled together from various tribal groups in Mesopotamia after the Crown occupied Baghdad in 1917. In 1921, following considerable strife, the Crown manipulated the selection of an Arab Hashemite (Faisal) as Iraq’s first “elected” ruler.

Then the Crown was ostensibly kicked out of Mesopotamia when the Baath Party came to power much later. The socialist Baathists were formed in 1947 after the tumultuous Damascus conference, which was a gathering of Arab groups attempting to decide religious archeology directions as well as what should be done in the wake of the fall of the Ottoman Turks.

The hidden hand of the Crowntried to pull all the strings of this fiasco, but many Arab leaders had become aware of the high cabal behind the political powers of the West. The Muslim leaders saw Israel as a Crown Colony establishing a foothold in the Levant.

The Crown realized that their manipulated sects of Islam would vow to resist Israel for more than religious reasons alone, and this historic “tension” could be used to great advantage by the manipulative, oil hungry moneychangers of London and New York. Thus, the great war to end all wars continues today, under the direction of the same damned moneychangers—exposed by their greed in 2008, with the first collapse of their mythical money game.