Home Veterans If Herb Caen, I Can Too 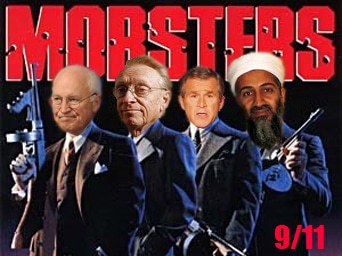 Herb earned his keep by emitting a steady stream of witty little blurt-outs and brain-farts. Few rivaled the epigrams of LaRochefoucauld.  But at least Herb kept them coming, day after day, week after week, year after year. The guy was a maestro of three-dot journalism…a nattering nabob of non-sequitur…a supreme potentate of suspension points…an elevated eminence of elegant elipsis…

Anyway, with my four advanced degrees in literature, I figure that if Herb Caen, I can too. After all, stringing together bits of gossip and opinion, peppered with all the incisive wit you can find in the cupboard, can’t be all that hard…caen it?

Item: Heard over intercom in North Tower of World Trade Center: “Larry Silverstein, please report to the 64th floor. Your necktie has been found and is waiting for you at the front desk.” …

Item: Uri Averny says Israel deserves credit for the success of Islamic movements in the Middle East. Uri writes that Israel virtually created Hamas and Hezbullah…and that the Zionists, with their obtuse bellicosity, are largely responsible for the rise of the Muslim Brotherhood and the Islamic Republic of Iran. Right on, Zionists! Israel’s contribution to the Islamic resurgence is the greatest thing about Israel…in fact, it’s the only good thing about Israel… Memo to Uri, and Israel: They plot, and Allah plots; and Allah is the best of plotters…

Item: Eric Sayward of We Are Change Wisconsin is offering free web hosting for anyone who buys the domain name of a mainstream politician in order to ridicule that politician…kind of like Eric did with RonKind.com…though if the politician you want to ridicule was smart enough to buy his own .com domain name (unlike Ron Kind!) Eric will accept .org, .net, .us, etc. …

Item: Pilots for 9/11 Truth says they’ve got slam-dunk proof that two of the planes blamed for the 9/11 attacks were still flying around, far from their alleged crash sites, long after they had supposedly crashed…for details, catch Russ Wittenberg on Truth Jihad Radio on Wednesday, January 4th, 3 pm Central…

Item: Communication Studies professor Jared Ball says Clint Eastwood’s new flick on J. Edgar Hoover is a transvestite…I mean, a travesty…after all, Hoover was a monstrous crook and pathological racist – one of the sickest and most destructive people ever to hold power in this country, which is saying a lot… So what’s next, a film celebrating and rehabilitating Hitler? No, Mel Brooks already did that…maybe Eastwood’s movie should have been titled “Springtime for Hoover…”  Professor Ball and I will vent our spleens on Truth Jihad Radio Friday, January 13th, 4 to 5 pm Central…

Item: The celebrated 9/11 truth group Humorless Idiots for Truth (HIT) has put out another HIT piece on Kevin Barrett. According to HIT, Barrett stands convicted of gallows humor (see above remarks about Larry Silverstein) and is hereby sentenced to be hanged by the neck until dead serious…the designated executioners shall be Amy Goodman, Noam Chomsky, and that genius 9/11 truther from the Bay Area who’s even more brilliant than Chomsky…what’s his name? No, not “Cosmos,” I mean the other co-founder of HIT, that janitor manqué…Brian what’s-his-name…

Hey, lighten up, Willie! Just because you’re the handsomest, smartest, most articulate, and by far the most historically significant janitor in the history of the whole bleeping planet, doesn’t mean you have to keep beating up on the most pathetic loser ever to FAIL as a janitor…just because he spends his whole life stalking you from his parents’ basement, except when he crawls out to volunteer for 9/11 truth groups dumb enough to let him through the door, doesn’t mean you have to protect yourself and your reputation. Does it?