Home Veterans You Are Too Intense, Man – Lighten Up! 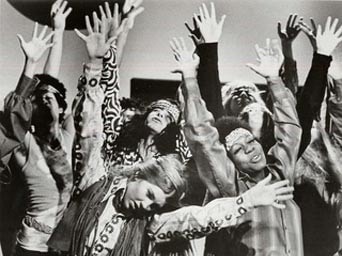 Do you remember that “Hippie” rebellion’s theme back in the 1950’s?

Now that another half century has floated by, I have a worthy response and analysis.

Why are “seekers after truth” always denigrated by their “peers” among the mob? ( a great book on the subject is Theodore Dalrymple’s “Life at the bottom)

Yes, I was intense and serious about being alive, despite the facade of class joker that I wore. Even as a “wild” teenager.

I can recall having a very deliberate conversation about life and death with the least likely conversationalists. While sneaking a smoke in the landscape bushes near the tennis courts at grand old San Luis Obispo high school in 1951. Four of us sophomores were lounging out of sight, all wearing the uniform of the day.

While memory likes to trick me now, that bright morning stays clear, because we had just gotten the news about Ted Kelly getting killed in Korea.

Ted was older by a year than us, but he and his girl friend were among the most popular in town, and her grief was felt by all. The conversation got totally interesting after my closest buddy, Vince, announced to the others “Valentine don’t believe in God, so he can’t complain.”

True enough, all three of the others were Catholic-raised in our sleepy little town, centered around one of Junipero Serra’s string of missions up the California coast. The intimate talk of death had stirred us all at the age when such a thing was unthinkable.

Vince was right, I was militantly atheistic my mother was an atheist, who always told me that if a God existed, he was a sadistic joker, and my father, whom I idolized, as well as worked alongside on abalone, albacore and other kinds of fishing boats, was a Deist, who knew damned well there was/is a Creator, but one that never interfered in human activity directly.

Looking back, I see clearly what it has taken a long, active life experience to phrase:

Am I serious about being alive? Damned right! A life has too much to offer to be wasted on diversions and amusements (A-muse, from Greek for without thinking)

Since all of us are identical, but unique, this applies to you as it does to me. I was born into a specific physical body made up of elements as chemicals, which are so complex that our “modern marvels” of technology keep revising what it’s all about, and we keep finding out how varied and unique each human body can be.

That unique set of genes has more variables than there are stars in the cosmos, and it gets even more unique and varied when we consider the qualities of mind, woven into those physical carriers—individually, and uniquely. I can’t see how any individual can contemplate the expanse, variety, beauty and order of our perceived Universe without acknowledging God.

On the other hand, I can no longer be the same idealist who once dreamed of human perfection.

Yes, indeed, This kind of thinking had been established in me going back to one starry night on the Pacific, about 100 hours off the coast when I very seriously asked my father (smartest, funniest, most talented man I’ve known). About God.

“Tommy, “ he responded, sipping an Acme beer, while seated against a pile of lines at rest prior to running out the two “albacore” poles athwartship. “The way I see it, everything, and I mean everything from all those stars down to your baby brother’s squalls; everything is spinning around inside a great big brown bag following certain sets of rules.

The biggest rule is: everything must come in on the right and everything must go out on the left. So we are like everything else, spinning around in the dark; some will tell you they figured it out, but they only kid themselves Others will say they have things tied up against the spinning, never believe it.

The only one who knows the why of all the spinning, is the Joker holding the bag—and he ain’t talking.”

I sure as hell aint going to tell anyone that I know anything about the spinning around; but I think after decades of spinning I have a vague idea, and that is we need to verify the myth of “original sin.”

Since we all are exactly what I said earlier about body and minds; incapable of peace, love, and prosperity for all. The one thing that makes sense is that the original sin had to be when some of the spinners arrogantly wanted to hold the bag, thereby calling all the shots as if they were God, and we have paid one helluva price for that original chutzpah.

A serious look into the notion of “Original” sin is certainly called for. Have you noticed the push among the “educated” spinners lately? Wanting our society to doubt and denigrate this legendary notion? Have you ever perused then thought about how the Talmud deals with this all-important notion?