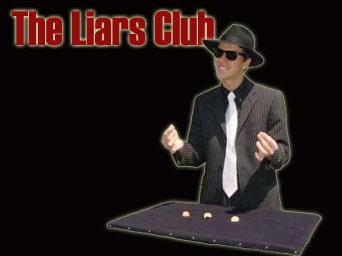 The EU is a Financial Shell Game

You have been hearing Europe is broke but what you have heard has been filtered through newspapers and TV stations owned by “certain groups” paid to lie to you.

Your information is useless, as usual, like everything else you think you know.

Let me tell you a short story and then drop some minor facts any 2 year old could check that will, we hope, make you question other things.

Other than peddling lies on the internet, correct that, “information” that contradicts the harmful mythology peddled by media with an agenda quite directly orchestrated by organized crime syndicates, I work in murders and executions, tied to the defense industry.

This, of course, is a childish joke.  Business school folks have an underdeveloped sense of humor.  “Murders and executions” means “mergers and acquisitions.”

The defense industry is built on one failed company built out of “hot air and bullshit” buying others of the same, starting a revenue stream through bribery and being bought off by a larger shark.

This is where the Carlyle Group, General Dynamics, Boeing, Raytheon, Thales Company and others came from, crap piled so high the stockholders can never seen the real horizon.

One of my partners in this business works out of Switzerland and is an OPM guy.

This is another 5 cent joke.

OPM means “other people’s money” which means he sells bonds and manages a hedge fund.

What kind of money are we talking?

We could buy General Dynamics out of spare change.

His point to me today, “Gordon, you write a lot better than me.  Please take a second and remind Americans who, in Europe, really owes money.

Wake these idiots up!

This is what he sent, taken right out of Wikipedia of all places:

It is worthy to note, that Italy is in better shape than both France and Germany.

The next two countries represent France and Germany, which the media represent as the countries that will save the Euro!

I guess that they could not come up with a good acronym, which is why they excluded France from the PIGS group.

Let’s not forget the USA, whose credit rating was lowered due to its “debt problem”  For whom exactly are these famous ratings agencies working for?  France, Germany, and the UK all have equivalent or better credit ratings that then USA !

What more do you have to do to be accused of treason ?

The real bandits that risk collapsing the world financial system !

A DEFAULT WOULD CLOSE EVERY FINANCIAL INSTITUTION ON THE PLANET.  THIS IS THE BIGGEST THREAT TO EVERYONE’S ABILITY TO BUY A LOAF OF BREAD TOMORROW,

PUT THIS ON EVERY SENATOR AND CONGRESSMAN’S DESK.

THE IMPACT OF THIS IS MUCH WORSE THAN ANY WAR THAT MAY BE AT BEST IN THE PLANNING PHASE, AS THIS PROBLEM ALREADY EXITS TODAY !, AND THE COVER UP OF THIS IS MOST CERTAINLY THE ROOT CAUSE OF ANY FUTURE WARS !!!!!!!!!!!!!

What my friend’s point is doesn’t take a genius to understand:

There is a reason I don’t invest in Swiss Franc’s.  Each bill or coin should have a picture of Alfred E. Newman.

Right now, Israel, France and Russia are figuring out a way to keep the war in Afghanistan going while suckering America into moving troops into Northern Nigeria.  I expect to be heading there soon, a good chance for some to get a shot at me.  Good luck with that!

They are afraid cheap African natural gas will destroy their monopoly so they are acting just like they were the Capone gang, which is exactly what they are.

In the Persian Gulf, we are seeing exactly the same thing.  Iran and some “friends” are involved in a complicated theatre to push up oil prices.

Check today’s Bloomberg, although I cringe whenever mentioning the name of someone with such a reptilian demeanor.

Screw the current crisis, ignore Israel other than to forcibly strip the Zios of Gaza and the West Bank and pretend Iran isn’t there.  If you look at their military, Iran really isn’t there.

Do take a second to note that today, Iran put out a press release that they produced their first nuclear fuel rod.  This is a nice, decent and peaceful thing but the announcement was a challenge.

They just put a shot across the bow of another crooked monopoly.  The whole thing is organized crime especially the news.  Calling reporters and editors pimps is a kindness.

Try driving across Italy now.  Why can’t you see or breathe?  They are cooking their meals with sticks they pick up in the woods.

In southern Italy, they don’t even have sticks.

Why is all this happening? Why is Europe in hidden poverty while newspapers and news organizations continually print utter lies about everything from foreign policy to economics?

The answer is simple.

The only real wars, the only real conflicts are between the organized crime syndicates, Israel and the Rothschilds and their thieving American partners against the Freemasons and the gang at the Vatican.

Oversimplified?  Perhaps.  Or perhaps not.