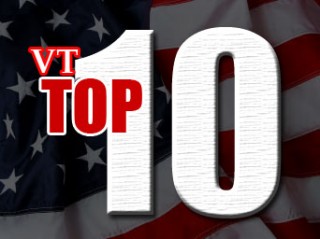 1.    Chairman of Guard Bureau joins Joint Chiefs.  The Joint Chiefs of Staff has grown by one, with existing members, however reluctantly, welcoming the chairman of the National Guard Bureau as a full member.
2.    AKO users warned following Stratfor website hack.  The U.S. Army’s Web portal for soldiers is asking anyone who registered usernames with open-source intelligence provider Strategic Forecasting, or Stratfor, to watch for identity theft and report any credit card fraud to the Army’s Criminal Investigation Command.
3.    As budget cuts loom, questions arise about U.S. forces in Europe.  When a task force of Marines deployed to eastern Europe on a five-month mission to train partner militaries, it did not come from U.S. bases in nearby Germany. The 185 reservists flew over from a base in the States.
4.    U.S. warships will continue their rounds in Persian Gulf, Pentagon says.  The U.S. military won’t tiptoe around the Persian Gulf region because of Iranian threats, the Pentagon promised Tuesday. “The deployment of U.S. military assets to the Persian Gulf region will continue as it has for decades,” Pentagon press secretary George Little said.
5.    Looking for new recruits.  Moody County Enterprise  Finding younger members is becoming a problem across the country, especially as more and more World War II veterans begin to die and their families request that an honor guard attend their funerals. The US Department of Veterans Affairs estimates that …
6.    Veteran, service dog denied overnight stay at Asheville veterans shelter.  Asheville Citizen-Times  Bracken had not checked in with the Veterans Affairs hospital in town and did not have a referral from the VA, Rogers said. The VRQ is run by ABCCM, but it receives about $1.5 million annually in operational funds from the US Department of Veterans …
7.    Disabled veteran’s family needs help to finish home.  Daily Inter Lake  … 82nd Airborne Division based out of Fort Bragg, NC, White was released from duty with a medical retirement, and was declared as having a “low ranking disability” by the US Department of Veterans Affairs, despite his extensive injuries. …
8.    Military Families: ‘Growing Up With War,’ High School Students Report.  Huffington Post
Most teens rarely find themselves wrapped up in foreign affairs, but for military families, it affects many aspects of their lives and the lives of their loved ones as well. According to the US Department of Veterans Affairs, 43 percent of active duty …
9.    Goal of ending vet homelessness in sight.  Stockton Record  More than 70 percent between the last two counts, according to the US Department of Veterans Affairs, which says the numbers of veterans without housing has been dropping across the nation as well. Compared with 2009, homeless veterans today have more …
10.    Veterans Evaluation Services to lay off 73.  Houston Business Journal  Veterans Evaluation Services Inc. began to layoff 73 employees on Dec. 29 because of funding cuts from the US Department of Veterans Affairs. The Houston-based company that provides veterans compensation and pension examinations said in notification …

VA will host its first Veteran Career Fair and Expo on Jan. 18 in Washington, DC. The free event is for Veterans and will provide information on education, benefits, jobs, health care, and small business opportunities. The event is sponsored by VA for Vets.