Home Government Obligation of the Citizenry in a Democratic Republic 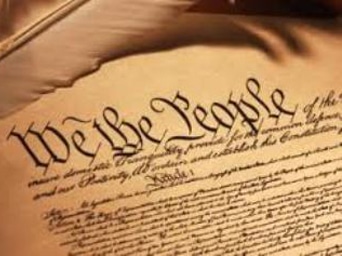 This past week my mailbag has been pretty full with letters and comments on Veteran’s issues, and of course politics, not surprising about politics because it is the season. Actually the way things are going in government, everyday just seems to add to the political season. It is not hard to understand why when you just look around at what has happened over the last decade, and if your mind is brave enough to venture back to the Fifties, we would expect, as my father would say, “to see people rolling over in their graves” at what has transpired.

What has happened to America, the home of the brave, the land of the free, the home of opportunity to millions of immigrants, to pride in our country, to honoring the flag, moms, apple pie, and one nation under God? Where has it gone, what happened, and is there any chance we can regain our way and once again become the greatest experiment in government ever enacted on this earth? Over the next series of articles I will try to answer these questions and open my column for constructive debate.

Diving back to my office on the Interstate, coming back from working on one of our Disabled Veteran’s  programs, I tuned into a radio talk program and couldn’t believe what callers were talking about and that the radio host wasn’t really challenging them. Words have meaning and what I was hearing was driving me nuts. The American people are very gullible. They do not look beyond the story for the facts and do not read between the lines as to the meaning of the words or the source of the story.  Many arguments will not stand up to closer examination, and so I feel it is time for some honest discussion backed up by facts.

As I am well into writing another book titled, “Down of Main Street”, I have become a student in researching and documenting the background of problems in America. I have been studying the root of problems and discovered that many are simply out-of-touch with reality, never learned (or we’ll be gracious here to our school systems and say people have forgotten what they learned) in history class. Down of Main Street is about common sense, logic, and the way that the average thinking individual views things that go on around them in an attempt to understand what the hell is wrong with the country.

To get a real picture of America and the changes that have occurred we really need to break it all down to the lowest common denominator across a broad spectrum and see how the evolution of our government experiment as a Democratic Republic has panned out. To do so we will touch on a number of subjects on which many have opinions but are often so misunderstood or controversial to discuss the subjects never get a fair and open airing. The subjects that have most affected the United States and can best used to understand what has happened to America are listed below:

Quite a list, right?  I am sure your first view will illicit mental responses on every one of these subjects, some out of the ability just to identify where the problems lie, some with reverence, some will just shake their heads in agreement, that yes, all are part and partial to what was once the American our mothers and fathers believed in and passed on to us with bright hopes for the future. Others will just tune out, not pay attention or contribute, and continue watching the nation head over Niagara Falls in that preverbal barrel, lending credence to the old axiom the “10% make it happen; 10% watch it happen; and 80% didn’t even know it was happening”.

Let’s start at the beginning, 1. Our form of government…an experimentation in democracy.

Art. 4 Sec. 4 Par. 1 of the US Constitution says, “The United States shall guarantee to every State in this Union a Republican form of Government.” (Not a democracy). Our Pledge of Allegiance is an a testament reinforcing the Republic form of government – “I pledge allegiance to the flag of the United States of America, and to the Republic for which it stands …”

Given this (and I don’t even know if it still taught in schools), Benjamin Franklin said as he was leaving the building where, after four months of hard work, the Constitution had been completed and signed, a lady asked him what kind of government the convention had created. A very old, very tired, and very wise Benjamin Franklin replied; “A Republic, ma’am if you can keep it.” (Webster’s dictionary definition: a government in which supreme power resides in a body of citizens entitled to vote and is exercised by elected officers and representatives responsible to citizens and governing according to law.)

Margaret Thatcher once said, “Europe was created by history. America was created by philosophy.” The Iron Lady, as she was called by friend and foe, went on to say, “Freedom is not synonymous with an easy life. … There are many difficult things about freedom: It does not give you safety, it creates moral dilemmas for you; it requires self-discipline; it imposes great responsibilities; but such is the nature of Man and in such consists his glory and salvation”.

Most American’s when asked, will tell you America is a Democracy. Well, that really isn’t a true description of our form of government. In a democracy there is a direct vote of the people and majority of the vote rules. Democracies are not always the best form as observed by our Founding Fathers. What if the majority voted slavery back in, or voted to exterminate people of a particular religion, national origin, or that had any physical disability? Our experiment in government, being one of a representative democracy, where our elected representatives vote their conscience or the “will of their constituents”, insures the rights of minorities are best protected. As one can note from election records, only about 50% of the citizens seem to understand it.

Issues 2 and 3, self-reliance, independence, opportunity, freedom, and responsibility are a citizen’s obligation, and go hand-in-hand. They are inseparable when it comes to a representative democracy, yet nearly half of all Americans don’t get it. Again, quoting Margaret Thatcher…

“I think we’ve been through a period where too many people have been given to understand that if they have a problem, it’s the government’s job to cope with it; i.e. ‘I have a problem, I’ll get a grant.’ ‘I’m homeless, the government must house me.’ They’re casting their problem on society. And, you know, there is no such thing as society. There are individual men and women, and there are families. And no government can do anything except through people, and people must look to themselves first. It’s our duty to look after ourselves and then, also to look after our neighbor. People have got the entitlements too much in mind, without the obligations. There’s no such thing as entitlement, unless someone has first met an obligation“.

This is wisdom that defies challenge. Government has nothing, zero, zilch, nada…NOTHING. They produce nothing, and have no money, without first taking it with THE CONSENT of the electorate. This is called taxation. That’s the way our Constitution, which restricts government power to the will of the people was written. Like the other subjects on our list, this too has become a perversion which will rear its ugly head every step of the way as with go through the issues on our list.

Walter E. Williams, American economist, commentator, academic, and John M. Olin Distinguished Professor of Economics at George Mason University, has written about government perversion of its responsibilities on this very issue. “In a free society, government has the responsibility of protecting us from others, but not from ourselves. Nothing in our Constitution suggests that government is a grantor of rights. Instead, government is a protector of rights. “No matter how worthy the cause, it is robbery, theft, and injustice to confiscate the property of one person and give it to another to whom it does not belong.” Yet taxation by the government to fund the duties to which it is empowered to perform, and as limited by the Constitution of the United States, is permitted by the governed, but unfortunately has become an overpowering leverage to coerce the citizenry into dependency and by its arbitrary and capricious implementation for and against the different segments of the population to rule in some cases, with impunity.

Every citizen of the United States has an obligation to be self-reliance, and self-sufficient, in order to participate in the God given rights as expressed and acknowledged in our Constitution. Those freedoms include life, liberty, the pursuit of happiness, independence, freedom of religion, association, and speech, and access to opportunity. Voting is also part of the obligation of every citizen, but that also includes being informed. If a citizen fails in his or her obligation, they should logically relinquish their right to protest and complain about the elected government. This is the way it should be in a civil society. If one doesn’t vote for the type of government they want, they end up with the government they deserve.

We will continue on Monday.