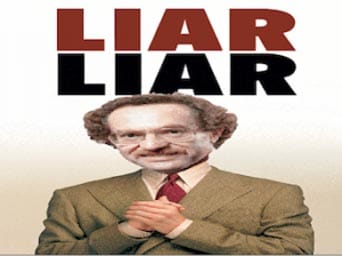 A year ago I was invited to attend a celebration of Martin Luther King Jr. at the Friends Meeting House, NYC. The Meeting House Orchestra was due to play music from my award winning Exile album – an album created to celebrate the prospect of peace and harmony in the Middle East and beyond.

Yesterday, the concert took place. Friends Meeting House was packed to capacity. The atmosphere was electric. Though I have performed at, and attended music events pretty well every night for the last thirty years, what I saw yesterday was one of the most moving events that I have ever attended or participated in.

However, one particular Zionist ethnic-cleansing advocate, seemed a little less than happy. Just hours before the event, the infamous Alan Dershowitz decided to destroy the party. In shame and desperation he attempted to pressure the organizers to cancel this concert.  Perhaps the Hasbara mouthpiece truly believed that destroying a Martin Luther King Memorial was good for Israel and/or the Jews.  He was wrong. Again, as ever, he overestimated his own power and influence.

As I opened my eyes today I learned that a humiliated Dershowitz had spread his vile demagoguery in the New York Daily News.  As he now does at least once a week, again he calls me an anti-Semite and a Holocaust denier. Again, he stitches together sentences and half-quotes completely out of context.

Again, he attacks my many and distinguished academic endorser – He tried it with  Professor John Mearsheimer and he tried it with Professor Richard Falk – but again, always he fails. The painful truth is that over the years Dershowitz has earned himself a reputation as a compulsive liar – and, save for a few noisy Zionists, no-one takes him very seriously any more.

Recently, I exposed Dershowitz’s  Lies and Glitches in a comprehensive  deconstruction of his duplicitous tactics, so I see little point in doing it again. But I do understand why Dershowitz is so upset about my latest book ‘The Wandering Who’. In the book, I present some harsh criticisms of Jewish identity politics. I don’t criticise Jews and I don’t criticise Judaism – but I most certainly do criticise the Dershowitzes of this world. I expose their lobbying tactics, their aggressive and deceitful behaviour and their advocacy of wars and global conflicts. So, I guess that Dershowitz must have now grasped the personal consequences for him of the success of ‘The Wandering Who’.

Dershowitz knows all his campaigns have been in vain. He knows that my book is endorsed and praised by the leading humanists of our time. And he knows that not a single endorser of my work has bowed their head or bent their knee to his relentless pressure. In effect, Dershowitz knows the tide has changed. For him at least, the game is over.

Unfortunately, winning a battle against Dershowitz doesn’t always achieve that much. The man has no dignity, no sense of worth. He is completely unable to do the decent thing and just drift away. So, I guess I’m stuck with him forever.

But I’ve learned to make the most of it.  What I do is to allow Dershowitz to handle all my PR on this side of the pond. And you know what? The boy’s doing good. In fact, following today’s article in the Daily News, I’m looking forward to quite a surge in book sales.

And sooner than you think.

Gilad Atzmon’s New Book: The Wandering Who? A Study Of  Zionist tricks and Dershowitz in particular. Available on  Amazon.com  or Amazon.co.uk.