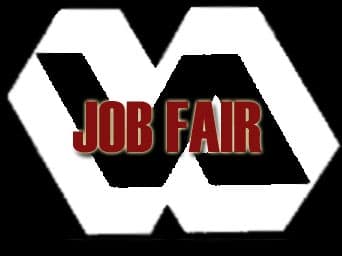 “It’s a job fair for veterans, and we’re obviously encouraging all veterans interested in going to attend,” Pentagon spokesman Navy Capt. John Kirby told reporters. “Apparently there are about 4,000 jobs available throughout the mid-Atlantic region, and there will be some … hired right on the spot.”

Veteran unemployment is a significant issue, Kirby noted. The Labor Department’s unemployment report for October said the average unemployment rate among all veterans was 7.7 percent, and 12.1 percent for Iraq and Afghanistan vets.

Dennis May, chief of veterans recruitment and outreach for VA’s veterans employment service office, told American Forces Press Service the job fair is designed to help veterans with every aspect of job searching.

The fair will feature hundreds of hiring managers who can use one of 100 on-site interview rooms to talk with job candidates, May said. But vets — or troops nearing the end of their military service — also can find classes in writing a résumé or polishing interview skills, he added.

Attendees who don’t land an offer the day of the fair can leave with a federal or civilian résumé they can use on future job searches, he said.

“This is not a typical job fair,” he said. “In addition to VA and over a dozen other federal agencies, we’ve got several private companies participating.”

The event will include a “job-seeker boot camp” designed to help transitioning service members and veterans learn about civilian job-seeking skills, May added.

VA also will offer the “VA for vets” initiative at the fair, he said, which pairs coaches with veterans for individualized assistance in areas such as translating military experience into language a civilian hiring manager will understand.

May said representative from several VA offices will be on hand to answer questions and provide help to homeless veterans or those who simply have health-care or benefits questions.

More than 300 volunteers will staff the job fair, which is the first of its kind for VA, he said.

“It’s been a huge undertaking,” he said. “We anticipate that this event will be a success, and we anticipate doing something similar at the upcoming VA Small Business Expo in June, in Detroit.”

May said he encourages veterans interested in either federal or private employment to attend the fair. The VA encourages attendees to bring a DD Form 214 — Certificate of Release or Discharge from Active Duty — or military identification, he added, but administrative representatives will be there to confirm veteran status for those lacking credentials.