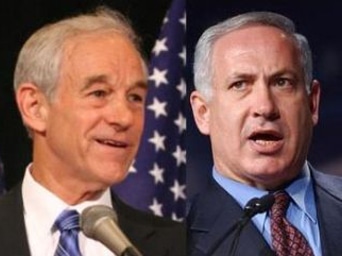 A curious glance at the current crop of presidential candidates makes it clear that Ron Paul stands alone when it comes to the issue of US engagement in foreign wars. He stands with George Washington against foreign entanglements while the rest of the candidates stand with Teddy Roosevelt and the attempted creation of America’s first empire one hundred and twelve years ago. Mark Twain responded to that effort by creating the Anti-imperialist society while he caustically satirized the effort in his depiction of the massacre of the Moros in the Philippines. Now we have more massacres, using drones instead of canons, on equally hapless civilians who are caught unawares or hiding from the wrath of America’s righteousness as we drive to bring virtue to a primitive world.

Today America has an estimated 700 military installations in about 140 nations around the world; its bases surround Iran as does its nuclear capability, and it is engaged in executive “wars” in Iraq, Afghanistan, Pakistan, Libya, Syria, Yemen, Saudi Arabia and Palestine. All of this while carrying a debt that exceeds thirteen trillion dollars, cutting budgets in education, medical care and social security, and retaining a Pentagon budget that exceeds that of the 16 declared developed nations combined. And to top it all off, we are considering armed aggression against Iran that could plunge America into the biggest war since WW II. Why?

Why add Iran to the list of wars when we have succeeded in losing the “wars” in Afghanistan and Iraq? Let’s admit the truth, we do not control Afghanistan and, while we have ostensibly left Iraq, we have left it in chaos and disarray. The question persists, why?

Why invade Iran? Ask first, why did we invade Iraq? Why did we not object to Israel’s bombing in Syria? Why didn’t we object to Israel’s invasion of Lebanon or Gaza? The world’s nations objected in UN Resolution after Resolution. But America voted to support Israel’s illegal aggression. Why? It is America’s reputation that has been placed in the gutter; it is America that is ranked with Israel as the most dangerous nations on the planet; it is America’s democracy that has been diluted, nay emaciated, as our liberties have been eroded with ever increasing draconian delusions that they are purportedly designed to protect while they make the citizen fodder for the few in control. So the question persists, why?

Not long ago, the answer may have been provided when Netanyahu was interviewed by Piers Morgan about the Iranian threat. Relative to this discussion is a comment made by Netanyahu in his interview with Morgan, a comment that I have not seen mentioned in America’s press.

When pressed by Morgan about the Iranian threat constantly broached by Israel and its U.S. supporters and what Israel intends to do about it, the repartee always returns to Iran as not only a threat to Israel, it is a threat to “Europe and the United States.” Morgan asks again, “What is the answer, Prime Minister?” Having successfully avoided saying that Israel would attack Iran to rid it of this danger, Netanyahu resorts to “I’m talking about a credible military action.” “Lead by who,” asks Morgan. “Lead preferably by the United States,” replies Netanyahu. “Could you contemplate some kind of land invasion,” asks Morgan. “Well, I think the United States has proven great effectiveness and I’m going to divulge a secret to you about their capabilities. They’re greater than ours.”

So says the Prime Minister of Israel as he talks about using America’s military to take out the Iranian threat to Israel. Why not use American boys and girls to kill your enemy and save your own sons and daughters? Why not indeed. Mark the tone. It’s almost as though he is saying to this imported talk show host, “Why do you ask, Stupid, it’s so obvious.”

According to recent polls, Americans have fallen out of favor with our numerous wars in countries we neither know nor can spell: Afghanistan, Pakistan, Iraq, Libya, Palestine and Syria. This fact seems to be of little interest to the candidates who appear committed to the military-industrial complex that funds their respective campaigns. Indeed all seem committed to the addition of Iran since it appears to threaten, existentially, our aborted child, Israel. In short, if an American believes that he or she should vote to end America’s foreign entanglements, he or she has only Ron Paul to vote for. All the others have stated unequivocally their support for the state of Israel and its drive to stop Iran from gaining nuclear power. A vote for Romney, Perry, Gingrich, Santorum, or Huntsman means a vote for Netanyahu and his expressed desire to have American boys and girls serve Israel in this cause, or so he says.

Consider these statements by our candidates:

Israel to show the world we care about that country and that region.” Mark that Romney makes no reference to Palestine or Palestinians; how does one resolve a conflict if one does not recognize the second party?

Note that Huntsman does not mention that Israel has occupied Palestine for 63 years, illegally according to international law and the charter of the UN that the US has agreed to. Moreover, the constantly reiterated cause of unrest in the mid-east is the occupation of Palestine by the Israelis. To say it is not so, is, to borrow Gingrich’s eloquent phrase, “baloney.”

Ron Paul on the Economy

Here is what Ron Paul says about American imperialism, a voice crying in the wilderness:

This is the choice presented to the American voter.

What we know clearly is that America has set out on a course of world domination that mocks the very concept of democracy where people are free to choose their government, not be told who will govern them by a foreign power. What we know tragically is that the American government is content to support and sometimes to create dictators that oppress their own people, if they obey America’s dictates, as the fall of Mubarak in Egypt attests. What we also know is that our government has been bought by a foreign power to secure its own ends regardless of the consequences to the people of the United States. What we know unfortunately is that any citizen wishing to run for the office of President must kowtow to the desires of the state of Israel by declaring his or her allegiance to that state or be declared a nut case.. What we know truly is that America is no longer the nation of the free citizen, since we are now subject to the fear that resides in the gut when threatened by unsubstantiated allegations of suspicion as a terrorist that can result in indefinite detention without trial or due process. Such is the decline of the once proud and free experiment that was the United States of America.