Home Veterans Exactly Who Is In The Driver’s Seat in Washington? 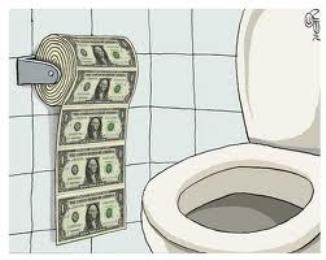 If you have been following my columns the past week or so, you know I have been writing about the 40 things that Americans need to address to keep the nation from running off the cliff into the financial abyss. Today I need to take a slight detour to address some of the emails I have received regarding our elected officials in Washington and why we have to watch them like a hawk until their day of reckoning comes in November 2012.

One such e-mail referred to HR 4646, a bill submitted by Democrat Representative Chaka Fattah, Second Congressional District in Pennsylvania, which would impose a 1% financial transaction fee on all monetary transactions from bank deposits to ATM withdrawals, to car sales, to every deal in which money changes hands. Sounds innocent enough, particularly when he called the bill “Debt Free America Act”. It went to the Appropriation Committee and appears to have died there. Than God!

That didn’t stop Chaka. On March 16 2012 he reintroduced the bill as  HR1125. Its whereabouts is unknown today. The point to make here is that these bimbos never stop trying to come up with lame-brain ideas to grab our tax dollars. This is the same group of bandits which devised the Ponsi Scheme to loot Social Security “Lock Box” or so-called “Trust Fund”, which today is being paid out of general revenue because our money is gone. They are simply money-hungry dimwits who believe Americans are asleep.

The gang inside the Beltway are so out-of-touch with reality and the American people we have to call them on everything they do. For years I have contended that divided government works best because it keeps some checks and balances in a system that is coming apart at the seams. Divided government slows things down and there is apt to be less damage done by those in Washington who want to become the answer to all our prayers.

When the Democrats controlled the Presidency, the Senate, and the House of Representatives, they took off running with the nation’s credit card and ran up nearly $4 trillion dollars in debt, funding everything from Nancy Palosi’s spending millions to protect the Candlestick Park swamp rat, to sending $100,000 to the Washington State Fruit Commission to stage a “celebrity-chef fruit promotion road show” in Indonesia. To our elected officials no project is to loony, no cost to great, just spend, spend, and spend! Yet in all the hoopla about our faltering economy, not once did the one party controlling government pass a budget as prescribed by law. They ran the government on continuing resolutions so as to hide their devious actions.

“It’s the seedy underbelly of Washington, D.C. The hallways of Congress are often dark alleys of wasteful spending and pork-laden deal-making. Down these lanes, shadowy special interests and empire-building bureaucracies lie in wait to relieve innocent taxpayers of their hard-earned money. They spend billions on wasteful programs, pet projects, and the accumulation of personal power. They threaten to bankrupt our country as our national debt soars out of control.

According to Forbes Magazine, “Government spending must be cut. The national debt exceeds the annual GDP. Total unfunded liabilities are 14 times as much (more than $200 trillion in all unfunded obligations to go along with annual expenditures). Government spending once again must be cut. Unfortunately, the biggest pots of money have the largest number of dedicated guardians. Interest on the national debt must be paid, unless Uncle Sam is prepared to default, like Greece. Seniors form a phalanx around Social Security and Medicare. Medicaid already ill serves the poor and underpays doctors. The military-industrial complex fights as hard for weapons spending today as it did against communism during the Cold War”. Yet Veterans are the first subject of budget cuts.

The article concludes with, “About all that’s left is domestic discretionary spending, roughly 15 percent of the budget. Most everyone in Washington talks about freezing or cutting these outlays, but nothing ever happens. Politicians want pork to distribute and interest groups want grants, loans, loan guarantees, tax preferences, and all manner of other privileges funded by government. Whether Republicans or Democrats are in control, the taxpayers’ money continues to be wasted”.  When the Democrats regained control of Congress on January 4, 2007, the national debt was $8,670,596,242,973.04 — that’s $8.67 trillion. Today it is $15,248,000,000,000.00 and by the end of 2012 it is estimated to be $17 trillion!

As I have written in the past, the problem with Congress and in Washington DC is not that they have a tax collection problem. We are taxed enough already. The wealthy do pay their fair share, though perhaps some don’t consider the top 3% of the wage earners doling out their hard earned money to a wasteful Congress a fair share when it cover 38% of all collected income taxes. The facts are blatantly clear, Obama’s class envy is 100% wrong…Top earners are the target for new tax increases, but the U.S. tax system is already highly progressive. The top 1 percent of income earners paid 38 percent of all federal income taxes in 2008, while the bottom 50 percent paid only 3 percent. 49% percent of U.S. households paid no federal income tax at all.

If the main street media is successful in duping the public with mis-information and mis-presentation of the facts about not only the economy, the severity of the national debt, and the fact that the “fair-share” argument cannot hold up to scrutiny in their effort to re-elect this President and the dimwit members of Congress who have far out-stayed their welcome, we are all domed.

Wake-up America! Become educated to the facts and vote to get us back on the right track.