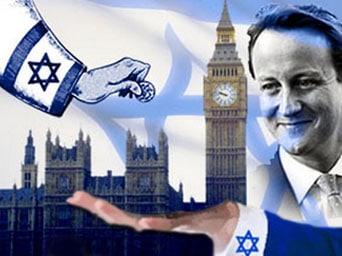 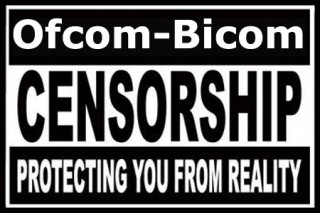 Eventually but not surprisingly, Britain capitulated to an urging demand long wished for and much desired by the Royal family to silence Press TV in the UK thanks to the unflagging efforts of the servile media supervisory office known as Ofcom.

The British Office of Communications (Ofcom) revoked Press TV’s broadcasting license on Friday and the channel was consequently removed from the Sky platform.

However, it is more painful to learn that the decision made by the Office of Communication (Ofcom) arises out of purely political concerns. An office with intimate ties to the Royal Family, Ofcom has issued the verdict under the sway of some influential parties in the government and the Bicom firm to boot.

Bicom (Britain Israel Communications & Research Centre) is a London-based company funded by Israel. Tasked with inseminating the Zionist political ideology, Bicom also funds those who are in one way or another involved with anti-Iran activities. Bicom is in fact a front organization with a variety of tasks including security and intelligence activities as well as the promotion of Zionism. Apart from garnering support for the Zionist regime among Britons, the office also serves as a bridge between the Mossad and MI6. The CEO of the office, Lorna Fitzsimons, a former MP, is noted for her constant support for the Zionists. She used to be a member of the campaign group, Labor Friends of Israel (LFI). It is basically a lobby group promoting Zionism within the British Labor Party in particular and in Britain, in general.

In October 2011, there was a major scandal in Britain which led to the forced resignation of British Defense Minister Liam Fox. An unofficial chief of staff to the wretched minister and his best man, Adam Werritty accompanied him on a number of official visits and virtually made all his decisions. Interestingly, he had in February (2011) arranged a meeting between Fox and senior Mossad agents at a security conference taking place in Herzliya, near Tel Aviv, where they explored ways to overthrow the ‘Iranian regime’.

On several occasions, Werritty had travelled to Iran and held secret meetings with opposition groups with the express intention of conspiring against the Islamic government. Interestingly, MI6 was informed of his connections and debriefed him after he returned from overseas trips.

Werritty was financially backed by murky sources such as Bicom. And he was considered an influential member of the organization and a highly regarded agent for Mossad. 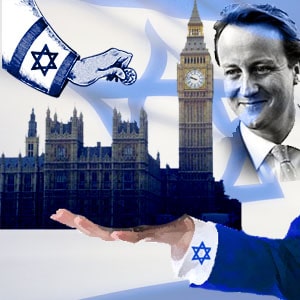 With anti-Iran sabotage activities high on its agenda, Bicom has worked closely with Ofcom towards eliminating a critical voice: Press TV.

Needless to say the Zionist Bicom has been influential on Ofcom’s verdict. Another piece of evidence which points to a pervasively powerful proclivity for the removal of the channel from the Sky platform in the UK pertains to a Wikileaks cable dated December 6, 2010 which not only confirms the political nature of Ofcom’s verdict but it also suggests a labyrinthine conspiracy.

The cable reveals a secret meeting held on February 3, 2010 where Jaime Turner, Deputy Head of Multilateral Affairs at the Foreign and Commonwealth Office’s Iran Group, briefed Poloff, Iran Watcher at the US Embassy in London on Press TV.

Turner reveals how the British government is looking for effective ways to muzzle the channel, “The British government is exploring ways to limit the operations of IRIB’s Press TV service, which operates a large bureau (over 80 staff) in London. However, UK law sets a very high standard for denying licenses to broadcasters. Licenses can only be denied in cases where national security is threatened, or if granting a license would be contrary to Britain’s obligations under international law. Currently, neither of these standards can be met with respect to Press TV, but if further sanctions are imposed on Iran in the coming months, a case may be able to be made on the second criterion.”

With the closure of Press TV’s office in London and the removal of the channel from the Sky platform, Britain is now deluded into believing that her efforts have resulted in splendid fruits and that she has been able to gratify the whims of the Zionists.

Alas! Poor Ms. Britain! There is never an impediment to the free flow of truth!