Home Government Wolves On Prowl for a Few Good Marines 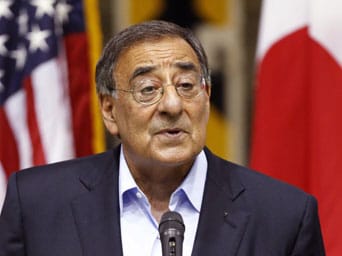 Does anybody wonder where the top brass in the military, the mainstream media, the liberal political wonks, and John Q Public have their collective heads? I’ll give you about three guesses but the first two won’t count.

This past week we have heard from the news media about, oh my God, Marines urinating on the bodies of dead terrorists. As usual, many tried to paint everyone in uniform as guilty, reminiscent of the Vietnam era when everyone was called “baby killer” and worse. Even our fearless leaders in the Pentagon, joined-in about the lack of respect to the dead shown by my fellow Marines, even though minutes before they were asked to “kill the bastards”.  The cries rang out to “string them up”, did not curry any favor to 95% of veterans who understand that there is no way to equate killing someone to urinating on them.

This week I received an email from a fellow Marine Veteran that speaks for a lot of veterans. Anger wouldn’t begin to cover the fact that our armchair generals and politicians are the first in line to throw these warriors under the bus, forget the fact that they have had to fight the war with one-arm behind their back. As the email stated, it’s almost like trying to survive in a war against a bunch of animals that eagerly slaughter men, women, and children through the use of terror, yet our side is expected to fight by the Marquis of Queensbury rules. For the media and politicians perhaps their ignorance can be excused because 90% have never faced anything more traumatic than an angry den mother, let alone be scared so bad they defecate in their pants from fear of dodging artillery and bullets.

For those in the military who sit in judgment, have you forgotten the fear of combat and the stress that goes with it particularly when all hell breaks loose? In your time on the firing line were you asked to treat the enemy like ordinary street thugs in New York? Did your time in the trenches strap you with all the trappings of fighting by the rules of political correctness? Was your time in hell treated by the politicians as a social experiment? Were you ever offered a medal “for restraint” for not blowing terrorists to hell at every opportunity? Those comfortably seated in the air conditioned pentagon are quick to forget the pressures placed on the shoulders of America’s best and brightest with not one tour of duty, but multiple deployments.

Less than .5% of our citizens sign up to protect us from “all foes foreign and domestic”. Those who do are sent repeatedly into combat, told how they must fight even though they are the ones getting their butts shot off, and then, because they get just a wee bit stressed out and use some bad judgment, become the first to be strung up by their thumbs. At worse these Marines deserve reprimands and a notation made in their personnel file, but a call for a court martial is way out of bounds.

For the citizens of the US who seem to have forgotten about the war on terror, forgotten about the savagery of Al-Qaida and the Taliban, what are you going to do when they make a call for more troops and nobody shows up to provide the protection which keeps you save, warm, and free. Yes the Afghanistan and Iraq Wars are winding down, but is anyone so ignorant they believe we can all join hands now and sing kumbaya…everything is going to safe and peaceful now? Such stupidity abounds and is very dangerous thinking.

I think America has kind of gotten its head stuck in the wrong place where the sun doesn’t shine. I find it a bit naïve to think that the use of terror dating back to the first attempt at the World Trade Center bombing was actually done with the foresight that some Marines would urinate on dead terrorists 20 years later, yet we have all heard that such acts are what spur terrorism in the first place. The “Blame America first” group is just a few French fries short of a happy meal.

Terrorism, particularly that which is done in the name of religion by those willing to blow themselves up, is a result of ignorance and brainwashing. In many cases those destined to participate is such causes have been deprived access to any sense of decency, honor, and in some cases education. They have become mindless dolts. Our world has become such that it is kill or be killed…just ask the family of Daniel Pearl.

There is no reasoning with such mindset, and if anyone believes you can negotiate with terrorist, welcome to the world of Neville Chamberland. Even the suggestion as was recently pose by our current administration is a sign of weakness. Negotiation under any name is to capitulate; it is surrender; and the mere mention of it poses an even greater danger to our citizens. To those in public office who took an oath to defend the Constitution and people of America…it is time for them to be thrown out of office for even thinking about negotiations. We are a civilize world and the terrorist are nothing but animals.

It may have become the goal of our politicians and military leaders to win the hearts and minds of the Muslims we have been fighting, but in real life, just to get home alive, it has to be the goal of the warrior to kill every mutha’ in the Jihad. As it has often been stated, “kill them all and let God sort it out”.

Getting back to the email I received from that Marine Veteran. His observation was crystal clear, “America is at war with militant Islam. In Afghanistan the Taliban is militant Islam. The Taliban gave refuge and support to Al Qaeda as it prepared the attacks of September 11. The Taliban works around the clock to put American servicemen in their graves” (by any means possible). In short…The Taliban BAD; the United States Marines GOOD. He gets the picture and our politicians and military brass don’t.

This whole issue as being perceived by the United Nations and the so-called Muslim World is much ado about nothing, and our weak-kneed bureaucrats, both inside the Pentagon and inside the Beltway are afraid to stand up and tell the world to “kiss-off”. If you don’t want your dead treated in this manner, then don’t pick a war with us.

I can actually think back when we won a war. World War II was won by vicious tactics in which millions of civilians were killed. Does Hiroshima ring a bell? Do the carpet bombing runs over Germany ring a bell? War is hell, not some mambie-pambie game of chess. Death is about as real as it gets.  I cannot imagine anyone in uniform saying urinating on some terrorist that was just blown away without any thought about compassion, “This is egregious, disgusting behavior,” (Pentagon spokesman Capt. John Kirby)… “It turned my stomach.” Say what? Turned his stomach? What about our soldiers who were slaughtered, dragged through the streets, torched, and hung up on a bridge for display to the whole world?

Who the heck is this Kirby character? Must be from the new breed of politically correct social experimenters occupying the Pentagon. As the email went on to say, “maybe he is in the Girl Scout Branch of service”!

Okay…so I am miffed along with a heck of a lot of other people. Where is the angst and outcry of the celebration by the Muslim World over a bunch of psychotic wacko terrorists killing innocent civilians, by the way? Check out a top-selling “rag” being sold throughout the Middle East! Does he deserve a bullet? Is he the one they would send to negotiate with the Obama Administration? Do the lives of so many dead and wounded soldiers and grieving families and friends, not deserve a degree of understanding our leaders don’t seem too interested in using when discussing the conduct of a few Marines? I’ll let you decide, but I think you know my position. Semper Fi!