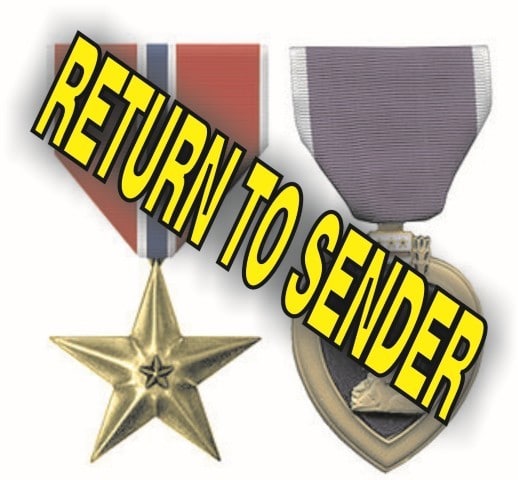 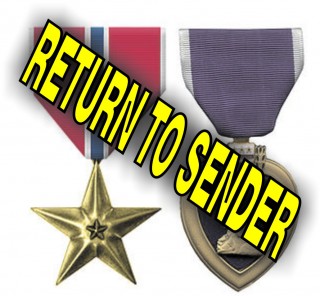 “My ex-wife didn’t serve in Vietnam, I did. She wasn’t forced to killed people, I was. She wasn’t the one severely wounded, I was. She didn’t experience the pain I did. She doesn’t have the disfiguring scars I do. She doesn’t have to take the long list of medications I do, and she will probably out live me because of all of this. My ex-wife is not entitled to any of my combat related disability benefits. My veteran’s disability compensation belongs to me, and only me, and no one is going to take it from me,” said Scott Cameron of Duluth, Minnesota.

Scott Cameron is a Vietnam combat wounded disabled veteran. He is one of the 300,000 U.S. troops wounded during the Vietnam War. Now Cameron is involved in yet another battle here at home. Cameron has been ordered by a civil court judge to pay his ex-wife $500 a month in alimony. Scott Cameron, who is totally and permanently disabled and unemployed, says he would have to use his veteran’s disability compensation to comply with the court order, and that ain’t going to happen. In an act of protest, Cameron has returned his Bronze Star and Purple Heart back to Congress. According to Cameron, these combat medals are the most treasured and cherished items he owns.

Scott Cameron is a member of Operation Firing For Effect’s AREA 5301, a group of disabled veterans currently protesting the use of veteran’s disability compensation as “income” in a divorce settlement and divided with an ex-spouse. WWW.AREA5301.NET

According to OFFE National Chairman, Gene Simes, Mr. Cameron’s disability compensation is protected by a federal law which was written over 175 years ago. Simes said that civil courts nationwide are routinely violating the absolute protection of veteran’s benefits from attachment as stated in; USC, Title 38, § 5301. Nonassignability and exempt status of benefits, (a) (1) Payments of benefits due or to become due under any law administered by the Secretary shall not be assignable except to the extent specifically authorized by law, and such payments made to, or on account of, a beneficiary shall be exempt from taxation, shall be exempt from the claim of creditors, and shall not be liable to attachment, levy, or seizure by or under any legal or equitable process whatever, either before or after receipt by the beneficiary.

In an effort to avoid arrest for contempt, Scott Cameron has left the United States to live in another country. Cameron says it’s a sad day in this country when a combat veteran has to leave the country they love in order to keep the military disability benefits they earned in combat.

OFFE is currently monitoring 153 cases nationwide of 5301 abuse in state divorce courts. According to Gene Simes, to date, 9 members of AREA 5301 have been jailed for refusing to give up their disability compensation in a divorce. In addition, several veterans have also returned their military awarded medals to Congress in protest. Scott Cameron is merely the latest to send his combat medals back to Congress. Simes says that the courts are causing great hardship on our disabled veterans. OFFE has documented cases of homelessness and suicide directly related to divorce settlement rulings which use disability compensation as a divisible marital asset or as a funding source for alimony, Simes added.

OFFE Legal Annalist, Simon Alvarado has invested thousands of hours of research on the 5301 issue. Alvarado says state court judges are totally ignoring the federal law, and disabled veterans are being ordered to pay increasingly large alimony amounts using their disability compensation. This has resulted in veterans leaving the state and even the country in order to avoid arrest and survive. Minnesota has made Scott Cameron a criminal in his own country for standing up for the disability benefits he earned in combat, Alvarado added.

Although Jere Beery only served 4 years in the U.S. Navy, he has an impressive military history. Twenty-seven months of that service was in the combat waters of Vietnam. His first duty station in 1965 was aboard the USS WESTCHESTER COUNTY, (LST-1167) as a Seaman. The WESTCHESTER COUNTY was involved in many operations within the combat waters of South Vietnam and received many awards and accolades for her service. The WESTCHESTER COUNTY was the recipient of 15 Battle Stars for her 19 years of service. LST-1167 was one of only 3 ships of her type to earn 15 Battle Stars (out of over 1200 LSTs built since before WWII).

Beery’s second duty station in 1967 was with the legendary PBRs of the Brown Water Navy. As a volunteer, Beery saw combat on a fairly routine basis with this elite group and their high-speed patrol craft. On March 1, 1968, Beery’s patrol was ambushed by a sizeable force of NVA and Viet Cong. The boat Beery was aboard took two direct RPG hits to her starboard side badly wounding four members of the boat’s crew. Seaman Beery was the most severely wounded and not expected to live. The first RPG had exploded right where Beery was standing as he manned his 50 caliber machine gun. To this day, Beery contributes his survival to the life-saving actions of his patrol officer, LT. RICHARD GODBEHERE and his other crew members. Beery spent the next year and a half hospitalized and recovering from his wounds. THE GODBEHERE PATROL

On November 1, 1968, while Jere Beery was recuperating at NAS Hospital, Jacksonville, Florida, USS WESTCHESTER COUNTY was attacked on the My Tho river. At 03:22 in the morning two very large mines were detonated on the ship’s starboard side. 25 men were killed, 17 were the ship’s crew. Several of the men killed that morning were friends and former shipmates of Beery’s. This incident has gone down in history as the greatest loss of life by the U.S. Navy in a single attack during the entire Vietnam War. USS WESTCHESTER COUNTY

In mid-1969, Jere Beery was medically retired from the Navy. His service record reflects 1 Bronze Star, 3 Purple Hearts, and 5 military campaigns in Vietnam. Beery was also rated totally and permanently disabled by the Veterans Administration.

Over the years since Vietnam, Jere Beery has attempted to do some things many thought impossible for someone with physical injuries such as his. During the early 80s, Jere Beery, as a member of the Screen Actors Guild pursued a brief career in the motion picture business as an actor. Beery landed a few small parts in a number of movies and television programs. On several occasions, to the amazement of many, Beery even executed his own stunts.

In 1986, Jere Beery gave up his career in the movies to crusade for his fellow veterans. Since that time, veteran’s rights advocate Jere Beery has been a noted driving force in the Veteran’s Rights Movement and effort to improve services for our veterans. Beery’s efforts have been extremely well documented and many articles have been written about his quest. A few of these articles can be found on this page. You can also type the words “Jere Beery” into any search engine to find out more about Beery’s efforts. www.google.com

Jere Beery’s multifaceted story is truly an amazing one. From his survival in Vietnam to risking additional injury executing stunts in the motion pictures, to fighting to protect the benefits earned by our troops, Jere Beery has forged his own trail and continues to amaze and baffle many.