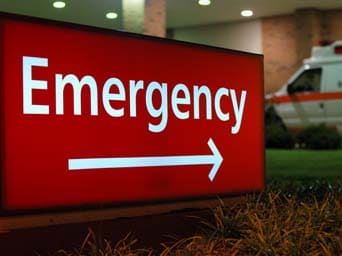 WASHINGTON – The Department of Veterans Affairs announced today a change in regulations regarding payments for emergency care provided to eligible Veterans in non-VA facilities.

“This provision helps ensure eligible Veterans continue to get the emergency care they need when VA facilities are not available,” said Secretary of Veterans Affairs Eric K. Shinseki.

The new regulation extends VA’s authority to pay for emergency care provided to eligible Veterans at non-VA facilities until the Veterans can be safely transferred to a VA medical facility.

More than 100,000 Veterans are estimated to be affected by the new rules, at a cost of about $44 million annually.

VA operates 121 emergency departments across the country, which provide resuscitative therapy and stabilization in life-threatening situations. They operate 24 hours a day, seven days a week. VA also has 46 urgent care units, which provide care for patients without scheduled appointments who need immediate medical or psychiatric attention.

Morgan buoyant over the future of cricket; ICC chief plays down impact of Twenty20 on Test game.(Sport)

South Wales Echo (Cardiff, Wales) December 19, 2008 TEST cricket has nothing to fear from Twenty20, the head of the sport’s global governing body insisted as he received an OBE.

Kevin Pietersen’s side were beaten earlier this week by the hosts in an exciting match in Chennai that was in doubt following the shootings that killed more than 170 people.

Critics of Twenty20 fear it may put the future of the five-day game in peril.

But after the Buckingham Palace investiture ceremony, Morgan said: “I think world cricket has probably never been healthier.

“Some people worry about Twenty20, but I think Twenty20 cricket is a great opportunity for the game.

“I don’t think it threatens the longer form of the game, and you will have seen that fromthe game in Chennai – which went to five days and wasagreat Test match. site driving test game

“Test match cricket is still the biggest challenge for cricketers.” Morgan, 61, a Welshman who served as the England and Wales Cricket Board chairman, was honoured to receive the OBE from the Prince of Wales for services to his sport.

Talking about the concerns around whether England would return to play in India, he said: “I believed firmly that if the security advisers judged it was safe and secure for the England team to return then the England team had a duty to return, and the captain Kevin Pietersen and the management team saw it as a duty – and they fulfilled it.

“It’s a great credit to the cricketers and their support team that they went back to India. It’s very important that terrorism is not seen to be winning.” ENGLAND will leave no stone unturned in their preparation for next summer’s Ashes – a fact proven by the warm-up match they have arranged against Warwickshire immediately before the first npower Test in Cardiff.

The three-dayer with county champions Warwickshire at Edgbaston which will start on July 1 and coincides not only with a round of LV County Championship matches, but also a four-day England Lions tour match against Australia, just a few miles down the M5 at Worcester.