Secretary of State, GOP-er, Convicted of 6 Counts of Election Rigging

It has taken me a long time to get over the idea that Communism is a “left” thing.  I now know better, that “Neocon” means “Commie.”  For years we were told that right wingers were Nazi’s.  Imagine, having to apologize to Nazis.

The problem is spreading but the worst places, of course, have been Michigan, Wisconsin and Indiana.  A group there of what we now know to be communists have taken over the government pretending to be conservatives.

They have been working to break trade unions and replace them, not with capitalism. They want a Stalinist police state with gun seizures, neighborhood spy groups that they call “anti-terrorist watches” and, at the same time, destroy the middle class and education systems which might threaten totalitarian rule.

We thought “ground zero” would be Wisconsin but it is now Indiana where a jury just convicted Secretary of State Charlie White, the man who runs the state’s elections with 6 felony counts of voter fraud.

The governor tried to keep him in office anyway and has appointed his assistant, someone who may also face similar charges in what we have been told is a secret Federal Grand Jury investigation, as his replacement.

The verdict against White came back yesterday at 2 pm while Whites assistant in all his acts on behalf of what we can now call the Socialist Republic of Indiana, Jerry Bonnet, has taken up his gauntlet.

The basis of communism is the elimination of free elections, we know this well in Ohio.

In our last election, the governors attempt to use his socialist, Republican party to take over the state’s labor unions was defeated by a massive margin, a governor whose election itself was likely voter fraud as were the two Bush wins in Ohio.

A website had been set up offering a $10,000 reward for proof of the murder of Michael Connell, the Republican party programmer who admitted to rigging the 2000 and 2004 presidential elections for Bush.

Connell died in a mysterious plane crash after asking for protection.  He was to testify against Bush advisor Karl Rove in an election fraud civil trial.

A tipster close to the McCain campaign disclosed to VR in July that Mr. Connell’s life was in jeopardy and that Karl Rove had threatened him and his wife, Heather.   VR’s attorney, Cliff Arnebeck, notified the United States Attorney General , Ohio law enforcement and the federal court about these threats and insisted that Mr. Connell be placed in protective custody.  VR also told a close associate of Mr. Connell’s not to fly his plane because of another tip that the plane could be sabotaged.

Mr. Connell, a very experienced pilot, has had to abandon at least two flights in the past two  months because of suspicious problems with his plane.  On  December 18, 2008, Mr. Connell flew to a small airport outside of Washington DC to meet some people.  It was on his return flight the next day that he crashed.

On October 31, Mr. Connell appeared before a federal judge in Ohio after being subpoenaed in a federal lawsuit investigating the rigging of the 2004 election under the direction of Karl Rove.  The judge ordered Mr. Connell to testify under oath at a deposition on November 3rd, the day before the presidential election.

Velvet Revolution received confidential information that the White House was extremely concerned about Mr. Connell talking about his illegal work for the White House and two Bush/Cheney 04 attorneys were dispatched to represent him.

Rove had threatened Connell, who had requested to be put in witness protection.  The Bush Justice Department had refused to protect Connell who was quickly eliminated.   Sources in the intelligence community said the same group that was responsible for the murder of Senator Paul Wellstone and his family were used to kill Connell.

As a final reminder of how far things have gone, please watch the following video which includes two classified news reports and police recordings from 9/11:

Both CNN and CBS now say they never made the recordings you just saw.

Those who were arrested as the police network recording indicated, disappeared.  Their arrest records no longer exist.

All forensic evidence of the truck explosion is gone.

All witness statements, number, we are told, 188 eyewitnesses, disappeared as well.

The arresting officers “no longer exist” as does the dispatcher.

Video of the incident, both “dashcam” and CCTV have disappeared as have all legal records.

In fact, this one small incident, the explosion on the Garden State Parkway, is the biggest and certainly the best documented coverup in American history.

More arrests were made by NYPD of a similar truck outside the Lincoln Tunnel.

On this basis, we are ready to believe that 9/11 may never have happened at all, in fact we are waiting for the announcement that the twin towers had never been built.

We had already been told the 3rd tower, “Building 7” had never existed.

The following video would be humor were it not for several hundred dead, victims of the building that never existed, whose destruction you watch while, in fact, the building still stands virtually undamaged:

What you are seeing, of course, is more of the practices of Stalinist communism, who else would try something as insane as this and, of course, walk away as though nothing had happened.  Then when the families of the victims raised money and ran these ads on TV, 300 million Americans must have had to run to the bathroom or refrigerator, perhaps both.

Even Dan Rather denies he made the broadcast we feature above.  Perhaps it was a clone from a secret lab in Siberia.

Today, Mitt Romney is the leader, unless something unpleasant happens to him, like someone decides he needs to be “plane crashed.”  Romney turned over his taxes but he also admitted to having offshore bank accounts in the Cayman Islands.

This is like admitting you don’t abuse children, at least not children over 8 years old, and claiming to be “innocent.”

All money in the Caymans in laundered cash.  None can be proven as to where it came from or how much is there.  Admitting to having accounts in the Caymans is, in fact, an admission of being a financial criminal and then denying it one sentence later.

I’m sorry, but this is a pack of communists, nothing else, all Stalinist holdovers sent to destroy the United States. 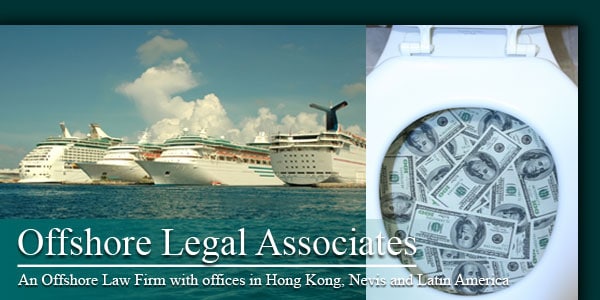