Home Economy How’s That “Change” Working Out For You? 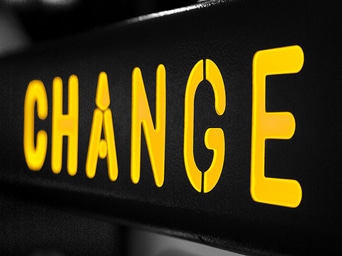 Wall Street is up…the Dow, Nasdaq, and S&P. Unemployment dropped to 8.3%. According to the Mainstream media, Obama, and all liberal and the Washington DC intellectuals who applaud BIG GOVERNMENT, are dancing like fairies in wonderland. Those who have longed for the day America joins the socialist democracies in Europe, can all take a sigh of relief…Obama the Messiah was right. His vision of changing America and his answer to whatever ails America can be solved by the federal government and is working. It is time for all of us to kneel on our blankets and bow toward the White House five times a day!

If all this is true and Obama is truly able to walk on water; that unemployment is really dropping like a sack of manure; that BIG GOVERNMENT is really the answer; and that our Founding Fathers concept with our experiment in free enterprise democracy has finally been dis-proven after creating the greatest nation the world has ever seen, then I must have missed something here.

HOWEVER…In the week ending January 28, the advance figure for seasonally adjusted initial unemployment claims was 367,000, a decrease of 12,000 from the previous week’s revised figure of 379,000. Soon we will also have an influx of 900,000 veterans leaving the military and entering the workforce. Let’s see them cover those numbers up. Oh yeah, they will just be uncounted folks who won’t have jobs, because I don’t believe they will qualify for  unemployment insurance.

You were promised change…here’s your change by the numbers:

Thanks to how the government does its calculations, they can make the numbers infer anything they want. To say the numbers are being “fudged” in Washington, is no stretch of the imagination. Only in Washington can you lower the unemployment rate by increasing the number of those going back to work by 243,000, while at the same time you have an increase in new unemployment claims of 367,000. So the media, without any investigation buy into these glowing reports and believe we’ve made great headway…”unemployment has now dropped to 8.3%”…Right.

How can this be? To get the TRUE PICTURE, you have to look at ­ALL the numbers:

According to the REAL VOICE ON WALL STREET, Investor’s Business Daily:

The truth is, by now we should have created millions more jobs than we have. But Obama’s $836 billion stimulus, his botched industry bailouts, his failed “green” energy policies (Solyndra, et.al), his regulatory siege on business, and his disastrous attacks on Wall Street and entrepreneurs have made this the worst recovery in history.

These government “number slingers” are the same bunch that tells you the Consumer Price Index increased 3.0 percent before seasonal adjustment to end 2011. Let’s see… 3% inflation. Do you really believe that? Have you been shopping lately? Have you purchased gasoline or diesel for your vehicle so you could go to work (if you still have a job)? Oh, that’s right.  THEY DON’T COUNT GAS AND FOOD IN THE INFLATION RATE!  I guess we don’t need food or gasoline.

In most families the women do most of the grocery shopping right? Men usually aren’t always up to current grocery store prices. Next time anyone talks about politics and how things are going, just ask them if they have purchased ten pounds of potatoes this past year, or stopped in at a gas station.  In 2009, 10 lbs of potatoes cost about $3.50 in Western Michigan (about $3.00 at Wal-Mart). Today the cost is over $5 any place you want to shop. Gas was $1.79/gal when Obama’s entourage slithered into Washington and today, down at the local discount gas station here in North Carolina, it’s $3.59. Is it any wonder they DON’T CALCULATE FOOD AND GAS INTO THE CPI?

You know… I can show you how America can have a perfect 100% health rate meaning a rate where everyone in the country is perfectly healthy using the same “government calculation mentality”. First we exterminate everyone over the age of 50; then we take every one of all ages who is sick, mentally ill, or handicapped and ship them out of the country. Then we have to sterilize all women so we won’t have any children born with birth abnormalities, and what do you know…we end up with a population that is 100% healthy…Pretty simple.

If you think the government wants you to know the real numbers you must live on Mars or have been drinking the Kool Aid. If they came clean we would run all of them out of town. They have us speaking in terms of  TRILLIONS instead of millions when talking about the national debt and pretty soon a trillion will be as meaningless as a million. IT IS ALL FLIM FLAM. The average American is plain and simply numb with the whole charade.

Last week I showed you what a trillion dollars was in a real life picture (see: http://www.veteranstoday.com/2012/02/01/our-freedom-is-fragile-and-perilously-close-to-extinction/). Did you see it and study it? I then showed you the stack of money in $100 bills so you would see what our national debt looks like and get a “feel for it”. And finally I showed you what $114 trillion in our nation’s unfunded mandates looks like that will fall upon our children and grand-children’s shoulders. It can never be paid. America….WAKE UP! Your country’s going down the sewer and you ride along like a little kids on the merry-go-round.

The current administration and all those in the presence of the “king’s throne” are to blame. The voter is to blame. It hasn’t happened overnight or even over just with this administration, but has been geometrically compounded by a continual stream of pocket-padding, teat sucking, self-aggrandizing, politicians who have a sense of self-worth and importance that exceeds the rule of God Almighty.  America voted for change, but as my mother once warned, “be careful what you wish for”.  I didn’t vote for change and count myself as part of the loyal opposition. I guess that makes me a racist to those who have no common sense and see all issues as emanating from race, national origin, sex, sexual preference, or other politically correct parsing of the population.

Believe what you want and believe what you are told by the media. But it was a guilt-ridden America (remember slavery?) who elected the least qualified individual one could imagine to the highest office in the land. The Media went all in to get this guy elected. He had never so much as written out a paycheck, had to deal with payroll taxes, and had no business experience. He was a stealth candidate, or some say, “could he possibly be The Manchurian Candidate?” We elected a person who told us well in advance that he was going to “fundamentally change America”, and now we act surprised.