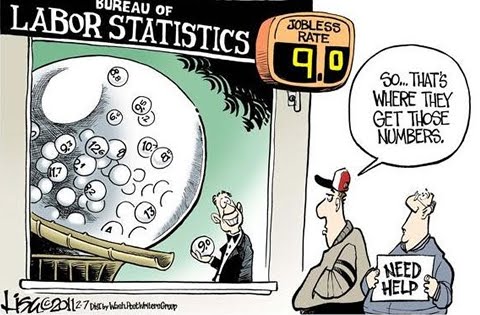 In early fall last year we leaked that we were building a new website to provide unbiased facts about those who are running for office…President, Congress, and Governors…the very folks who we entrust to lead our nation. The day of charging off to the election booth and simply casing your ballot without really studying the candidates, their voting history, where their funding comes from to run for office, and what their positions are on issues across the board, is OVER. That site will become available in the next couple of months.

The nation is on the brink of following Greece and many Western European Countries over the cliff of insolvency and regardless of what the mainstream media tells you, it is time to become and educated voter. The quality of life of our children and grandchildren is in our hands. If you have been following my articles lately, you know the country has accumulated massive amounts of unfunded mandates which we are obligated to pay to make good on all the promises spoken from the mouths of those we elected to lead. I won’t bother to footnote some of what I share with you in today’s article, as I have thoroughly footnoted the numbers in previous columns, but the government is simply not truthful with the citizenry.

The amount and duration is the question. My concern is how the government will handle those “unemployment numbers”. Back in 1964 when all factors were considered, the number would blow the official unemployment figure through the roof, but we all know the administration would not allow that to happen. Today, if the numbers make the politicians look bad, they are just not counted.

I could spend all day writing about why we, the taxpayers, need to thoroughly clean house inside the Beltway before it is too late. We have legislators who have been in office far too long. If you want to become violently ill, just check the record. Many have been in office longer than you or I have been at work in a real job, and longer than many have been alive. Just a few which come to mind including both Democrats and Republicans: John Dingell, Daniel Inouye, John Conyers, Charles Rangel, and Bill Young…all more than 40 years; Thad Cochran, Pete Stark, Don Young, Pat Leahy, Chuck Grassley, Tom Harkin, George Miller, and Henry Waxman…all more than 35 years.

Investigations have turned up examples of lawmakers allegedly growing their portfolios with help from their positions. The top Republican on the House Financial Services Committee quickly doubled an investment just a few days after sitting in a closed briefing about the movement of the markets. Nancy Pelosi, the former speaker and currently the House’s top Democrat, also benefited from a lucrative public offering from Visa in 2008. Among the names to recently surface hinting at “insider information” being used to ingratiate a legislator’s wealth portfolio include such names as Bachus, Boehner, Hastert, Gregg and others. Such stories are always denied, but how can one NOT benefit when making laws that can easily affect the affairs of businesses. The best remedy is to drain the political swamp often through term limits.

Legislative office was meant to be “public service” rather than a life-long career. Look it up, you can find it all on the Internet.

“No nation can ever be greater than the combined character, integrity and virtue of its leaders”. Anonymous

Term limits have long been discussed by generations before us, not just in the US but going back to the earliest governments like Athens, Sparta, and Roman. In Rome elected magistrates served a s 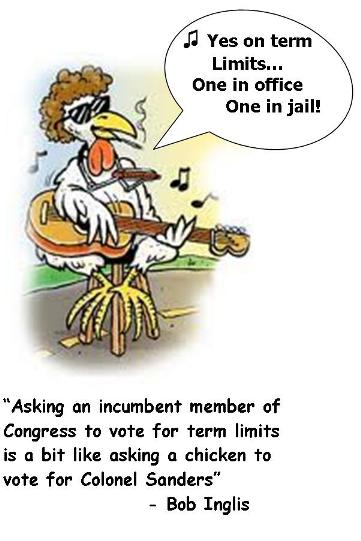 ingle term of one year, and reelection was forbidden for ten years. Our Founding Fathers studied these early empires and were interested in how to keep our new Representative Democracy from creating the concentration of power in those who wished to pursue a lifelong career in public service. History is the best teacher and it was known that once the government loses a close connection with the governed only bad things can happen. This is why the early terminology use referred to a “Citizen Legislature”.

In the initial negotiations on how to address such concerns it was decided to use an “honor system” for governing term limits and place the governing power in the first three Articles of the Constitution establishing the framework for democratic government…a system of checks and balances…aimed to prevent the disproportionate accumulation of power and influence in any one branch of government, or in any one political body. It wasn’t until the twentieth century that we Americans allowed that honor system to be bastardized through a gradually progressive redistribution of wealth using so-called programs that always start as good intentions by some, but end-up screwing the real wage earner in this country.

For the government legislative creep to begin, the names of such programs always have innocent and great sounding names. “Social Security”…just a small, set aside to see you through retirement. This was when life expectancy was just 57 for a man and 62 for a woman. That should have been warning enough to say NO. Collection of Social Security was to begin at age 65. How about the quaint sounding names like “safety net”, Head Start, and who could resist, “Medicare”…it’s the word “care” at the end that sounds so benevolent.

By creating these programs, the government then started calling them “entitlements”, meaning everyone was entitled to them. They quickly discovered they could refer to these programs and make them political footballs which would cement their time in office almost indefinitely, knowing nobody in their right mind would willingly give up a freebie from Uncle Sam. It was wealth redistribution and a way to reward life-style choices that people would make that didn’t turn out right. Drop out of school, do drugs, commit crime, become addicted to some substances…it doesn’t matter, the government will get you through it. “Just vote for me and everything will be alright”….Instant long-term career!

In the original Continental Congress they had it right as Article V stated, “to prevent every danger which might arise to American freedom by continuing too long in office as members of the Continental Congress, no person shall be capable of being a delegate for more than three years in any term of six years.” Unfortunately, such wording never made it to our US Constitution which governs us today. To try enacting term limits today will require a constitutional amendment, and asking a legislator to write such legislation let along vote in favor of will be like urinating in the Atlantic Ocean to try and make the tide rise.

“Asking an incumbent member of Congress to vote for (congressional) term limits is a bit like asking a chicken to vote for Colonel Sanders.” Congressman Bob Inglis

I was once told and now believe to my very bones, “If you don’t have a horse in the race, you have no right to be on the track”. Of course “its better to own the racecourse then the race horse”, but those who do not pay federal income tax, and the number is rapidly closing in on 50%, have enabled our elected officials to permanently occupy Washington as if they own it, by the power of their vote. Those who by the power of their vote continue to re-elect those who perpetuate the confiscation of tax money from the workers and reward those who are less productive, makes changing such a system impossible to change.

Politicians always fall back on the old cliché of “providing for those less fortunate than the greedy rich”, inferring those who are successful in their business somehow inherited, stole, lied and cheated their way to success and really don’t deserve that which they earn. They now have nearly 50% of the population believing that. Ask yourself (and be honest in your answer), if most all those successful in their businesses, just studied harder, studied longer, worked harder, worked longer, invested their savings, gambled everything, and became successful, while those less successful made other choices in life. Has the success of the United States and the quality of life we enjoy in this country been because there is a reward for hard work or because of government handouts? Should those with no horse in the race be allowed to continue to vote for a government to steal from those who have earned what they have?