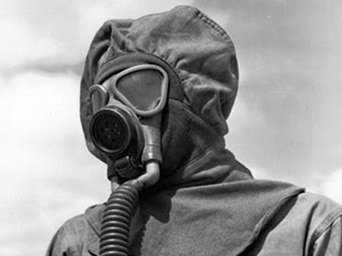 San Francisco, Calif. 2/9/12 — On behalf of two non-profits, Vietnam Veterans of America and Swords to Plowshares, and eight individual disabled veterans, Morrison & Foerster today filed a petition for class certification in a more than two-year battle with the U.S. military over secret testing of chemical and biological weapons on its own soldiers. The plaintiffs, who are seeking certification of a class of veterans and their survivors, included more than 1,000 pages of supporting documents filed under seal. The last two years have seen titanic discovery battles in which the defendants have resisted production of documents and sought to limit depositions. Trial is set for early 2013.

This lawsuit does not seek monetary damages. Rather, the plaintiffs seek:

The research programs at issue, concentrated at the Army’s facilities at the Edgewood Arsenal and Fort Detrick, Maryland, allegedly tested more than 400 different chemical and biological substances during five decades in locations throughout the U.S. and abroad, and involved an estimated 100,000 active duty military personnel. The substances tested ranged from drugs or chemicals such as LSD, mescaline, BZ, amphetamines, mustard gas, sarin, CS (riot control agent), and a THC analog called “red oil,” to biological substances such as anthrax, botulism, plague, tularemia, Q fever, as well as crop destruction agents such as dioxin, used in Agent Orange. Plaintiffs allege that none of the “volunteers” for the program provided informed consent, that some experiments were conducted on unwitting participants, and that the testing program involved multiple violations of the Nuremberg Law.

The plaintiffs also contend that the defendants failed to conduct medical surveillance or follow-up of the test subjects, and that defendants have refused to collect information regarding patterns of disease amongst the exposed veterans. The few existing studies or reports indicate that the so-called “test vets” experience a disproportionate incidence of post-traumatic stress disorder and a variety of other diseases and ailments associated with the test substances such as cancers.

Discovery and investigation in the case have shown that the Department of Veterans Affairs actively participated in the human research program, using veterans as test subjects. Yet plaintiffs contend, that same DVA is tasked with deciding veterans’ disability claims. DVA outreach reports show that it has denied between 97% and 99% of all disability or death claims arising out of the exposures. Plaintiffs claim that the DVA is biased against granting claims due to its self-interest in the issues. The claims process has also been complicated by Department of Defense claims that it cannot find records to substantiate most of the veterans’ participation in the tests, causing DVA to summarily deny those claims.

Discovery has also revealed that the CIA secretly retained a cache of 12 magnetic storage tapes, which contain information accumulated for over a decade, including a detailed database of Edgewood studies and participants, as well as a compendium of thousands of files and reports from research conducted at the Edgewood Arsenal and other sites. The defendants have resisted production of the contents of these tapes, which were placed in secure storage at Langley in 1972, arguing most recently that the DOD and CIA lack the capacity to read the files stored on the magnetic tapes. Plaintiffs have filed a series of motions seeking to force production of the documents in the CIA cache, a process that is still ongoing. Plaintiffs have also filed a series of motions challenging defendants’ claims that key documents are “state secrets” or covered by the “deliberative process” privilege. See www.edgewoodtestvets.org for more information.

Michael Blecker, Executive Director of Swords to Plowshares, said, “Swords is proud to be a part of this case and to see it reach the stage where it can hopefully benefit tens of thousands of disabled veterans.”

Rick Weidman, Executive Director for Policy and Government Affairs, of Vietnam Veterans of America, added, “What VVA is all about is to ensure that we leave no veterans behind. The chem/bio veterans were used by the government many years ago and were discharged and abandoned. It is a national disgrace that must be made right.”

We are Morrison & Foerster — a global firm of exceptional credentials. Our clients include some of the largest financial institutions, investment banks, Fortune 100, technology and life science companies. We’ve been included on The American Lawyer’s A-List for eight straight years, and Fortune named us one of the “100 Best Companies to Work For.”  Our lawyers are committed to achieving innovative and business-minded results for our clients, while preserving the differences that make us stronger. This is MoFo.