Home Veterans A Nation Cannot Abandon the Needs of its Veterans 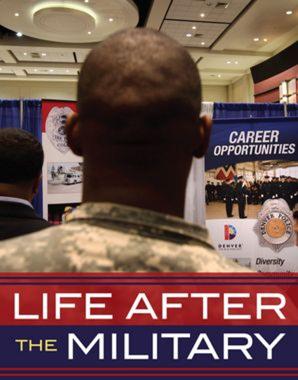 Over the past two months I have been privileged to be included in communications regarding an effort by a group of veterans living in Trinton Falls, New Jersey to provide assistance to veterans returning from Iraq and Afghanistan. Those who know the challenges of coming home and then facing the prospect of the transition period will remember how difficult some of those days were. The troops returning home today, however, are faced with a dismal economy, and cost cutting measures by government which will, in most cases, make the transition to civilian far more difficult.

The group’s leader is Don Fitz Maurice, a WWW ll combat wounded Veteran who served in the 15th Air Corp. as a tail gunner, flying 62 combat missions out of Cerignola, Italy. They number 350 members and have gone to great lengths to secure the former West Point Prep facilities located at the recently closed Ft. Monmouth for establishing their center.

Don is a former New Jersey state senator and with his band of Veterans collected signatures supporting Resolution 82 from the New Jersey Senate Committee urging Congress and the DOD to create a federally funded program to furnish financial assistance so that this center can help the veterans returning home to New Jersey. The Jersey Senate unanimously approved the measure which was then forwarded to Washington only to fall on deaf ears.

Not ones to giving up, they have tried to get the attention of those they believe could help but have been consistently greeted with, “there is no money for such undertaking” and that “you should seek private funding”. Needless to say, with Washington’s proclivity for spending monies and supporting much less worthy programs for all the special interest groups with big expensive suede-shoe lobbyist, I guess all should have expected such a response from those inside the Beltway. You know the groups I am talking about, heck, I have been writing about them for months…they are the ones who believe they are entitled to taxpayer funding without ever lifting a finger to earn it. Veteran’s on the other hand…that .45% of the population who keep the other 99.55% safe and free…can just go fend for themselves.

So, where do where do they go from here? If you haven’t been following my columns or just crawled out from under a rock and not paid attention to the news these past 3-4 months, we have about 900,000 active-duty military homeward bound and will be cut loose. That’s 900,000 more facing the prospect of looking for work in a marketplace destroyed by government policies, by jobs shipped over to China, with plant closings, and through reckless and ineffective government FEEL-GOOD measures that have proven less than successful.

What makes their plight so much more unbearable is that many are coming home with physical and mental wounds, many who will need months if not years of rehabilitation and physical therapy, while at the same time trying to re-learn that sense of intimacy with their families; learn how to communicate in words with more than just four letters, learn new skills, and figure out how to start all over again. Many had enlisted to make the military their career and those with 10-12-16 years of service will have to watch while their once-planned-for-retirement program is thrown under the buss along with those who will need long-term assistance.

But let’s face it…it is what it is, and those of us with an once of sense have known for years that our government has been going down the wrong track for more than a decade and seemingly perpetuated by wrong-minded politicians more concerned with their own re-election than doing the right thing for the American people. There isn’t and hasn’t been any fiscal responsibility inside the Beltway for going on two decades. They just print more money, deflating what we all try to get by on, pile on the debt, and continue to pump money into worthless programs trying to help those who don’t care to take responsibility for themselves.

Their answer is “go seek private funding”. Our answer should be OKAY, but we’ll be damned if you think we won’t throw your butts out come November”

In reality we do have the power of the vote, but we also have 28 million Veterans that they can only push around for so long. We all signed on for the greater good, even if many were drafted. We went when duty called. Everyone gave some and some gave all so that America could continue to be the best place on earth to live. We will weather this storm as well and find a way to make lemonade out of the lemon government has thrown us.

In late summer a group of Veterans and friends are planning to do a major car show near Atlantic City, NJ. It is part of a series of shows we have planned to support veteran causes across the country. These are events which can raise a lot of money to benefit the programs we need as part of “fending for ourselves”. Our first event is scheduled for Hickory, NC on April 28 and will benefit our Living Military Museum and our group of disabled veterans; Atlantic City is on target for June 30-July1; and followed by Houston for October 6-7. We have tentatively scheduled other events in Atlanta, GA, Statesville, NC, and Fayetteville, NC. In short, if veterans, veteran service organizations, and the support we can get from the public all pitch in, we don’t need to beg on our knees to the politicians.

To our veterans in Trinton Falls, NJ, we will pledge to you our support in exchange for help in working with our team in Atlantic City to make the Atlantic City Car Show event successful. I know it isn’t as easy as having the government drop off a truck load of money on the front porch, but then again, we are not one of those politically-correct special interest groups, hanging around for a freebie. We are Veterans! To view our temporary website CLICK HERE (We have tentatively posted Bader Field as the location to fill in website space but that will change to the real location shortly).

In the meantime, I would suggest finding temporary quarters from which to operate and begin laying the foundation for the services you will need to provide. These would include a close working relationship with your local VA Center, Blue Star Mothers, Gold Star Mothers and as many veteran service organizations as you can. I will gladly share my list of VSO’s with you for that purpose. It also helps to work with your local media folks to gain the publicity and community support you will need.

Make –up a list of some potential employers who might want to play a role in putting the warriors back to work. Working with the VA and their educational counselors you can learn how to advise on using services that are available. For those who are not ready for the labor force, you will need to learn about the Unemployment Compensation for Ex-service members (UCX). This is a program that is out there for veterans who might need a helping hand while they look for work. If you are going into the business of helping the returning veterans, you need all the tools at your disposal. I think our group here in North Carolina can help.

In my home town in Mooresville, NC we have created the “most patriotic coffee shop in America” at Richard’s Coffee Shop (see: http://www.welcomehomeveteran.org/) where we welcome all veterans of all conflicts. It is an informal setting and has become a gathering place where veterans can get guidance and counseling for whatever problem or demon they may have to face every day. Wednesdays and Saturday morning are special at Richards; all veterans get free coffee and a chance to discuss their problems with the many veterans there. We all have open ears and open hearts. Vice President Bob Dole, the Tuskegee Airmen, and thousand of Purple Heart recipients have found their way to our doorstep from nearly every state in the union. Many return over and over for the solace that they receive from their band of brothers.

We would welcome you to hop on the train and head south to Charlotte, NC. The round trip ticket is only about $200 out of Philadelphia to see what we have built to help each other. We’ll gladly meet you at the station and put you up for a night. The trip would give you ideas on how you can inspire the community, promote businesses to become active in helping provide jobs, and find ways to help the veterans coming home. Your own group of vets are the best resource you will find to help those coming home and as we say down here…you’ll figure it out once you see how we do it.