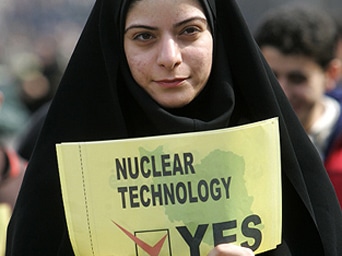 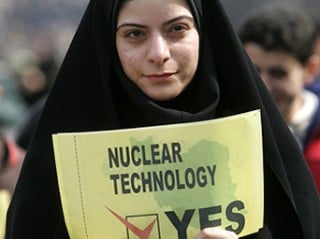 Imagine this scenario: A developing nation decides to selectively share its precious natural resource, selling only to “friendly” countries and not “hostile” ones. Now imagine this is oil we’re talking about and the nation in question is the Islamic Republic of Iran…

The reports were premature. According to a highly-placed source in the country, Iran will only stop its oil supply to these nations if they fail to adopt new trading conditions: 1) signing 3 to 5-year contracts to import Iranian oil, with all agreements concluded prior to March 21, and 2) payment for the oil will no longer be accepted within 60-day cycles, as in the past, and must instead be honored immediately.

Negotiations are currently underway with all six nations. Iran, says the source, expects to cut oil supplies to at least two nations based on their current positions. These are likely to be Holland and France.

Meanwhile, the other four EU member-states are in dire financial straits. They are knee-deep in the kind of fiscal crisis that has no hope of resolution unless they exit the union and go back to banana republic basics. Yet, they found the time to sanction Iran over some convoluted American-Israeli theory that the Islamic Republic may one day decide to build a nuclear weapon. I am sure arm-twisting was involved – the kind that involves dollars for votes.

But I digress. This blog is really about ideas. And not just ideas, but really ridiculous ideas.

Alternative sources of oil will be found in a jiffy for these beleaguered EU economies. But this isn’t so much about a few barrels of the stuff that fuels the world’s engines.

This is about the idea that a singular action taken amidst the political and economic re-set about to take place globally, can propel us in a whole new direction overnight.

The past few years have shown that there is no global financial leadership capable of pulling us back from the abyss. The US national debt hovers around the $15.3 Trillion mark. Its GDP in 2011 was just under $15 Trillion. You do the math – there is no fixing that one. The only next-big-thing coming out of that dead end will be the complete transformation of the current global economic order.

But how will that take place without leadership and clear direction? I’m betting hard that It will not come from the top, nor will it be directed. The new global economic order will be organic, regional and quite sudden.

What do I mean? Imagine: Iran stops selling oil to the EU; China tells the US to take a hike on currency values; India starts trading in large quantities of rupees; Russia’s central bank becomes a depot for holding dollars that don’t need to pass through New York; the creation of a global payment messaging system competing with SWIFT. Now imagine that a combination of actions – triggered only by an attempt to circumvent some really very silly sanctions – can suddenly unleash some unexpected possibilities that were beyond the realm of imagination a mere few years ago. 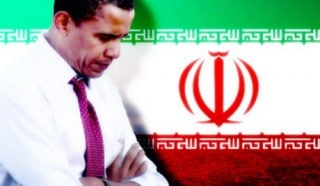 Imagine the emergence, say, of regional economic hubs, powered by the currencies of the local hegemonic powers, where bartering natural resources, goods and services becomes as commonplace as transactions involving currency transfers. Because of the frailty inherent in dealing with these new local currencies and a bartering system, nations tend to trade most with those closest to them in geography and culture. Shocking? Maybe not. Sometimes it just takes a need for change…and a handy tipping point.

“This is not the time to fan the flames,” someone should have told the United States. “You and your pals are sitting in a jalopy tottering on the cliff’s edge – why risk making moves now?” they should have warned. “Be a little less arrogant,” would have been sage advice.

But Washington is absolutely, irrevocably, dangerously fixated on showing Iran who’s boss, and spends a good part of every day trying to tighten the screws around the Islamic Republic.

For the most part, the US’s pursuit of this dubious objective has instead stripped it of the vital political tools it once wielded.

The only thing left is the nefarious tentacles of the United States Department of Treasury and its financial weapons.

“The new tools of imperialism,” as once US-friendly central banker in the Mideast bluntly put it to me.

I only hear shrill desperation when politicos now parrot the “sanctions are biting” line. Here’s a juicy tidbit for those rolling their eyes right now: Goldman Sachs – America’s premier investment bank and Wall-Street God – has identified the Islamic Republic as one of the “Next 11” growth drivers of the global economy after the BRIC (Brazil, Russia, India, China) nations. BRIC was a term coined by Goldman Sachs, if you recall, and boy, were they right about that one.

Thirty years of “biting” sanctions and sanctions “with teeth” have achieved the following: “Strong or improving growth conditions,” said Goldman Sachs just last year, “combined with favorable demographics, form the foundation of the N-11 growth story.” The investment bank, furthermore, estimates “a measurable increase in the N-11’s share of global GDP, from roughly 12% in the current decade to 17% in 2040-2049.”

It’s a bad global economy we are facing right now, but Goldman Sachs’ charts illustrate that Iran is still one of five nations in the N-11 pot whose “productivity and sustainability of growth” is above average.

A British investment research firm wrote in January: “Sanctions on the Central Bank of Iran effectively restricts Iranian oil sales to barter contracts or to state-to-state agreements utilizing non-G8 currencies…It represents a major irritation to the Iranians, rather than a chokehold.”

The authors specify the Chinese Yuan as the non-G8 currency, but in the past few days that scenario has busted open with the addition of the Indian Rupee into the mix.

The new trade deal inked between Iran and India ensures Rupee payment for 45% of Iranian oil imports, with the balance remaining in Indian banks to pay for exports to the Islamic Republic. This achieves two important things that are an unintended consequence of US sanctions: firstly, it eliminates the Dollar as the trading currency (note that oil prices have traditionally been priced in US Dollars); secondly, it significantly accelerates economic integration between Iran and one of the four largest emerging economies in the world.

D.S. Rawat, head of the Associated Chambers of Commerce and Industry in India, says of the agreement: “The potential of trade and economic relations between the two countries can touch the level of $30 billion by 2015 from the current level of $13.7 billion dollars in 2010-11.”

There’s more. During the course of the past two weeks, Iran has purchased around 1.1 million tons of cereals and wheat from international markets – including products originating in Germany, Canada, Brazil and Australia – which it has paid for entirely in currencies other than the Dollar.

The US Dollar, which has been the international reserve currency for close to a century, is on its way out anyway. America’s huge balance of payments deficit has weakened US fundamentals and made investors wary. The downside of the Dollar’s changing status is that the Federal Reserve loses a lot of flexibility in managing its currency and the US economy. That does not bode well for keeping the US competitive against the BRIC nations and other emerging economies.

Iran Sanctions Biting the US Right Back?

It takes one solid idea, in a world desperately seeking them, to start the creaky shift to a new global order. Emerging economies have been nipping at the heels of the world’s governing bodies for decades, demanding entry into the hallowed halls of the UN Security Council’s permanent members; insisting on a seat at the main table at the IMF, World Bank, World Trade Organization.

When European leaders went begging for scraps at the last G-20 meeting, the BRICs found their feet and yawned a collective “no.” It signaled a reversal of fortunes, that meeting, and the idea that they can forge their own path was born. The BRICs then announced their first joint foreign policy statement last November – on Syria, of all places. The idea matured.

But US/EU sanctions against Iran are giving the idea steam. One has to act when faced with a dilemma, after all – and that dilemma has been literally foisted in the faces of nonaligned countries the world around: “sanction Iran or else.”

Now they are just shrugging and finding ways around the maze of traps set up by the Department of Treasury. Why should they care much? What is the United States today but an unwieldy bully with few arrows left in its quiver?

This week the US is putting the screws on Belgian-based SWIFT. If you’ve ever wired money to another country, you have used SWIFT – it is essentially the messaging system between banks that alerts them to money transfers. The US wants to cut Iranian banks out of the SWIFT system, in effect making it practically impossible for anyone inside or outside Iran to send or receive funds.

Who knows what Iran will do if this comes to pass? It will probably just join non-aligned countries to create an alternative SWIFT, further undermining the western grip on global finance. Iran, after all, decided last year not to put up with the prospect of perpetual cyberwar with the west, and is forging ahead with plans to create a closed internet system for itself.

Each step the US and EU take to hinder Iran’s flexibility is countered with an innovative solution – one that includes more and more non-western players who are keen to craft a new global order. They used to worry about that kind of confrontation with the west, but the collapse of the current order has left few obstacles in their paths – and even offers incentives.

Like the proverbial finger in the dyke to block a leak…the water will always find another way out and possibly even bust open the dam. A warning to Washington: the burden of anxiety will always fall on the one who needs the dam most.

Read more from this author: