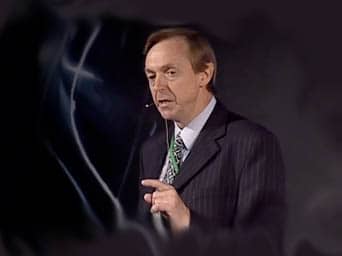 All I did was have a video of Brian Gerrish speaking placed at the end of a recent, somewhat silly column and you alert readers filled the response section with eye-opening, important information. Media Whore Awards Show; The Nominees Are

Frankly this issue of government out to destroy families through rigged Masonic courts is part and parcel of the culture war that has been waged for centuries, and the oft smeared Mr. Gerrish is an outstanding spokesman for righteous indignation.

The videos attached this time are part of a series of interviews Gerrish did in February of 2010 with Theo Chalmers, ‘on the edge’ program.

It is good to have British accents that are easy for the Yankee ear to grasp.

Back in 1988, when I began broadcasting Radio Free America, I had a remarkable audience, world wide of people who made up for the small numbers with intelligence and the kind of thirst for truth that led them to strain to hear over shortwave and off large satellite dishes on the farms.

In the first few months, after the small loyal audience grew to realize I would not dodge issues and that I allowed callers to speak without butting in or knocking them down, I got a call from a family living in Ohio, who told how the Ohio State “family services agencies and courts, literally destroyed their family.” It was vintage Gestapo stuff and I did not doubt the veracity of the parents nor the truth of their claims, as both parents were on the phone.

It was vintage Brian Gerrish material in October of 1988. I recall getting other calls on the same subject from others who also said they lived in Ohio.

At the time I had an associate who had been in an Ohio State prison thanks to the corruption of a DA (Mike Dewine a prominent republican today) My associate and his friends did some unofficial investigating and confirmed the abuse of the system for me.

Things happened and I never followed up with detailed stories of this particular disgusting judicial corruption—evidently pedophilia based. Would women judges be better?

Now the documented details coming forth in the UK are bringing me back to those early radio days,when I was still pretty much naive and incredulous. Now I am fully apprised of the Luciferian pincers.

That are twisting our culture beyond recognition, and I am most happy to help Mr. Gerrish expose it here in America as well.

I have noted that the Internet is dotted with innuendo trying to smear Gerrish, but my gut tells me he is a righteous gentleman, who is making progress in exposing the evil of Child protective Services In Modern fascist governments. It is high time for some activity on our side of the Atlantic.

Intelligent responses are encouraged, tell me some true stories.