Home Veterans One State in Historic Palestine, An Introduction. 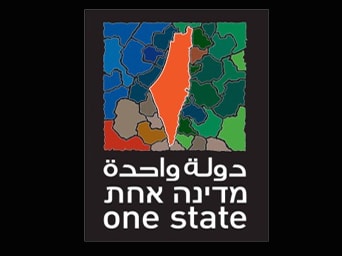 Note to readers: The Arab – Israeli conflict has defied so many generations of Israelis and Palestinians, so many Noble Prize winners, so many US presidents, so many wars, and so many proposed solutions. There is only one solution: the One State solution. For months I have had the honor of working with a group of Israelis and Palestinians negotiating and drafting both the introduction and the Preamble for One State in Palestine. I hope all of you will support and promote the One State as the only proposal on the table that can truly resolve the Arab-Israeli Conflict.

“One single, secular, democratic state in Palestine: A Republic of all its citizens!”

For 63 years, since the fateful UN Resolution 181, Palestinians have lived in terror and fear. During the 1948 Nakba, which followed the UN partition resolution, Israel conquered 78% of Palestine and expelled most of its population, almost 800,000 people, from their homes, villages and towns. It also forced the remaining Palestinians to remain under its control as second-class citizens of Israel, and discriminated against Mizrahi (Arab and Sephardic) Jews in what it defined as a ‘Jewish state’ – not a state of its citizens; despite the fact that today, at least 20% of Israeli citizens are not Jewish. Palestinian refugees were never allowed to return home, despite UN Resolution 194 of December 1948, and countless UN resolutions since, affirming their right of return. Today over six million Palestinians and their descendants are refugees, now into a third generation of refugees.

In 1967, the remainder of historic Palestine was occupied by Israel. Every Palestinian in the Occupied Territories of the West Bank, East Jerusalem and the Gaza Strip has lost his and her human and political rights under a brutal settler-colonial military occupation. 1967 was followed by a fast colonization project, in violation of international law and the 4th Geneva Convention, of settling Israeli Jews in the newly conquered territories, which was (and continues) to lead to further expulsion and dispossession of Palestinians.

Israel has since disregarded all UN resolutions demanding its withdrawal from the Occupied Territories and has continued to build illegal settlements, roads and army camps. It has since continued to brutally supress and dispossess the Palestinian population under its military rule. Internationally, Israel has set up powerful lobbies, which have sought to silence the voice of reason among Jews across the world. Domestically, it has constructed a highly militarized society, armed to the teeth with weapons of mass destruction, which render the situation in Palestine-Israel extremely volatile and highly dangerous not only to Palestinians but also to Israeli Jews.

The Oslo Accords of 1993, which were the result of secret negotiations between Israel and the PLO, laid the groundwork for an agreement which in theory would have returned 22% of historic Palestine back to Palestinian rule, along the lines of the 1949 ceasefire boundaries. This agreement was systematically violated by Israel, which has continued to this day to confiscate more Palestinian land, build more Israeli settlements and kill more Palestinians. It was clear from the outset that Israel had no intention of withdrawing either the settlements or its army from the West Bank and East Jerusalem – the number of its settlers living illegally in the West Bank and East Jerusalem has in fact tripled since the signing of the Oslo Accords, rendering the two-state solution completely unrealistic. The current policies of the Quartet are aimed at funding, not ending, the occupation.

In fact, the two-state solution was never realistic nor was it fair. However, even an unjust ‘solution’ like that of the two-state has been systematically undermined by Israel through uninterrupted land grabs and growing numbers of illegal settlers in the Occupied Territories – the envisioned ‘state’ for Palestinians. Israel made sure the two-state solution based on the 1967 boundaries would never become a reality. Most Palestinians and many Israelis have recognized this fact for decades. They have instead desired an alternative solution, a solution based on justice and non-separation, a solution which will bring an end to the trauma and suffering of the Palestinian refugees, a solution which will end the settler-colonial, military and rule of Zionism over historic Palestine, a solution which will treat all citizens, residents and refugees of historic Palestine fairly and as equals. Such a solution is the single secular (in the sense of separating religion from the state), non-sectarian, democratic state in the whole of historic Palestine: A STATE OF ALL ITS CITIZENS.

A group of Palestinians and Israelis has been working on the basics of the one-state vision and foundational principles of a Republic in historic Palestine. They have mapped out the road to peace, reconciliation, equality and coexistence in a democratic state, a state which would bring an end to illegal occupation and the unequal racist and separatist practices of apartheid Zionism. The document presented here outlines the foundations for a future constitution of the Republic of Palestine.