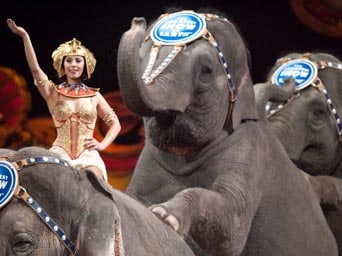 The Man and his Saxophone take on Whoish Lobby Identity Politics

Our own staff writer Gilad Atzmon is on tour here in the States through March 16th. Check the tour link to see if you can catch an event.

And yes, he does mix sax and business as his trip is a book promotion tour for The Wandering Who?

The Hebrew Klan does not like Rebel Jews who refuse to wear the robes and hats and participate in their midnight rides to put the fear in folks via their own brand of lynching.

They tried to intimidate his publisher, then the book’s distributor, and then of course get his music gigs cancelled. But all this was to no avail.

Like the Klu Klux Klan who held sway in parts of the States for a while, the public is catching onto and rejecting the Whoish Lobby brutal tactics.

And by public I include all the righteous Jews who are repulsed by them.

Those of us who have been in the social justice battles for many years know that there are many in the Jewish community who talk the talk but won’t do the walk. They love victimhood when the spotlight is on them but then want a free pass when they are dishing it out. There is a disconnect taking place somewhere between.

We also know that the Radical Zionist brigades and their Christian Zionist wing can only be defeated by righteous Jews and Gentiles standing up to them together, shoulder to shoulder.

It will take a similar effort to pry their fingers from the throats our our political class who has humiliated their country to the abject subservience to this ‘special interest group’.

As I write, the bought and paid for faithful are preparing to make their way toward Washington, DC for their annual public knee pad demonstrations.

Like the grand entrance of the old Ringling Brothers Circus, they like to parade their elephants and donkeys out before the public to show how well they have trained them. And they pay well, too, I hear…very well.

An attack on Iran is the top issue on the table. All the Repubs other than Ron Paul have pre-sold out their oaths, countrymen and the American military by pledging to use them as cannon fodder. Fortunately we hear that the military will not go along with this insanity, but we worry anyway.

They would also make a huge bundle on their oil futures contracts when prices whiz by $200 a barrel and send the world economy into a dive. Russia and the Saudis would also be thrilled. But hey, what else is the American military for but to make friends, right?

Then they can use their huge trading profits to buy stuff up at five cents on a dollar, no dummies they.

Actually, if we were going to do an attack, removing Israel as a threat would be at the top of my list. And I would add to that ending the free pass the Israeli espionage activities get here.

Even ex-Marine officer Robert ‘Bud’ McFarlane from the Reagan era and Iran Contra has signed onto the Free Pollard brigade, joining past CIA director James Woolsey.

If you submitted such a scenario as a movie script twenty years ago they would have laughed you out of Hollywood.

What we desperately need is people who and stand up the the Whoish Bullies, who won’t allow themselves to be guilt-tripped, bought, sold or rented by the occasion. I found a tightly edited interview here where Gilad deals with German guilt and some of the silliness of multiculturalism after a steroids shot.

The flip side of this freedom from guilt  a la Gilad is brother Dershowitz, the Lobby’s walking, talking billboard for anti-semitism creation in the country. To borrow a phrase, “Nobody does it better.”

John Stossel really lowered himself to do this. I would hope the network forced him to. But if you want to see hate oozing out of someone’s pores the Dersh will demonstrate. This is classic Whoish Lobby ritual defamation here folks.

He starts by trashing Gilad’s musical reputation as a world class saxophonist and composer. Then he moves on to three new targets, all those that wrote blurbs for his book.

Don’t worry, I am not sending a bill for this very valuable advice. But as you watch this, I ask you…is this not not a big mean Youish Bully or what? Come on! You need to shun this guy. Oops…I said it. See, this lynching stuff is catchy.

Dersh uses all the standard slime ball tactics here…’quoting’ stuff from the book that is not in there, a widely used technique by you know who. If I were Mr. Dershowitz I would be careful about advocating shunning for disinformationists and propagandists on campus. He might find himself up for peer review under the Dershowitz rule.

Hey Dersh, if you want to trash a fellow Jew, I have ‘Monkey Business’ granny here in Israel and she is just dying to talk to you, in person.  But I would suit up in some Kevlar first as she strikes me as someone who is more than a little good with those big kitchen knives.

This is a clip from the Israeli filmmaker Yoav Shamir on anti-semitism called Defamation.  He is interviewing his granny about what he is doing. Keep in mind that there are two generational gaps in play her with the grandson, but only one with Dershman.

Now for all of you wanting to send in complaints on this clip, please contact the Israeli embassy to get her address as I don’t think she is on email. Those of you feeling suicidal who still want your relatives to collect your life insurance, you could always fly over there and give her some lip and your policy would then have to pay off on a murder.

Now for some Gilad Jazz. Here is a great clip I found and you can judge brother Dershowitz’s jazz acumen. Gilad is playing some of his 2003 Jazz album of the year.

You will find all of Gilad’s Grassroots Tour info and dates here.  I am master of ceremonies in Atlanta on Saturday, March 10th when I will meet the man and his instrument for the first time. We are planning a good interview and video shoot at my studio which we will have up on VT as it gets edited out. And then off to DC he goes Sunday morning.

Atlanta has a lot in common with the Palestinians. We got invaded by foreigners with a desire to colonize. And like the Radical Orthodox Jews who want to ethnically cleanse Palestine of all Arabs, there were Yankees who called for the extinction of the ‘Southern Race’. They called for the killing of every man, woman, and child…and then having the land repopulated with ‘loyal stock’. Nice neighbors…kind of like West Bank settlers.