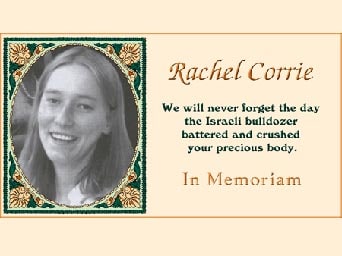 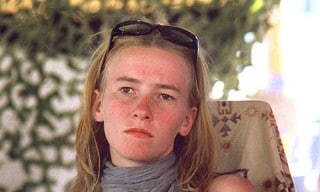 In the name of all that John Wesley and John Calvin held to be holy and sacred, why is the choice between AIPAC and Rachel Corrie so difficult to make?

Two events arrive next month on the American political calendar: The annual AIPAC Policy Conference, and the anniversary of Rachel Corrie’s death.

These two events are related the way yin relates to yang, a concept from Asian philosophy which “is used to describe how polar opposites or seemingly contrary forces are interconnected and interdependent in the natural world, and how they give rise to each other in turn”. (Wikipedia)

I have referenced this connection before, and it continues to resonate, for me, in the complex interconnection of contrasting approaches to political action.

Rachel Corrie was killed March 16, 2003,  by an Israeli soldier who drove an American-built Caterpillar bulldozer over her. When she died, Rachel, a 23-year old American from Olympia, Washington, was wearing a clearly visible orange vest. She was shouting at the driver through a bull horn, asking him  to stop.

She was crushed to death by the bulldozer.

The Israeli government, which rarely acknowledges the deaths of Palestinian civilians killed during its military operations, went into damage-control mode. Prime Minister Ariel Sharon promised President Bush a “thorough, credible, and transparent investigation.” Later Israel declared the killing a “regrettable accident” and blamed it on overzealous Corrie and the other activists working as human shields.

Subsequent calls for Congress to investigate Rachel Corrie’s death were ignored. A civil lawsuit brought by her family against the Israeli military, has been in Israeli courts since March 15, 2005. A final verdict on the suit is expected this spring.

The annual gathering of AIPAC receives considerable media attention, while the anniversary of the death of  a young American working for peace through a non-violent protest, registers hardly a blip.

The difference is easily explained. AIPAC is the power center lobby engine that drives American foreign policy. It reaches, rewards, and where needed, threatens, members of the US power elite.

This year AIPAC has Iran on its mind, prompted, of course, by Israel’s obsession over Iran. Enabling that obsession, Senate leaders sprang into action. Atlantic blogger Robert Wright writes:

Late last week, amid little fanfare, Senators Joseph Lieberman, Lindsey Graham, and Robert Casey introduced a resolution that would move America further down the path toward war with Iran. The good news is that the resolution hasn’t been universally embraced in the Senate.

As Ron Kampeas of the Jewish Telegraphic Agency reports, the resolution has “provoked jitters among Democrats anxious over the specter of war.”

The bad news is that, as Kampeas also reports, “AIPAC is expected to make the resolution an ‘ask’ in three weeks when up to 10,000 activists culminate its annual conference with a day of Capitol Hill lobbying.”

The partial list of the American power elite invited by AIPAC to speak during its March 4-6 conference, includes President Barack Obama.

Cheney is the daughter of former Vice-President Dick Cheney. Harman, since the death of her husband, is an owner of Newsweek magazine. She is a longtime AIPAC loyalist.

From a political power standpoint, that is a lot of fire power. Which brings us to the question, which matters most, AIPAC’s political power or Rachel Corrie’s witness for peace? 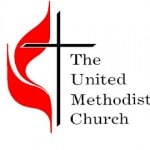 Two Protestant denominations will soon face that question in a most pragmatic and public fashion. The United Methodist Church and the Presbyterian Church, USA, will hold national decision-making meetings, starting in April and June.

At those meetings, delegates representing United Methodists and Presbyterians will be asked to instruct their leadership to divest or not divest their denominational funds from corporations that are currently supporting Israel’s occupation of the Palestinian population.

It is times like this, for these two church bodies, when the rubber really hits the road. To be specific,  decision time for AIPAC or for Rachel Corrie, will come for United Methodist General Conference delegates, between April 24 and May 4, in Tampa, Florida, and for the Presbyterian Church, USA, General Assembly delegates, in Pittsburg, PA, from June 30 to July 7.

The 2012 United Methodist conference was originally scheduled for Richmond, Virginia, until it was discovered that Richmond violated a United Methodist church policy “regarding meeting in cities that are home to professional sports teams with Native American names”.

According to the United Methodist press office:

At the time of the initial selection, commission members were unaware that Richmond is home to the Richmond Braves, a minor league baseball team affiliated with the Atlanta Braves.

These United Methodists have their standards, which they adhere to closely, John Wesley would expect no less.  This could portend something about how they will vote between April 25 and May 4, depending, perhaps, on whether they go with their yin or their yang.

The Presbyterian Church USA, General Assembly in Pittsburg, PA, will consider resolutions on divestment from corporations involved in Israel’s occupation.

Like the United Methodists, the Presbyterians will target three specific corporations, Caterpillar, Motorola Solutions and Hewlett-Packard.

The Presbyterians will be asked to vote for or against a resolution instructing the denomination to stop investing in the three companies ”until they have ceased profiting from non-peaceful activities in Israel-Palestine.”

In their two national assemblies, United Methodists and Presbyterians will choose between the way of AIPAC , and the way of Rachel Corrie.

When the Presbyterians meet in their General Assembly, they will have as a biblical theme for their deliberations, Isaiah 40:31 (NIV):

“But those who hope in the Lord will renew their strength. They will soar on wings like eagles; they will run and not grow weary, they will walk and not be faint.”

In the name of all that John Wesley and John Calvin held to be holy and sacred, why is the choice between AIPAC and Rachel Corrie so difficult to make?

The picture above, of Rachel Corrie, is taken from a poster produced and distributed by If Americans Knew, a program and web site, developed and directed by Allison Weir. Copies of the posters and other material related to Rachel Corrie, may be ordered from this site.

About the author:  James M. Wall is currently a Contributing Editor of The Christian Century magazine, based in Chicago, Illinois. From 1972 through 1999, he was editor and publisher of the Christian Century magazine. He has made more than 20 trips to that region as a journalist, during which he covered such events as Anwar Sadat’s 1977 trip to Jerusalem, and the 2006 Palestinian legislative election. He has interviewed, and written about, journalists, religious leaders, political leaders and private citizens in the region. Jim served for two years on active duty in the US Air Force, and three additional years in the USAF (inactive) reserve. His website: Wall Writings