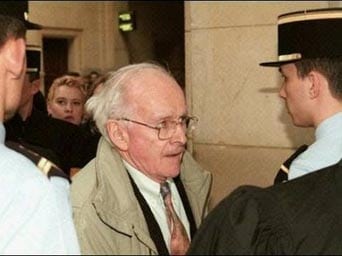 Even though this article was written almost four years ago, it is still timely today. I am posting it for two reasons:

First, as explanation why we keep paying so much at the pump, and secondly – and much more importantly – because there is a rather cavalier attitude afoot even among our most savvy and well-informed dissident comrades, that one still has the luxury of tiptoeing around the “Holocaust” so as not to trigger a volley of verbal spitballs from well-known thought-policing quarters.

Why grant the enemies of Freedom of Speech such an assist?

A perfect example is what has happened to the jazz musician Gilad Atzman. He is an Israeli. He is famous. He is ethical. I would call him liberal in the classical sense. He has many friends in places where it counts. Yet nothing protects him once he decided to fearlessly tackle El Gran Taboo!

Why is that? Only because people fear verbal spitballs?

The energy crisis is causing worry. However, Iran, which possesses huge reserves of oil and gas, wishes to exploit them better, with our help, and sell us the products, a procedure that would lead to a marked softening of worldwide petrol, diesel, fuel oil and gas prices. A good many nations have an eye on this great potential wealth and would be apt to respond favourably to Tehran’s business proposals.

But the United States has decreed the boycott of Iran and, up to now, the world’s policeman has generally been obeyed. President Mahmoud Ahmadinejad can make all the proposals he likes: he still finds himself considered a criminal. His request for a collaboration that would let him fully re-equip the country’s drilling, production and processing operations is refused. He goes so far as to suggest that countries using the single European currency pay in euros and no longer in dollars, but to no avail. People turn their back to him. Some threaten him. Even the Pope refuses to receive him.

In many countries, his embassies and diplomatic staff are deprived of contact with the local authorities and foreign delegations; they have ended up with pariah status. One may well ask oneself where such radical behaviour towards the Iranians ever originated and why the international community acts so obviously against its own economic interests.

Three grounds are usually brought up to explain this policy of boycott and open hostility: 1) the Iranian president is perhaps trying to arm his country with nuclear weapons; 2) it seems he wants to exterminate the Jews in Israel; 3) he holds the extermination of the European Jews during the Second World War to be a myth. The first two grounds do not make much sense; only the third is serious and, for that reason, instructive.

In reply to the first ground, it’s fitting to observe that if Ahmadinejad’s accusers possessed the slightest evidence that Iran was trying to acquire nuclear weapons, such evidence would long since have been brandished before the world; however, up to now, they have supplied no real evidence and, in any case, if Iran had a nuclear bomb at her disposal, she could not launch it towards a geographic zone populated by as many Palestinians as Jews; her bomb would kill or maim both populations without distinction.

The second ground rests on the absurd manipulation of a text. Ahmadinejad has had and continues to have ascribed to him an incendiary statement according to which the Jewish State is to be “wiped off the map”, words taken to mean the extermination of the Jews in Israel.

Actually, he’d merely repeated in 2005 Ayatollah Khomeyni’s 1979 declaration that “the regime [in Persian, “rezhime”] occupying Al Qods [Jerusalem]” would one day “vanish from the page of time”. Ahmadinejad took care to spell out his phrase by specifying that, if all the inhabitants of the land of Palestine – Moslems, Jews and Christians – had the right one day to vote freely and opt for a regime of their choice, the Zionist regime would disappear from Palestine just as, for example, the Communist regime disappeared from Russia. The Western media, as a whole, have reported neither the exact wording nor the explanation.

The third ground is the true one: if the Iranian president causes so much fear, it’s owing to his revisionism. He has wielded the sole weapon that can deeply worry the Jewish State and its ally, the United States. He possesses what I’ve called the poor man’s atomic weapon. In the findings of historical revisionism he effectively holds a “device of mass destruction” that would kill no-one but could neutralise Israel’s number one political weapon: the Great Lie of the alleged Nazi gas chambers and the alleged genocide of Europe’s Jews.

Raised in the religion of “the Holocaust”, the peoples of North America and Europe generally believe in this Great Lie and see Ahmadinejad as a heretic; thus they dare not defend any policy of rapprochement with Iran, or call for a lifting of the boycott, although therein lies the only chance of seeing their energy costs decrease. Doubtless some of these peoples’ leaders desire an understanding with Iran, but they back away at the prospect of being criticised as accomplices of the new Satan, of the “denier”, the “negationist” who “kills the Jews once again by denying their death”.

The news of the international “Holocaust” conference in Tehran (December 11th – 12th 2006) rang out like a warning shot. By no means reserved to revisionists, that conference was open to all. Confrontation of opposing views was allowed, and it took place. The rout of the antirevisionists was dramatic. And President Ahmadinejad, already fully apprised of revisionist argumentation, was thus able to restate that “the Holocaust” was a myth.

Bush, Blair, Chirac, who know nothing of revisionism, responded by making a terrible fuss. As for the Israelis, they are aware of the Jewish authors’ utter inability to answer revisionist arguments on the scientific level; they now uphold their Great Lie only with Elie Wiesel-style fake testimony or cinematic guff in the manner of Claude Lanzmann, when they don’t resort to novels, drama or even sham museum exhibitions like those at Yad Vashem in Jerusalem or the Holocaust Memorial Museum in Washington. They have therefore seized the occasion to draw up a bill in the Knesset that would let the State of Israel demand that any revisionist, wherever in the world he might be, be delivered to its own courts! When there’s no proof to show, the cudgel is used.

The Zionists and their friends are getting more and more alarmed at the diffusion of revisionism over the Internet. They make many attempts, cynical or veiled, to strengthen Internet censorship but, up to today at any rate, they have not yet achieved their aims. Throughout the Western world repression of revisionism is worsening, but it’s all a waste of effort so far. The holocaustic propaganda and Shoah Business grow ever more deafening, but henceforth they tend to annoy or tire people.

Revisionism has long been an intellectual adventure, experienced by a certain number of academics, researchers and various other persons ready to sacrifice their lives or their tranquillity for the defence of historical truth, and of justice. Today, revisionism is becoming, on the international plane, a noticeable bone of contention; it is asserted by some and violently denounced by others, and is present even in certain political or economic altercations. It is destined to play no small role in the endless crisis in the Middle East as well as in the current energy crisis. For the powerful, it will constitute a threat and, for others, a way out. In any case, the times when revisionism could be treated with contempt or quite simply ignored are decidedly past.
June 5, 2008

Born to Russian-German Mennonites in the Ukraine, she experienced World War II as a small child. Multilingual and gifted linguistically, she brings a unique perspective to the Patriot struggle, having lived under four dictators in her young years – Stalin, Hitler, Peron of Argentina, and Stroessner of Paraguay.

Ingrid is proudly married to one of the world’s most politically incorrect human rights activist, Ernst Zundel, kidnapped by America’s Zionist-beholden government goons on American soil in 2003 for having spoken Truth to Power about the so-called “Holocaust”. She has earned a doctorate in Education from the University of the Pacific and been a U.S. citizen since 1973.