Home Government The Nation: Obama Moving U.S. Closer to a War With Iran 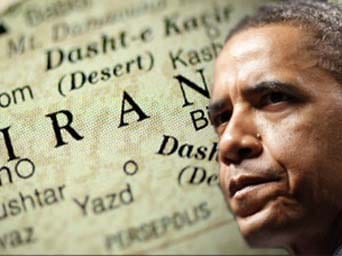 Although President Obama says “now is not the time for bluster” about Iran, his administration “has adopted a strategic approach that is moving the United States closer to war,” “The Nation” magazine warns in a March 26th editorial.

While Iran has the right to enrich uranium under international law, Mr. Obama has made it U.S. policy to stop Iran from doing so despite the fact all 16 U.S. intelligence agencies say Iran has abandoned its earlier nuclear weapons program.

“Another questionable proposition” (embraced by the Obama administration”) is that “an Iranian nuclear weapon is a threat to Israel, and therefore Israel and the U.S. have the right to launch a preventive military strike,” the magazine says in its lead editorial.

“This approach embraces the Bush administration’s illegal doctrine of preventive war—the claim that a country can start hostilities to pre-empt imminent attack but merely to forestall a potential threat.”

“Such talk may only encourage Tehran to pursue nuclear weapons as a deterrent, because it is the same rhetoric that led to the invasion of Iraq,” the magazine continued.

The Editors added that an Israeli military strike against Iran “would almost certainly draw the United States into a new conflict in the Middle East and send oil prices soaring.”

The liberal weekly called for “a new approach” by the U.S. that involves “sustained diplomatic engagement” with Iran. The editorial concluded:

“The White House should pursue the recently announced renewed talks without onerous conditions or ultimatums…” and call a halt “in the drift toward war.”

In a related development, Editor Michael Lerner of “Tikkun” magazine and a San Francisco rabbi, placed a full-page advertisement in the “New York Times” March 7th stating that the media “has distorted what has been going on between Obama and (Israel Prime Minister Benjamin) Netanyahu, by representing Obama as “a hero for peace.”

“Actually what happened (at their Washington meeting) is that Obama legitimated a first strike and preemptive attack on Iran, arguing with Netanyahu about the timing of such an attack, seeking to allow coercive economic sanctions to work first, but stating explicitly that Israel should not be constrained in any way to follow what it decides to be in its best national interest in regard to a strike on Iran.”

The Lerner add warned, “Obama has now fully embraced the militarist position of George W. Bush who argued that it was legitimate for the U.S. to take a preemptive attack on Iraq based on the suspicion that they had nuclear weapons, just as Obama two months ago gave the green light to legislation that allows the US to imprison for life without a trial U.S. citizens the government suspects to be cooperating in some way with terrorists, and just as he has taken the lead in developing drone technology aimed at civilians (which Pentagon militarists say may soon be used inside the U.S.).”

Lerner’s ad asserted, “The media ignores this significant tilt toward militarism in the policies and rhetoric of Obama, and its potential for building even more support for the right wing policies that were once considered extremist in US politics.”

Sherwood Ross is a Miami-based public relations consultant whose firm works to promote “good causes.” He formerly worked for major U.S. dailies and wire services. Reach him at [email protected].