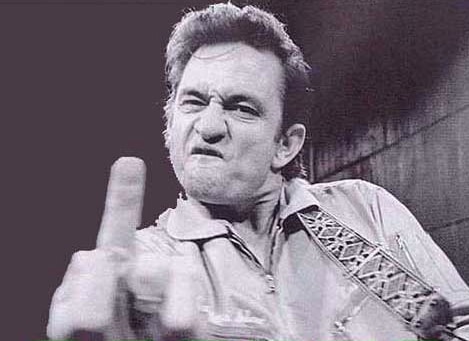 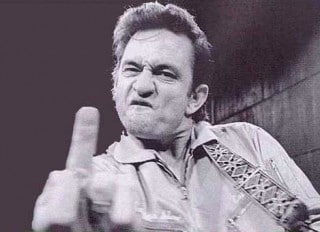 James Bamford, author of A Pretext for War and upcoming guest on my radio show, just revealed in Wired Magazine that the National Security Agency is building a gigantic Message Intercept Center in the Utah desert.

The NSA will be able to read all your emails and listen to your phone conversations. Breakthroughs in decryption will make codes like Pretty Good Privacy worse than useless, since the NSA will pay special attention to encrypted stuff, assuming that you must have something to hide. The NSA’s untold acres worth of supercomputers will ferret out your psychological state and decide whether or not you are a threat to the powers that be.

As a patriotic, Constitution-loving American, I find this intolerable.

My first thought was to get hold of the best encryption system I can find, and send an encoded email to all of my freedom-loving friends urging them to BUILD NUCLEAR WEAPONS IN THEIR BASEMENTS and BLOW EVERY NSA FACILITY, ESPECIALLY THE FORTHCOMING ONE IN UTAH, TO KINGDOM COME.

In the same coded email, I would urge my friends to DEVELOP A PERSONAL BIOWARFARE CAPABILITY and engineer a special ANTHRAX germ tailored to KILL FEDERAL GOVERNMENT OFFICIALS WHO VIOLATE THE CONSTITUTION. (If it kills every so-called “American” who is not fighting all-out against government officials who violate the Constitution, and thereby reduces the population of the USA by 99%, so much the better.)

I would urge those friends who do not possess the scientific wherewithal to MANUFACTURE PERSONAL WMD to instead ASSASSINATE ALL FEDERAL OFFICIALS WHO VIOLATE THE CONSTITUTION using whatever means are at hand: SNIPER RIFLES, HAND GRENADES, SAWED-OFF SHOTGUNS, or even the dreaded AUSTRALIAN TOAD-SLIME VENOM.

I would try to convince my friends that any CONSTITUTION-BURNING TRAITOR who tries to spy on an American without a court order should be tarred and feathered, drawn and quartered, disemboweled, defenestrated, and run out of town on a rail.

I would urge my friends to join forces with AL-QAEDA, HAMAS, ISLAMIC JIHAD, HEZBULLAH, THE IRISH REPUBLICAN ARMY, THE BASQUE LIBERATION FRONT, THE ANIMAL LIBERATION FRONT, SMERSH, THE WEATHER UNDERGROUND, DAUGHTERS OF THE AMERICAN REVOLUTION, THE SALVATION ARMY, and any other groups that might provide weapons, advisors, cookies and tea, or any other necessities.

So I wrote that email, and was just about to hit the “send” button…when suddenly I realized: “Wait a minute…Bamford says they can read encrypted stuff now! They’ll intercept it! They’ll read it! They’ll send a Marine marching band to my front door to disappear me! I’ll never be heard from again!”

So I sat there, not sure what to do. I read my email one more time. I asked myself: Am I serious? Or is this just a joke?

I know that I’m outraged by these Constitution-shredding traitors. But am I really a threat to some day take violent and/or illegal action against them?

Honestly, I don’t think so.

But there’s only way to find out for sure: Subject my thoughts to the scrutiny of many acres of supercomputers expressly programmed to sift through emails like mine and decide who’s really a threat and who isn’t. After all, they’re the experts.

So I un-encrypted my email. And I put NSA key word triggers in capital letters.

And hit the “send” button.