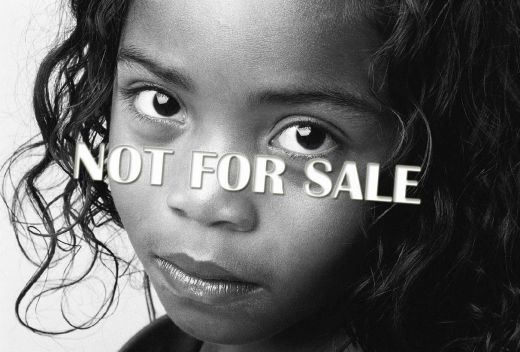 “Without Awareness You Can Do Nothing – We Have to Find the Ones Who Have Opened Their Eyes.”

The first TV show I ever did up at the University of Tennessee years ago was on American white slavery…a very very whitewashed part of American history.

It was papered over with the indentured servant smokescreen. But what the court historians left out was that in dictionaries of the time the words servant and slave…were synonyms.

The show got more audience response than every thing else my host had ever done. That’s where the light went on in my head to go multi-media, adding Community TV to Internet writing, and eventually ten years later, here to VT.

My path to knowledge was easier than many others that followed.  The book They Were White and They Were Slaves by Michael Hoffman, heavily footnoted and a fat bibliography, made going down to the bedrock on this subject a one book read. The link is the Pdf version. Enjoy it.

Yes folks, it’s true. Britain’s ‘excess poor’ were rounded up and shipped over here to be sold on the docks just like black slaves. The ‘dregs’ marched inland to be auctioned off at town ‘fairs’.

Most of this took place in the 1600’s. It included children, street urchins rounded up by local sheriffs for a piece of the action, and sent to the high death rate Americas, like over half dying within five years. Because kids ate less they were preferred labor for tending animals. During shipping they were put in with the pigs, literally. In the archives paperwork and correspondence they are referred to as ‘half freight’ for figuring shipping costs on them and what they would bring.

For prisoners and the term used was ‘transported’.  The fear of being worked to death in America was so well known that condemned prisoners usually chose medical experimentation as the alternative, despite that being as gruesome as you might imagine.

But slavery today in Mauritania has an ethnic legacy going back hundreds of years, black Africans serving lighter skinned Arabs. The practice was only outlawed in 2007, but as this CNN special report reveals, there has only been one conviction.

This 23 minute video report below covers it quite well so I will not repeat the story. But there are a few comments and observations I will share now.

The big surprise, in a way, was the revelation of how difficult it was to get those enslaved to understand they actually were slaves and that freedom was an option for them.

Why? Because they had come to accept their situation as the natural order of things. Whereas that caught me as a crazy thing for someone to think, I had been reading and editing a lot of Gordon Duff”s work, including his recent 4800 word Sunday piece, Our Own Hitchiker’s Guide.

So as I watched this Mauritanian report I spotted the parallel right away to the mental slavery that we constantly observe here at VT, where more and more Americans are accepting the screwing over they are getting as ‘the natural order of things’, just like these sad African slaves.

My mind is always looking for satire angles and quickly came up with a skit where we had escaped Mauritanian slaves doing Skype group sessions with American dodo heads, trying to teach them that they too have an option to escape the situation of exploitation they are in. But they have to find the courage to face up to the challenge.  And as Shakespeare said, “Aye, there’s the rub!”

There was this fabulous quote in the video that fit our own Christian Zionists like a glove:

“They make people believe that going to paradise depends on their submission,” one Mauritanian activist, Boubacar Messaoud, said of how religious leaders handle slavery.

They have sat by while Christians in the Holy Land have been reduced from 20% to 2%, and yet still support the Israelis bringing about the end of the world as a good thing so they can all take a ride on the big space ship.

As for the Crimes Against Humanity part, their perverted pastors simply tell them, “Well, it’s all for a good cause…and we will get all the first class seats!!”

So as you watch this video report, I suggest that you get a double dose out of it as I did. Next time you look in the mirror, search your reflection for any sign of a slave looking back at you. No matter how uncomfortable the idea might be it’s not as bad as remaining in denial that the glove may fit better then O.J.’s did.

Toward the end of the Roman era free Romans offered themselves into slavery to get out from under having to pay the annual tax. Once they were owned, the head tax was due by the master, who, like the so many today, had ways to avoid paying. The housing and feeding of these new slaves was now someone else’s responsibility.

The first slavery TV show I watched as a child was quite shocking. Slave dealers were canvasing poor African villages actually recruiting slaves for Arab masters, where beating contests were conducted to see who most wanted to be a slave. Even as a young kid I was really surprised they would show on TV during the family hour. It made me feel affluent.

Are Americans accepting a Neo-version of this repeat of history? I think so. But whereas in the late Roman days where the changeover was obvious, today’s is done bit by bit, like the lobster in the pot where the temperature is raised one degree at time. It does not fight to get out…at all. That’s one reason why I only take showers now.

In the late nineties I ran across an article with an American Anti-Slavery Society that had been raising funds to buy black Africans out of slavery in Sudan from their mainly Arab masters. To my shock they were still doing slave raiding there.

Unfortunately, once the word got out that white folks were buying them up, inflation kicked in and the price got up to $100. But for a while they had what I thought was the greatest fundraising charity operation going…buying and freeing a slave for $20.

I had a phone interview with the director out of Boston about where he was getting support here in America.

He bitterly described to me the cold shoulder he had gotten from the American ‘Civil Rights’ movement who had been most stingy with their financial or even PR support.

He was perplexed as to why. But I jumped in immediately to explain that there were two obvious reasons.

The first was that their victimhood stock price would immediately go down, as guilt tripping modern white folks for slavery of a few hundred years ago would be a harder sell by comparison.

And second, there was no fundraising angle in it for them, no white guilt trip lever to open the cash register. So contemporary black slavery in Africa was a non-starter for them.

I bet him a dollar that if he went to the NAACP website and searched press releases as far back as they had, he would not find a single mention of contemporary African slavery, including child sex slavery.

I checked myself, going back five years and there was nothing. UN head Kofi Annan at the time, parents in his country were donating preteen daughters to the local native priests so they would not be lonely, and the parents could earn some browny points with the big man in the sky. 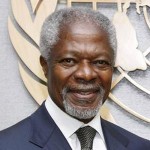 I called the NAACP and asked why not any anti-African slavery campaigns.  Are you sitting down? They said they viewed it as an ‘internal affair’ and a ‘cultural tradition’. I remember it as clear as a bell, since it was so hard to believe.

It was hypocrisy on steroids. I knew then that the NAACP folks were not immoral but amoral, they had none at all. Dear NAACP, don’t bother with the hate mail. It won’t bother me a bit.

When I began my Community TV work in Atlanta I revisited the Civil Rights Movement hypocrisy issues on many occasions, and often invited any of the Atlanta CR legends to come on my shows to wipe the floor with me for being a meanie as the cameras rolled.

None of them ever did. And I learned how much truth was feared by liars and hypocrites, and it has served me well.

Here is a rare three part series, Ernst Zundle interviewing Michael Hoffman on this book, They Were White and They Were Slaves. This was cutting edge use of YouTube back some years ago. Ernst did these shows up in Canada for years and led to his eventually be renditioned to Germany, a dark stain on American law enforcement for all of those involved.