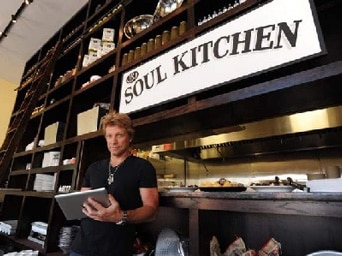 WASHINGTON – The Department of Veterans Affairs launched a new contest today to help the people who help the homeless.  It challenges the developer community to create easy, mobile access to resources that the homeless need, when they need it and where they can get it.

“This contest taps the talent and compassion of the Nation’s developer community,” said Secretary of Veterans Affairs Eric K. Shinseki.  “We are asking them to make a free, easy-to-use Web and smartphone app that provides current information about housing, health clinics and food banks.”

Project REACH (Real-time Electronic Access for Caregivers and the Homeless) was announced in collaboration with the Departments of Housing and Urban Development, Health and Human Services, and the Jon Bon Jovi Soul Foundation, a non-profit organization dedicated to helping the lives of people facing economic challenges.

“Last year’s 12 percent drop in Veterans homelessness shows the results of President Obama’s and the whole administration’s commitment to ending Veterans homelessness,” said Secretary of Housing and Urban Development Shaun Donovan. “I want to thank Jon Bon Jovi for being a part of that effort and for using competition and innovation to advance the cause of ending homelessness.”

One out of every six men and women in homeless shelters are Veterans, and Veterans are 50 percent more likely to fall into homelessness compared to other Americans.  The administration has adopted a formal “no wrong door” philosophy that means all Veterans seeking to prevent or escape homelessness must have easy access to help.

“At the Soul Kitchen we’ve seen the need for a simple, user-friendly, comprehensive application that connects those in need to resources in their community. As we sought out a solution to resolve the disconnect, we found the VA, HUD and HHS to be of like mind. Together we can provide the information about existing services – now we need the bright minds in the developer community to create a platform to tie it all together,” said Jon Bon Jovi, musician, Chairman of the JBJ Soul Foundation and White House Council for Community Solutions Member.

The ultimate goal of the contest is to create a national platform that enables health clinics, food kitchens, housing services and shelters to update availability of key services automatically on the Internet.  The winning app will collect, map, and electronically distribute that information for communities across the nation.

Five finalists will pilot their mobile applications at JBJ Soul Kitchen, where diners can cover the cost of their meals either through donation or volunteer service.

The contest will be conducted in two phases.  Finalists will be judged primarily on their ability to dynamically update information about housing and shelter near JBJ Soul Kitchen.  Basic performance criteria is described in www.challenge.gov.

Additionally, competitors must also be able to display information about local VA services, employment support, crisis hotlines and local legal assistance resources.  The first five entries to meet those requirements will receive a $10,000 cash prize and the opportunity to test their app at the JBJ Soul Kitchen.  The winner will receive a $25,000 prize.

“Putting this information in the hands of those who can help will make a tremendous difference in the life of a homeless Veteran or anyone who experiences homelessness,” said Jonah Czerwinski, director of the VA Innovation Initiative.

“Secretary Shinseki is very clear,” added Pete Dougherty, acting executive director of VA’s Homeless Veteran Initiative. “Our mission is to end Veteran and chronic homelessness.  Innovations that get information about services right to the point of contact in real – or near real – time using smartphones and Internet technology are going to have a big impact.  They are going to help us defeat Veteran homelessness by 2015.”

CHICAGO – SEPTEMBER 08: Pedestrians walk past Macy’s and Marshall Field signage at its flagship State Street store September 8, 2006 in Chicago, Illinois. On Saturday, September 9, 2006, 61 Marshal Fields stores in the Chicago area are changing their name to Macy’s. Federated, the parent company of Macys will change the names of approximately 800 stores in the U.S. as part of a merger last August with May Department Stores. (Photo by Tim Boyle/Getty Images) web site macys printable coupons