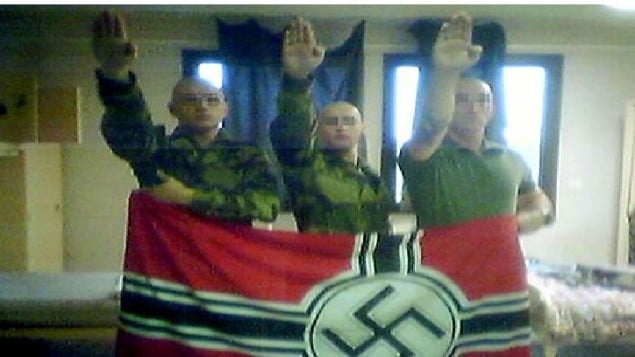 Update: 12 pm, 03-22-12. Gunman killed in final shootout. Confusion reigns on earlier background reports. French claiming they were not aware of his earlier arrests in Afghanistan, bombing making and prison escape.

American military had claimed they had picked him up and turned him over to the French NATO people and he had been repatriated back home. It appears some further investigation will be needed to straighten it all out, or for everybody to get their stories straight.

Note: Media had previously reported several times that he had surrendered.

News is now reporting the shooting suspect in custody. But already being revealed is that he had been ‘known’ to security services.  So we are looking at a huge failure of French security. Expect to see some fancy dancing soon.

Last night it was reported that the brother of the shooter had contacted a motorcycle shop about disabling the GPS tracking device on the Yamaha model of the stolen motor cycle.

Also, reported by Jewish news sources that Neo Nazi groups were going to be put under close scrutiny…those folks always trying to tie in any of their usual bogeymen on these types of events.

The feature image I used was of the original suspects who were cleared after interviews and having served their initial purpose. A review of timing events will show that French authorities were already focusing in on another suspect. So the Neo-Nazi thing was just a cheap diversion.

Looking deeper into things, professionally, without an agenda to push, here is what we see:

For someone under a counter terrorism watch to be riding around on a stolen motorcycle (despite being painted) and having accumulated a pile of weapons is a five star failure of intelligence.

There seems to have been an effort on the part of the shooter to steer the authorities on dead end chases through picking false flag victims which took advantage of the ‘usual suspects’ on the French landscape.

The initial soldier shooting had a Basque group signature to it as they have targeted police and military in the past.

The second attack, again on minority soldiers, triggered an interest in ‘far right’ suspects, which was politically exploited instantly by the Left wanting to taint French Right candidates.

The third attack on the Jewish School, again gave the shooter more cover of a Neo-Nazi far right group involvement.

French authorities now are trying to focus that the attack was ‘on the French Army’…when they have not been a high profile target in the WOT. Despite the suspect’s now widely reported claims of being and Al Queda bomber, not a soul has asked yet why was his past talent not used in the attacks, especially if his target was the French Army.

Gone miraculously now are the initial claims of NeoNazi involvement.

And the Israelis, never slow in exploiting killings anyway possible, are suggesting to French Jews that the only place they can really be safe is in Israel. They didn’t even wait until the bodies were buried. I wonder where they think the victims of Israeli state terrorism should go?

The dead Jewish victims traveling almost by magic carpet back to a instantly arranged public relations burial in a country born under State terrorism, where many of their early national leaders were Irgun leaders, and revered now as national hereos.

They have run some of the most extensive state run terrorism operations on the planet, but by know means alone.

Our Intel sources consistently inform us that 85% of all terrorist attacks are state sponsored and with western nations deeply involved in using them as false flag tools for exploiting their own publics.

Our own 911 is being widely discussed now in the Intel community has having had inside involvement from some of our known shadow government hoodlums, in and out of government and some overseas buddies of theirs.

So despite the claims of barbarism by all, we see a public relations ‘barbarism’ in play by many trying to exploit these crimes to their own benefit.

I wonder where they might have gotten an idea like that, since the position is currently occupied.

Andrew Brevick was a non Jewish arch-Zionist who admired their pure blood line theory which goes back to the German Zionists wanting to copy the Ayrian race purity thing.

We have already had ten times the media coverage of these unfortunate Jewish school children and for the 60+ killed by Brevick, who just happened to belong to a political group that supported Palestinian rights.

In his case there was a quick linking him to a far right English group, while the blinders went on about his love for Israel.

Norway seems to have decided at a crazy Brevick is the best way to tidy up all the loose ends, like those others arrested shortly after the event which we never heard anything about afterwards.

I doubt the French shooter will find the crazy route open to him. The Army sergeant recently back from the Afghanistan mini My Lai incident has availed himself of the ‘I can’t remember anything about it’ defense…always my favorite.

If anyone out there wants to ask me if I smell an ‘operation’ going on here in the final days of the French Presidential campaign, with Sarkozy behind…the answer is ‘yes I do’.  And I am sure I am not alone among my cohorts.

Yes, color me suspicious. Monitoring a bad guy operation in progress, only to let it go through so that a well timed big bust with huge publicity can be taken advantage of is an old ‘dark forces’ tactic.  I am aware of a case in _____ where a mail watch was on a unpopular political dissident there, and when a mail bomb came in they allowed it to go through. Nasty, nasty.

Before the victims are cold, the political terrorists and Israel are hard at work taking advantage of the killings as best they can.  There is of course a difference between them and the shooter.  The shooter has fewer victims.

It is such a shame that we don’t have a reality TV game show where we can all vote on which degenerates gets water boarded on camera for an hour. It would be so wonderful to look forward to.

Updated video report. Toward the end it mentions that they were focusing in on this guy a week ago, through his phone conversation and monitoring his brother’s internet traffic. This report also states French authorities knew he had been to Afghanistan and arrested there.

I have not found a report yet where any mention has been made of his being a suspect back a week ago, then how was he not under 24 hr surveillance so he could not strike again. Seems like an obvious question to ask. I mean he killed four more people with them hot on his trail. I remember days where you would be shot for a screw up like that.