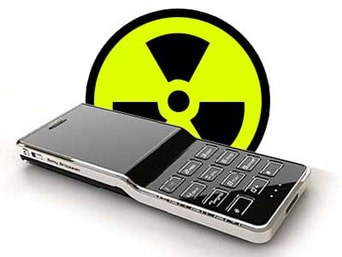 A few years ago, engineers voted for mankind’s greatest engineering achievement, and they proudly selected ‘global electrification’ as the winner.

Wiring up the world, even in the most remote outposts was a remarkable feat. Even more remarkable is how it managed to become a “metered” grid, so that no one escapes the monthly power bill.

Now a new, diabolical, twist—The wireless Smart Meter—it’s as if cell phone microwave towers, which alert, health conscious people avoid living close to were just not enough; we now have the energy threat broadbanding inside our homes and work places.

If you do not yet know about the “smart” meter let me tell you. The power company snuck one on my home, and I threatened to sue, but they removed it. (and we all experienced new unexplained symptoms) The threat of lawsuit really didn’t spook them, they know the game is already rigged, but why get this problem in the news? After all the media has dutifully ignored this huge, huge elephant so far.

A smart meter is an electrical meter that records consumption of electric energy in intervals of an hour or less and communicates that information at least daily back to the utility for monitoring and billing purposes.

This story did not leap out to us with headlines or on the Network news, it crept up on everybody the way sneaky government stuff usually does. For example, take a look at this:  The CIA wants to spy on you through your TV: Agency director says it will ‘transform’ surveillance

The fact that we all have “meters” on our dwellings, offices and factories is galling but generally accepted as “a part of life.” Inventive, freedom-loving, dreamers have long wanted to provide power sources for every individual home that needed no connection to the dreaded “metered grid.”

The power monopoly across America, with fascist collusion from government, decided they could use wireless technology on the electric meters, which are on every dwelling, office and factory across the land in order to “spy” on those who are using electricity.

No, this spying is not peering into your private papers, but it’s the next best thing; the meter not only measures how much electricity you use around the clock, but it can tell how many and what kind of household appliances you use, and how often you use them.

The RF (radio frequency) fields put out by appliance motors and all things with current can be plucked up and catalogued as easy as making a DVD, or easier.

This is relatively new, but millions have been none the wiser, until the strong fields emitted by the nearby meters in apartment dwellings or house snapped a few billion biochemical bonds in unsuspecting bodies causing grief of various magnitudes from sneezing to diarrhea, and profoundly worse.

Those of us with the wear and tear of aging, have accumulated a lot of toxins in all the wrong places. We older Americans are part and parcel of the greatest collection of chronic and metabolic disease ever downloaded on a society.

And our marvelous wireless technologies promise to make it far worse.

We boast that our modern medical technologies are miracles saving lives, but we surely are not getting our money’s worth considering the expense. Life extension is also boasted about and hyped by every snake oil salesman with an Internet connection, but the facts behind all the quick and easy claims are simply nonexistent. Testimonials be damned!

Hype springs eternal! But reality grinds along, leaving millions of aging and infirm bundled out of sight, but very much a part of practically every family’s picture.

The rare individual who reaches age 90 with a modicum of energy and strength, will likely be written up in the local media as something special. Often, the aged individual with apparent robustness has unique genetic qualities to go with healthy diet habits; it is often as simple as that.

However, we have been fed a mythology about genes and genetics that is presently as viable and truthful as the Federal Reserve system’s magic money games. Don’t buy all the crap from “scientism.”

Over the decades since I first became a serious ‘health nut’ in the 1960s, I have absorbed a thorough education in the facts of life devoid of any establishment training. Time has proved most of what I learned was/is accurate, very little proved to be off the mark.

I wrote in my newsletter about this issue recently, and have written extensively about the radio frequency and microwave pollution. Here is a sampling of the recent issue:

But even with all the nervous system and thinking requirements for the cell-respiration-produced energy we are still not talking about the biggest need for life-energy, and the key reason people get “chronic and metabolic” disease.

I’ve not read this on the Internet, nor in any book, though I have tried to verify my intuition in physiology textbooks. But I find those academic texts badly presented and confusing.

It all came together for me while trying to understand how cell phone technology could damage human systems. We were already well versed in “free-radical” damages, which are accepted as one of the mainstays of disease.

Well, radiation, both ionizing and non-ionizing can cause such molecular damage, but there is more to it than tying little knots in molecules.

Every chemical among the trillions of dynamic swimming chemicals in our bodies must have some kind of a “field” around it. (look up Van der Waal’s fields for one example) The fields allow chemical molecules to attract and repel, and also to find particular niches suited to the chemistry. Of course this is overly simple, but it conveys the point accurately enough.

The whole nature of these tiny fields is still beyond our technical reach, but one thing is certain—they cannot exist at all without a robust life-energy from cells.

When these fields fail, the basic chemistry is garbled and body functions crash. This has been estimated to occur millions of times a second, and generally it is restarted in order to heal itself.

As people age, the start-restart mechanisms wear out, toxins hasten the wear and tear, etc., etc.

Nuclear radiation particles are worse than non-ionizing particles in that if they “burn” the chemistry, the restart has little or no chance; so a high dose kills us; on the other hand there is the phenomenon called “hormesis.” Hormesis is observed, but not understood.

It is where human health gets a benefit from low dose radiation; such as when folks with arthritis pay to sit in old uranium mines, and the benefits are hailed.

What can you do to help yourself?

Since the only “medicine” known to build robust cell energy is nutrition, you may supplement your diet to make sure you get nourishment for cell respiration, with some supplements known to ‘Protect against radiation such as:

One last thing—there is no drug that will positively do for one’s body what good food nutrients can do, and that’s a fact the fascist establishment has controlled and manipulates. Don’t ever think ‘they’ have your best interest at heart.

For the year, Stroll revenues were $40 million, up 135 percent from $17 million in 2010. This continues Stroll’s track record of exponential revenue growth: since its inception in 2002, Stroll has grown revenues at a compounded annual growth rate of over 70 percent.

Dan Roitman, founder and CEO of Stroll, says, “It is exciting that in a tough economic environment, Stroll continues to post eye-popping revenue growth. Clearly, our customers want to improve themselves by learning new languages with The Pimsleur Approach. But it’s more than just having a great product to sell: we are fanatical about deploying advanced analytics to measure effectiveness of our marketing spend, and then optimizing every single marketing dollar to deliver maximum results. It’s working, as evidenced by our expectations for another year of significant growth in 2012.” Stroll is staffing up to meet expected demand and has made over 30 hires in 2012 with a total employee base of 160 in Philadelphia.

Mr. Roitman continued, “Our goal is to be a billion-dollar-plus company by 2020, and to do that we need a strong team up and down the lineup, as well as additional consumer-focused businesses to which we can apply our marketing know-how and expertise. We believe we can be to the educational market what Amazon is to retail.” About Stroll Stroll is a next generation education e-commerce platform company headquartered in Philadelphia. Stroll deploys sophisticated marketing analytics and an advanced e-commerce platform to drive triple-digit growth for the products it owns or licenses. The company’s flagship product, The Pimsleur Approach, is one of the leading audio-based language learning systems, second in the U.S. market to Rosetta Stone. The company has increased its revenue at a compounded annual growth rate of 73% since 2002 and revenue growth in 2011, alone, was 135%. By 2020, Stroll aims to exceed $1 billion in revenue through organic and inorganic growth. web site pimsleur approach review