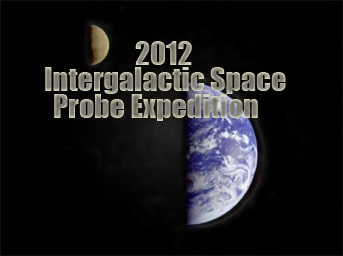 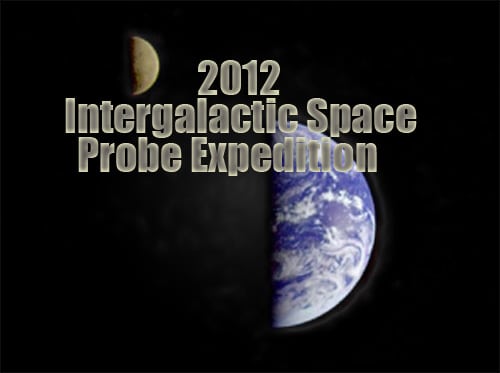 What would happen if we intercepted a report from an intergalactic space probe expedition that has been collecting data on Planet Earth for some time and have actually interviewed one of our inhabitants? Here’s the report and interview in all its objective glory.

Report: Once again, we have penetrated to within 2400 miles of Planet Earth and are currently holding and awaiting your instructions. (See telephoto of Earth and its Moon )

We have had the opportunity for some time to extensively analyze the predominant life forms that inhabit this planet and once again present the following observations ~ but this time we have also landed one of our crew members on the planet and have a rare nine minute video interview with one of these ‘humans’ regarding their government.

1. These earthlings ( they call themselves humans ) are continuously at war with each other and seemingly have no idea that the universe is cemented in a universal loving plan ~ as they are still apparently emotionally crippled by fear.

2. They also appear to have externalized God and are oblivious to the fact that God is a loving plan in action ~ an evolutionary process with which they all participate as co- creators.

3. Many call themselves Christians and worship a deeply spiritual man named Jesus ~ who lived some 2000 years ago. They seemingly have no idea that Jesus, like Buddha and Mohammed, was an evolutionary forerunner for a state of love and soul consciousness that is deepest within each one of them.

4. It is really very sad to see how they continually resist the basic law of the Universe ~   the urge to unite. It is pathetic how they keep looking outside for something that can only be experienced within themselves.

5. In that regard, they have set up massive radar Dishes and listening devices throughout the planet trying to communicate with outer space and other life forms ~ but have no idea that only by surrendering to love can they enter and connect with the brotherhood of galaxies.

6. They are very materialistic and few have grasped the life enhancing and evolutionary truth of love, altruism, social cooperation and service.

7. They are also quite self destructive ~ polluting the air, oceans and waterways and are rapidly destroying their rainforests.

8. The only hope for this planet will be the children but they are also being sacrificed in horrific numbers ~ and yet these humans still reproduce and multiply;

Get this  ~ there are one billion diseased, malnourished and uneducated children on this planet. They are running away from the wars of adults and they represent half of all the children on earth today.

More than one in six children is severely hungry. One in seven has no access to health care….Since 1990, 3.6 million people have been killed on the front line in illegal wars and occupations around the world – almost half of them were children……At least 640 million children do not have adequate shelter, while 140 million have never been to school. Safe water is something that 400 million children are denied while 500 million live without basic sanitation…. And 90 million starve!

I could go on but I’m sure you get the big picture ~ they are destroying their future along with their planet.

And yet, there are still exceptional children being born everyday on this planet ~ seemingly in preparation for a coming humanistic age cemented in love and social cooperation. One of America’s late great educators of exceptional children, Grace Petitclerc, said it well ~ “ It is as if his will born in him is already programmed for purposes which he feels compelled to pursue, and anything extraneous cannot be tolerated. We are encountering entirely new mindsets, or mental blueprints which will lead us into a humanistic age of progress.”

9. They are also barely aware of the consequences of Global Warming and because of this ~ it is possible that they will be an extinct life form within 100 years.

10. The number one ‘so called ‘ super power, the United States, has recently elected a black leader who speaks of a new world of cooperation and unity among nations ~ but instead we continue to see dramatic evidence of a New World Order cemented in financial elitism, manipulation, greed and barbaric racism. Unfortunately, they continue to neglect the world’s poor, hungry and impoverished ~ by controlling them through fear as well as economic exploitation and manipulation.

11. It is difficult to believe that the American voters do literally nothing to control their out of control Military/Industrial establishment as well as the unregulated rampant greed that has destroyed their middle class. There is virtually no explanation as to why these voters do not find other alternatives than the plutocracy they have created ~ except Apathy. They also coincidentally appear to be experiencing an advance stage of moral decay and have seemingly forgotten the words of their great American poet Carl Sandburg ~ “ For we know when a nation goes down and never comes back, when a society or civilization perishes, one condition may always be found ~ they forgot where they came from. They lost sight of what brought them along.”

12.  In general, this is apparently still an outlaw planet which sees itself as alone when, in actuality, it is part of a loving and interconnected Universe.

In summary, as we said in 2009, this planet Earth is in big trouble and unless they go inside and claim the love, joy and altruism that is deepest within them and joins them to the Universe ~ they will never survive.

This is our fifth and perhaps final visit to this strange planet Earth and it would appear that they are still in denial of the universal urge to unite ~ although there are still small pockets of individuals and groups who strongly believe and are sharing this universal truth on a worldwide communication system called the Internet ~ see the Unified Field .

Perhaps there is still hope ~ and in that spirit we landed one of our officers in a place called Kansas ~ to speak to a human and inquire about their government ~ since they are now in the midst of a so called presidential election. Here is the nine minute interview with an Earthling who apparently has very little real knowledge of his government and appears to be in a before mentioned languid state of apathy.

Recommendation:  I suggest that we do make limited contact, perhaps with those few enlightened individuals I spoke of. These power and ego crazed Earthlings must soon begin to realize how insignificant they truly are in the galaxy and Monte Python’s Galaxy Song could be that needed reminder. For the only thing that individually and collectively connects them to this vast incomprehensible galactic universe is quite simply, LOVE.

I await your instructions as well as comments on our earthling interview.